Your Future Has Been Decided 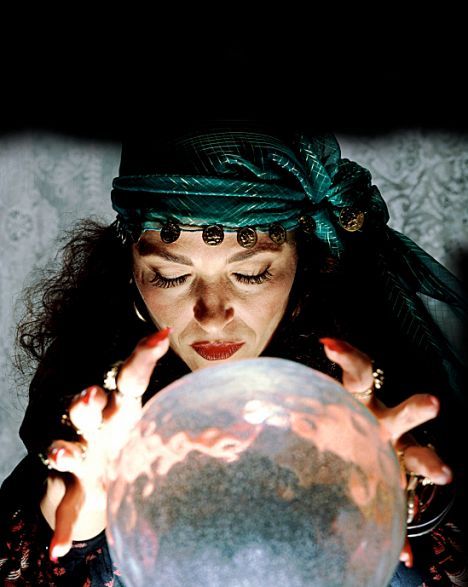 Don't you love those stories about how someone abandoned their staid old life and embarked on an entirely new career at age fifty?

Sorry, I'm not buying it.

I'm a believer that what we will become has been decided for us by age five. We can fight against it, but we can't change the essence of ourselves. There may be detours along the way, but most of us come back to our real nature eventually.

When I was five, my career goal was to be "in charge". Rather a nebulous ambition, I admit, but there is a logical rationale behind it. I was a shy kid (which, by the way, is not a fun way to be); timid; scared of making a wrong move and drawing others' eyes to me. A darkened corner was my preferred resting place. Shy kids aren't wobbly toothpicks -- they do have a strong spirit, but it stays hidden. Shy kids are probably more resilient than most people. They depend on themselves -- for comfort, for validation. They know their talents, but take them for granted. I was a kid who drew pictures and made up stories and songs. These weren't pursuits I needed to "learn"; they were just what I did.

The thread that tied these games together was that I was at the front of the room and I was in charge.

Shy kids want to be in charge; be noticed; be the center of attention -- but only if they are in control.

I suppose I was, too, a bit of a ham. I craved attention, but only at my behest. You can look at me when I tell you it's okay to look at me.

Today, all these years later, I am a teacher, so to speak. I like parts of my job -- those that put me in front of the room. I can walk among my students and lecture extemporaneously. In real life, I'm generally tongue-tied, my words sputtering forth in fits and starts; but in front of a group, I'm transformed. There is no explanation for it, and I don't spend any minutes pondering it. It is what it is.

It's me. The essence of me.

I bided my time for a lot of years, functioning as a clerk-typist or another button-pusher -- a cashier -- working quietly; unobtrusively, before the opportunity presented itself, or perhaps before I made my own opportunity. It's difficult to say after all this time if the possibility found me or if I found the possibility. However, once I became "in charge", I was at home. And that's when I shined. All that practice at age five paid off, finally.

I could tell you about my kids and how what they were at age five turned out to be what they became, but trust me on this -- I was there. I saw it, and I know it.

I'm not saying that our life experiences after age five don't shape us. Everything shapes us. But those experiences are the extra cheese atop our pizza. They enhance, but they don't create.

Musically, at age five, I was adrift. There were good records released, but music confused me. It was schizophrenic. Some of it was as dull as the test pattern on our big console TV; some of it my big brother informed me was good music. The only song I made up my own mind about; the only one I definitively knew was good, was this:


The number one hit of 1960 is one that Don Draper would really like; one that Adrian Cronauer made fun of:

My most lingering memory of 1960 is that Connie Francis was the girl singer. One could win a free 45 RPM single from the local radio station by being the first caller to identify who sang this song:

As girl singers went, I preferred this:

Yep, taste is not acquired, but born.

In 1960 it was the battle of the girl singers -- Connie Francis versus Brenda Lee. We know who ultimately came out on top, don't we?

This song sucked, but that didn't stop the DJ's from playing it over and over. We were bereft of decent music in the midpoint of the twentieth century . Even at my tender age, I knew this song was just wrong:

My brother informed me this was good music. He was not wrong:

My older sisters were such slaves to pop fads. I'm so glad that never, ever, happened to me. I mean, I never once did The Jerk or The Watusi. Never.

My dad liked this song. I was never an Elvis fan (sorry; still am not), but if my dad liked something, that carried even more weight than my brother's opinion:

I missed this song in 1960 and only caught up with it later. At least the five-year-old me doesn't remember it. My loss. This guy would see me clear through the eighties. And...whoa...

Don't try to deny it.