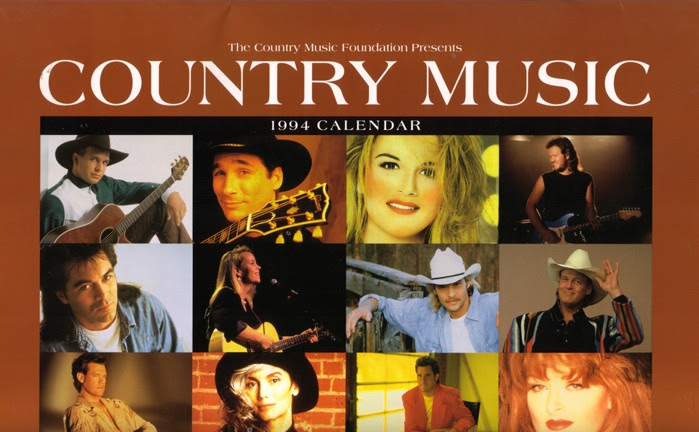 My new career path of "being in charge" became exponentially better in 1994, once Evil Boss From Hell was canned. Connie, as I detailed in my previous post, had committed an error many in the corporate world make; becoming drunk with power. It's silly when you think about it -- a company only wants you around as long as you are useful to them. The corporate bosses don't care how high an opinion you have of yourself.

Our little office being a far-western outpost of the East Coast Insurance Corridor, we'd had little oversight. As long as our numbers were good (really good), as far as our overseers were concerned, everything in Bismarck, North Dakota was peachy. They didn't know, and probably didn't care that Evil Connie had created her own little fiefdom on the prairie. The office dynamic was much like all offices; underlings who gushed over her, their red lipstick prints imprinted on her butt. The rebels, who either didn't know any better (me) or just said "F it". A couple of us thought our charge was to produce results and to treat our employees like "people". Ha. I was desperately naive, but this was my first time being "in charge", so I operated on instinct.

I stepped confidently into Evil Connie's office for my annual review. My unit's numbers were superb. I was expecting a few kudos and a decent bump in salary. Instead, I was accused of "making the other supervisors look bad". I'd brought caramel rolls for my staff one overtime Saturday morning. "LeeAnn didn't bring caramel rolls!" she charged, jamming her bony finger at me.

I was upbraided for not stopping in to say goodnight to Evil Connie on a daily basis.  As the haranguing continued, I began to cry. The evil woman refused to even reach behind her to grab a Kleenex out of the box to quench the ugly snot that was now dripping from my nose.

Evil Connie's parting words to me were, "Either you become part of my team or I'll replace the team."

The only person I ever told (I didn't even tell the person I was married to -- I was too mortified and ashamed for jeopardizing our family's well-being) was my mentor; my fellow supervisor, who I called that evening. She'd endured the exact same diatribe the same day. Carlene was maybe the rebel of the bunch, but not really. She simply had conducted herself the same way I had -- with a modicum of respect toward her employees. It was maybe a bit better to know I wasn't alone, but I still scoured the newspaper want ads that night. It was clear my days at US Healthcare were limited. I would stop in every evening from that point forward and say goodnight to Evil Connie, and hold onto my job as long as I could, or until I could find another source of income. Our town was tiny and open positions were nearly non-existent. I stepped inside my glass-enclosed cubicle at the front of my unit every morning and tried not to break down in sobs.

The Philadelphia honchos generally showed up once a year, if they couldn't find a way to get out of it. To us, they were voices over the phone; I barely recognized their faces when they appeared in the office. I'd see strange men tramping through the corridor and it would dawn on me that these were "the bosses". One was named Dave and I don't remember the other man's name. They showed up unexpectedly in the summer of '93 and sequestered themselves in an unused office. We supervisors gaggled about, speculated. This wasn't a scheduled visit. Eventually, around 1:00 p.m. my phone rang and I was summoned. Dave and Other Guy asked me questions about Evil Connie. I have no recollection what I spilled. I do remember telling them that Peg and Inez deserved to become supervisors (they had languished as assistants for far, far too long and they were smart). I must have said things about Evil Woman, but I don't remember. I do remember wondering why, of all the supervisors, I was the one they zeroed in on.

That was the day I sat in my car at 5:00 and watched, before I shifted into reverse, Evil Connie exit the building with two paper grocery bags and a potted plant. I slumped down in my seat and stared. It seemed like she was leaving forever, but I was disoriented; flummoxed.

I will never know how it happened that Dave and Other Guy homed in on me. Carlene was the only one who knew and she professed innocence and I believe her. She had her own story to tell -- she didn't need to use me as a surrogate. Am I sorry I helped to get Evil Woman fired? No. I've learned that karma doesn't always work, but sometimes it does. After all these years, do I feel sorry for Evil Connie? No. I will say that she taught me one thing, though -- always watch your back. There are always more people who'd rather shoot you than shake your hand. And it's all based on their insecurities; their shortcomings. Their inherent flaws.

(Shortly thereafter, both Peg and Inez secured supervisor positions. It remains one of the few times in my life I ever felt listened to.)

Once Evil Bitch was gone forever, some poor decent, capable, professional man got shipped in to take over.

I don't remember his name (alas), but someone back in the home office must have been jealous of him; wanted to get rid of him, so they gave him the least desirous post they could find on the map. New Manager was a good company man, so he (no doubt reluctantly) acceded to his new post (I would soon enough find out how that whole scheme worked).

This man was completely hands-off, which is how a manager should have been. But he did understand that we were all winging it, and he brought in professionals to teach us how to be supervisors. We all met at lunchtime in a conference room and were schooled in management theory. Our new manager passed out paperback copies of "Leadership Secrets of Attila The Hun" and sent us home to read and absorb. This man is now long retired, but as professionally distant as he was toward us, I will never forget what he did for me. I didn't need to get up close and personal with him; I didn't need to shed tears in his office. I needed him to manage and mentor, and that's exactly what he did.

As the soul-crushing cloud of Evil Woman dissipated, life at US Healthcare became sweet. Somebody came up with a "get to know you" game, in which we devised ten questions for each person to answer, and we had to find someone whose answer matched the one on the card in our hand. It was a free-for-all of everyone milling about, trying to notch ten correct responses so we'd win. It was a game without a prize, but that wasn't the point. I remember one of us supervisors came up with, "What kind of car do you drive?" and our aloof manager had answered, "Infiniti", a make of car of which I'd never heard, but I realized this guy had money, and why not? He had a thankless job in a rustic wilderness. He deserved some kind of reward.

Me, being me, devised the question, "What's your favorite song?" That was fun. I soon learned that, out of the one hundred and fifty-or-so of us, one hundred and forty-nine loved country music. That warmed my heart, because country deserved to be loved in 1994. Diamond Rio, Collin Raye, Mark Chesnutt, Dwight Yoakam, Vince Gill, Joe Diffie, Little Texas, George, Pam Tillis, Clay Walker, Alan Jackson. It was a country music renaissance in '94.

Life was suddenly good and we had music like this:

Sorry, no live performance video of this one, but come on:

I confess; I love this song:

I saw Diamond Rio in concert once, in an intimate casino setting, and I also saw the mandolin player, Gene Johnson, eat a steak and baked potato in front of me, bothered by autograph-seeking fans, but while I was seated behind him, I gave him his space. Anything else would have been disrespectful, but I did and do love Diamond Rio:

They used to make heartbreak songs:

Alan Jackson's flame had turned into more of a smolder already by '94 -- he was settling into a real career that would eventually land him in the Country Music Hall of Fame. That doesn't mean he wasn't still making good records; they just weren't Oh Wow! records. I like this one:

This recording did sound familiar, but I didn't know (or had forgotten) that it was a Jackie DeShannon song. In my defense, it had been the B side of another track, and it was released in1963, when all I cared about was Top Forty (though I had no idea what Top Forty actually was). Regardless, Pam Tillis did Jackie DeShannon proud:

I could include tons more hits from 1994, but suffice it to say that it was the tail end of the golden age of country. I was thirty-nine years old and on my way to horizons and heartbreaks I couldn't even conjure.

1994, however, was the last time music played a huge part in my little life story.