When Evil Manager Connie was shepherded out of the building in 1994, I finally felt like I could be myself; not a simpering lackey dutifully following behind her big fat ass as she conducted a tour of our new office wing.

I had swallowed my meager pride and forced myself to genuflect before her eminence in a last-ditch attempt to hold onto my job, which was the best-paying job I'd ever had and would ever have in Bismarck, North Dakota -- a city bereft of presentable positions. My deceit worked -- Evil Connie wasn't too perceptive. In actuality, she was such a megalomaniac, she believed that I'd suddenly fallen in love with her. She, in turn, came to see me as one of her dutiful soldiers. I was ON BOARD! In truth, I hated -- despised -- her very existence.

I played that painful game for three long (l-o-n-g) years, before I got my chance; a chance I didn't seek out, but one that fell in my lap. One I hadn't planned for; an opportunity that was thrust upon me.

I didn't waste it.

I take pride (and credit) for getting that miserable piece of human existence fired. (All you other USHC supervisors -- you're welcome. Except for you, LeeAnn and Linda, because you were the ultimate ass-kissers and you two will just need to live with yourselves.)

Nearly a quarter of a century later, corporate culture has progressed to the point at which managers can no longer abuse their subordinates with impunity. Human Resource departments are eager to justify their value, and they cherish nothing more than culling the herd. In '94, the little people needed to simply shut up. Like I said, I didn't seek out the opportunity to spill my guts. Somebody asked me and I didn't waste the opportunity. I had three years of vile hatred choking my intestines.

Once Savior Replacement Manager had moved on to brighter vistas or soothing retirement, our VP, Dave Kolton, recruited a guy he'd worked with at Mutual of Omaha in Lincoln, Nebraska, to make the slippery move to Bismarck and be in charge.

Phil was an easy mark. We all pegged him immediately as a lazy guy who'd much rather page through the local phone book than actually manage. I was surprised I didn't pop into his office one day and catch him clipping his toenails.

My unit was situated right outside Phil's office, so he focused on me preternaturally. I didn't purposefully dress provocatively -- short skirts were the order of the day -- but Phil wasn't shy about commenting on the fact that he saw my legs "all the way up" as I was bending over, peering at my employee's CRT, helping her with her question.

Phil was a pervert.

Phil and I had our go-rounds. He was an Aries to my Taurus.

One day, as I was erasing words from my whiteboard, during one of our "Goal and Go" days, he sauntered up and said, "Your unit is always the first to leave." I whirled around, fuzzy eraser in hand and hissed, "My people do more than their share and YOU KNOW IT."  Little Phil skulked away and for a second I thought, "You've blown it...again".

I thought I'd have to begin scouring the want-ads once more, and I beat myself up the entire weekend I'd ridden Evil Connie from our existence, and now I'd overplayed my hand. But damn, my people didn't deserve the flick of his hand! 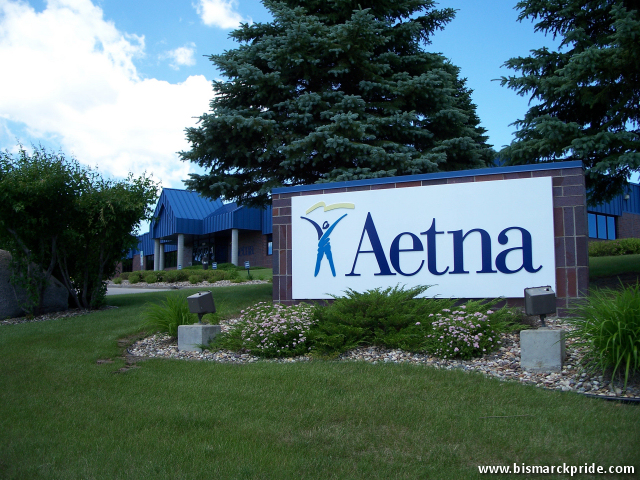 (You would find me somewhere behind the sign, near those windows, smoking.)

A funny thing happened, though: Bespectacled Phil was actually cowed. He avoided me for about a week. Eventually he and I came to an unspoken understanding. He would no longer make half-assed comments and I would address him with a modicum of respect. Sometimes he'd stop into my glass-encased "office" and plop down in my second chair, shoot the breeze; try to be funny. I always laughed. I wanted detente. I wanted to keep my job. I'd experienced much worse managers. So Phil was a lazy sloth; at least he did little harm. In hindsight, I think he was supremely insecure and puffed himself up to mitigate his vulnerability. That's the difference between men and women. Women castigate themselves for failures. Men over-compensate.

My unit was comprised of over-achievers. No claims unit in the history of US Healthcare had ever achieved 100% quality for a full month. It was unheard of. Until my unit came along and smashed it; not just once, but over and over again. I had some really smart employees -- really smart. Take care of your people and they'll make you look good. My people made me look good. That would lead to something completely unexpected the next year; something I was sure I didn't want, but that Good Ol' Phil told me to "think about and then come back and say yes".

However, before that day arrived, there was music. Maybe small towns breed homogeneity. Maybe we're supposed to disdain that; but maybe we like having people around us who share our tastes. We all liked country in 1996. Those who didn't rarely brought it up in conversation. There was the rare Mariah Carey fan, and I was okay with that, although I admit I tried to steer that wayward wanderer toward George Strait -- as a public service.

This music made me feel good:

There was this new girl. I wasn't completely sold on her. Female country artists had a certain protocol they needed to follow, plus she didn't sound like or present herself like any female country artists I knew. The thing was, one couldn't ignore her. I secretly loved her, but publicly dismissed her. I was a rather rigid music aficionado then:

I was never on board the Garth Brooks train. I thought his songs were mostly maudlin and frankly, not country. I think Garth might admit as much. I never understood the Garth Mania, but I guess he was a cross-over and that meant...something. I bought approximately four Garth Brooks CD's and was able to winnow out two...three at the most...decent songs. I did like this one, though, but alas, Garth didn't see fit to film an official video for it. I guess if you don't have a piano and red splotches of blood, it's just not worth one's time:

Clearly, the best country song of 1996 was one that Patsy could have recorded in the sixties. My old DJ friend Bill Mack (not an actual friend, but a lion of country radio who I cherished) wrote this song. Too bad LeAnn Rimes apparently couldn't live up to her hype. She is a phenomenal singer, but she chose to go a different way, which is okay. She'll always have this:

1996 will always be mine and George's year. Professionally speaking.

It would not be long before country became sewer waste and my life would be turned upside down. Music and I soon would take a break.

But it was sublime while it lasted.