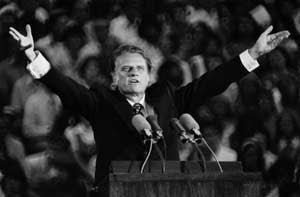 I'm not as religious as I once was. Or maybe I'm more religious than I once was. See, when I was a pre-teen, I was lost and searching hard for some thread of deliverance. Raised a Catholic, I loved the rituals of the church -- the stations of the cross at Lenten time, when the priest, followed by his two altar boys, would stop at each statuette along his path and say a solemn prayer. I didn't exactly grasp the meaning, but it was such an august procession that it had to have deep significance. I prayed hard during that ceremony, and that couldn't have hurt, right? The Catholic mass also featured the priest swinging sensers of incense, which smelled "holy". Dipping one's fingers in a font of holy water and making the sign of the cross, and genuflecting before entering the church pew, seemed somber and sanctified.

The rituals of the church were sublime, but the incessant scolding didn't strike me as God-like. Silly transgressions, like eating meat on Friday, would damn me to hell. Taking communion without first slipping inside the dark airless chamber to confess my "sins" to some guy would also send me to the fiery depths. Poor babies who died before being baptized would be sentenced to a place called purgatory. And they didn't even get the chance to do anything wrong.

I hope the church doesn't preach that kind of nonsense anymore. I don't know, because I stopped attending mass sometime around age eighteen. I think confession was my line in the sand. I never ever thought it was right, even as an eight-year-old. I can understand talking to someone and getting some life counsel, but that whole recitation of made-up sins was pointless. And who were these "priests" anyway? They were cloistered and had no inkling of real life.

I needed someone to help me, and all the embroidered robes in the world weren't going to quiet my troubles.

Those who "raised" me weren't actually my parents. I had a few pseudo-parents; whomever was available and offered something I needed to learn -- my sister-in-law was one. People who worked for my parents. My friend's mom. Perhaps a teacher or two.

One sundown July evening my sister-in-law was manning the motel office when a Scottish couple with three redheaded kids checked in. I was eleven or twelve at the time, and lazing about, observing everyday life. The man asked about available babysitters. He and his wife wanted to have a nice dinner out. I wasn't a natural babysitter -- I despised it, actually. I don't know why everybody thinks pre-teen girls are natural baby-slingers. Is that supposed to be an innate talent? That twilight, however, I popped up off the sofa and proclaimed that I would be happy to babysit. Frankly, I was entranced by the couple's accent, and perhaps wanted to experience something "foreign".

I have no idea where my mom and dad were; why neither of them were working and why they had indentured my new sister-in-law to cover for them. My educated guess is that Dad was drunk in a bar and my mom had consumed a couple of tranquilizers and was blissfully snoring away in her bed. This was de riguer, so I didn't waste any brain cells contemplating it.

Regardless, I tromped over to room 33 at six p.m. and commenced to wrangle and entertain three bouncing tow-heads.

After an hour or so, they all drifted off to slumber and I clicked on the TV and perused the three available channels. My best option was a Billy Graham crusade.

That night, what Reverend Graham was saying made me sit up straight. He said things like, "God loves you". That was a new concept! Here I'd thought God had a checklist and made tick marks next to every task I'd failed at. The reverend said something about loving everybody or something, and that sinners were lambs of God. And that God satisfies every longing of our hearts.

Billy Graham was clearly an honest man. I had long ago cultivated an excellent BS detector, and this guy was honest and pure. And he made me feel like I was a worthwhile person. This was new!

When the Scot parents returned later, I practically skipped out of the room and took three or four laps around the complex, greeting every stranger I encountered with a hearty "Hi!". I was not one to speak to strangers, but I suddenly felt light-footed, aloft on an imaginary breeze.

That feeling didn't linger, but the concept of God's love did.

There aren't too many really good people in this world.