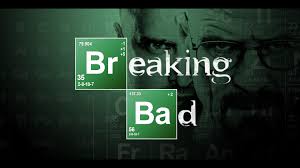 Dave Porter can create the soundtrack of my life anytime.

It takes a rare talent to do it right. When it's right, you know it. When someone is phoning it in, you know that, too.

I confess, I am obsessed with Breaking Bad. My life partner and I have watched the entire series twice now, and damn, I forgot a lot of stuff from the first time! If there is a more perfect TV show, well....no, there just isn't.

Aside from the cast and the writing and the cinematography, there is the music. If I was a music supervisor, I would luxuriate in my serendipity. But it's a hard job, matching the quintessential track to that breath-stirring scene.

I could create a complete album of tracks from Breaking Bad, and relive each moment in infinitesimal detail. And I think I might.


David Costabile must have had to study that song for weeks to be able to sing along.

It was a touch of genius to use a dusty cassette tape of Marty Robbins in the last episode:

The most obvious reference that nobody thought of:

The most ingenuous use of a song I never liked:

I could watch Breaking Bad over and over and over. It gets inside your bones. I'm smitten with Jesse and Mike and Hector. And Badger and Skinny Pete. And mostly Hank and peculiar Marie.

It's mostly thanks to Vince Gilligan and Bryan Cranston, but also to Dave Porter, for creating the soundtrack to a bizarre world.

SPOILER ALERT:  Don't watch this if you haven't watched the series in its entirety (and you really, really need to):