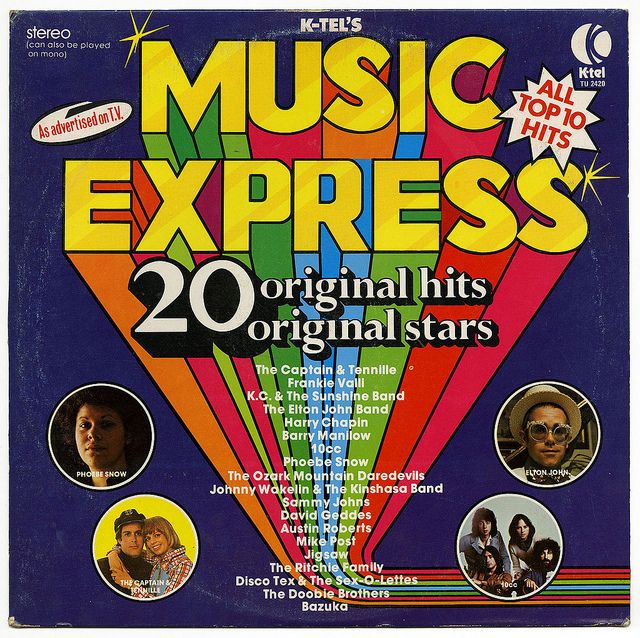 (What better way to get all the hits?)

At the start of 1977 I had a two-month-old baby and had lost my girlish figure. Granted, I'd lost that the moment I learned I was pregnant, at which time I indulged myself gluttonously. Someone remarked that she was sure I was having twins. Whatever, bitch.

A new president was inaugurated in January, unfortunately. Forty-odd years of listening to this sanctimonious guy proselytize, as if he wasn't an utter and complete failure. I blame him for ushering in an era of bad music. He had an innate knack for bringing everyone down.

And speaking of bad music, it's not so much that disco was bad as that it quickly became monotonous, with its "four on the floor" beat, which didn't leave much room for variation. The Bee Gees, however, seemed to take to it effortlessly. But I'm getting ahead of myself.

The year began with this song that was featured incessantly on the Midnight Special:


My baby and I spent many two a.m.'s in the living room rocking chair watching old Maverick reruns. He couldn't really follow the plot, but he gave two little thumbs up to James Garner. This episode featured some no-name actor who was never heard from again:

Rich people in 1977 owned something called an "Apple Computer", although they couldn't really do anything with it except show it off to their envious friends, because there wasn't yet anything called the "internet". Plus it was ugly as hell. At some point in the future these Thurston Howells were able to utilize their pricey trinket to play Pong.

In winter fashion, we bulked up on cowl-neck sweaters. All the better, in my opinion, to conceal the baby fat. These were best paired with tan polyester wide-legged pants.

In February, some band called "The Eagles" had a hit song. These guys apparently didn't get the Disco Memo that was circulated to all artists with record contracts.

These guys were around, with their Conair-styled hair:

Prime-time TV was devoted to Little House on the Prairie and Happy Days (when Richie still had a big brother named Chuck, who later entered the witness-protection program) and my personal favorite, Barney Miller.

There was apparently a lot of killing going on in '77. We had the Son of Sam and Gary Gilmore, who was big news because he chose to be shot as his form of execution (I preferred the Tommy Lee Jones portrayal to the actual real-life event).

CB radios were things that people bought and then didn't know what to do with. Rod Carew of my Minnesota Twins was named MVP.

There was a song by a female vocalist that I liked a lot. She would later go on to sing Baby and Johnny's theme song.

Speaking of babies, a Baby Gibb brother would foreshadow the tsunami that was to come, by having a disco hit with this:

Sure, disco was bad, but put in perspective, nothing could be worse than these two hits:

We washed out our ears with this:

Late in the year, I got a night out (with my mom). She wanted to see the year's hot new movie. If you've never watched an R-rated movie with your mom, it's an awesome experience. As you slump down in your seat during the sex scenes and huddle on the floor amidst yesterday's spilled popcorn kernels, you wrack your brain trying to decide how to comment on the movie on your way out of the theater. "John Travolta's silk shirt was pretty." "Wow! Those...disco lights!"

Nevertheless, aside from Patrick Swayze, this was the awesomest dance routine performed in any movie, anytime:

And thus, this little band of brothers from Australia embarked on a whole new career and will forever be known as THE phenomenon of 1977:

Thanks, Bee Gees, for the leisure suits and gold chains.