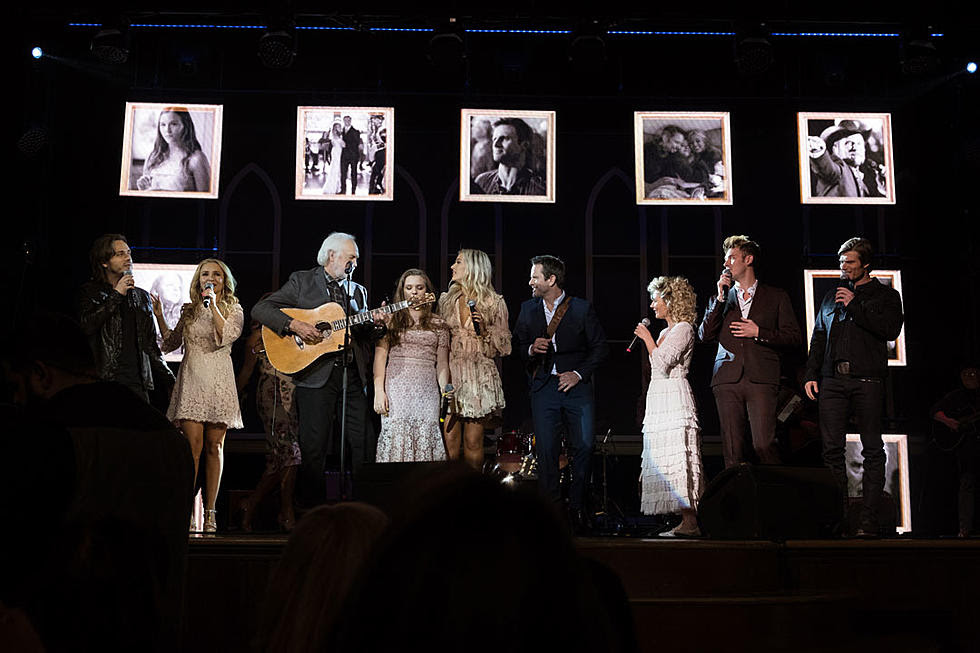 Yep, I stuck with it.

I almost didn't. The show went off the rails sometime in the middle of the fourth season, and the storyline became more and more implausible. When ABC cancelled the series in 2016, I assumed it was the end, and the "last" episode tied things together nicely. Then CMT announced it would pick the show up, and I had a decision to make. Did I want to continue? CMT's scheduling is messy and hard to disentangle. I'd watched Hulu for free from time to time; now I bit the bullet and purchased a subscription, expressly to watch this show that confounded, perplexed and sometimes bored me. When one has invested four years of their life in characters that now seem like "real" people, it's not easy to just dump them off a cliff. Plus, I'm not a quitter.

I never believed Connie Britton as a country superstar. For one, she is not a good singer. That's no knock; I'm not a good singer, either, but then again, I don't portray one on TV.  Rayna was never, ever my favorite character.

I started out hating Juliette Barnes, but it's a tribute to Hayden Panetierre's acting chops that Juliette eventually became sympathetic and, in fact, cherished.

Only diehard fans will remember that Avery was a complete and utter jerk in Season One. The supposed breakout characters were Gunnar and Scarlett. My six-season record is intact of hating Scarlett. It's not the Australian actress's fault. The show runners encumbered her with a preposterous, intelligible accent and a neurosis that was not endearing, but rather, grating.

I would be remiss if I failed to mention Deacon (Charles Esten), who was an alcoholic songwriter and a weak would-be singer; and of course, the Stella Sisters. Esten's main claim to fame before Nashville was as a recurring cast member of Drew Carey's improv show. Now he appears on the Opry, because music fans like recognizable faces. When Connie Britton quit the show, Deacon assumed the main character role because Hayden Panetierre was coping with post-partum syndrome and somebody had to be the star.

When Daphne "forgot" that she had a real father and coolly replaced him with Deacon, I began to have my doubts. But I, like Dallas viewers in the seventies, suspended my belief and chilled.

Other characters have come and gone. Will was always gay, but married Aubrey Peeples (not literally), who went on to fall in love with Goldie Hawn's son, who fell to his death off the roof of a skyscraper...which served to advance the Juliette story. I vaguely remember an early episode in which Juliette's mom shot and killed somebody who was a pain in the ass to Juliette, but the sixth season told us that Mom was bad and that's why Juliette joined the Church of Scientology (er, the Church of Coherent Philosophy).

Things keep chugging along in the Nashville universe.

A word about the music, which ostensibly, the entire series was about: No way in any known universe was the music on Nashville "country". That's not a bad thing. Through the years, the show's music directors have included T Bone Burnett and Buddy Miller, who know good music, but don't cleave to the current fad of country-which-is-sort-of-rock-really.  The songs featured on Nashville would never be played on Hot Country Radio. Never. I liked the songs. Some were, in fact, awesome. And Hayden, by the way, if you ever want to forego acting and take up a new pursuit, I'll buy your album (and I never buy albums).

Here is my initial review of Nashville from 2012.

Did I cry when it ended? You bet your cowboy boots I did.

Am I sorry I stuck it out? Nope. Through all the BS and fast-forwarding, Nashville had heart.

It's important to finish what we start. And sometimes the journey is worth it.