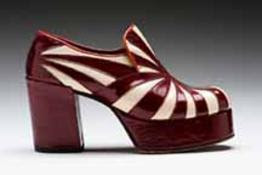 The friends in my life were friends of a time. I may have even forgotten some who were once important to me. I'm not sure how others make friends, but mine have mostly have been through my various jobs. I know people who've had friends ever since high school. That didn't work out for me. My best friend from sixth grade through high school graduation, Alice, died. I did have other friends in school, but they were ancillary friends. I only had one best friend, and that's all I needed.

And truth be told, Alice and I stopped being friends around the time we turned twenty-one. We had wildly divergent lives -- I became a new mom and she was single and singing in a band. I was searingly hurt when I called her and wanted to drive over with my newborn son to visit and she responded indifferently. I never did go. That was the last conversation she and I ever had.

Once my kids were older and my then-husband and I escaped for an occasional night out, we'd sometimes patronize the club where Alice and her band played every weekend, and we'd ease into a table next to the one where the band took their breaks, but she and I never even acknowledged one another. If I had been older and wiser, I would have made the effort to at least walk over and make superficial conversation, but I waited for her to make the first move. She never did. Hurt feelings; hurt pride; confusion -- she and I had once been as close as two humans could be, and now we were strangers.

Several years later, my son called to tell me Alice had died, and I mourned silently -- I guess mostly for the times that could never be relived. I frankly didn't know her; I'd stopped knowing her in 1974. That didn't erase the eons when her friendship had buoyed me through the hell I was living at home; the afternoons she spent in my dank bedroom teaching me how to play guitar; the giggling inside jokes we'd shared.

I never again had a best friend.

The truth was, Alice and I most likely became friends because we were thrown together, but I liked her, despite (or because of) her crazy life. I lived vicariously through her adventures. Alice had come from a small town of approximately 600 souls, but apparently very enlightened souls. She was a mid-twentieth century girl living a twenty-first century life. Alice was tall and willowy and apparently exuded a scent that attracted all manner of male persons; elderly, teen-aged, and in between; and she reveled in it. When I met Alice's mom, I was shocked to encounter a tiny immigrant lady who struggled with the English language and who steamed up a batch of Borscht soup and delivered it in a Tupperware container to her daughter's flat. I liked Alice because she tossed off testosterone-stoked attention matter-of-factly, and she was funny, self-deprecating, and guileless. Alice was confident in her identity. I, on the other hand, was still straining to figure out who I was supposed to be.

Alice and I dwelled in an office in the rear of the State Health Department, along with a hard-bitten bleached-blonde supervisor we quickly came to hate. It didn't help matters that our supervisor's husband, like every other man on the planet, magically fell under Alice's spell and showed up unannounced at her apartment door one evening. The ensuing fallout was awkward. Not for me, of course. I frolicked in the tabloid headlines. But that tiny back room became perilous, with glinting knives whooshing too close to my jugular for comfort.

Unfortunately, no live Grand Funksters to be found, but still...

This guy was unusual, but intriguing, and a helluva singer. Fortunately, this track is a bit more memorable than "The Streak":

Maria Muldaur, I don't think, ever had another hit, but this was huge in 1974, although I didn't have a camel to send to bed. I didn't even have a dog:

I tried to convince Alice, once she finally found "the one", after rabid experimentation, that she should feature this song in her wedding. She declined. I still think I'm right:

Upon first hearing this next track, I was perplexed, yet intrigued. This was an old BJ Thomas song, but BJ wouldn't have thought to do an "ooga-chalk-a" intro, I'm pretty sure. Weird songs were de rigeur in 1974. Jim Stafford was big (whatever happened to him?) with Spiders and Snakes, and especially "My Girl Bill". Paper Lace invented the "east side of Chicago". My tween-aged sister's music came into being, with "Beach Baby" and "Billy, Don't Be A Hero". My little brother was enamored by "Smokin' In The Boy's Room". Some blonde-headed geek had sunshine on his shoulder. One of the all-time worst recordings in history, "Havin' My Baby", somehow became a hit. Wings became huge.

Carly and James were still married, and National Lampoon's Vacation not withstanding, everyone liked this:

The Hues Corporation, which was a poorly-conceived name for a band, had a big hit:

There was a hit that I never really appreciated until years later, by a guy who knew how to write a killer song.

But the absolute most memorable to me was this next song, which I tormented Alice with as I sang along to the radio. I suppose I thought I was being cute, and maybe my judgmental side slipped out. My crooning never failed to elicit an exasperated response.

Alice had a little walk-up apartment two blocks from the State Capitol, and every day at noon, the two of us would ride the elevator down from the eighteenth floor and click along the street in our polyester mini-dresses and high heels to enjoy a lunch of SpaghettiO's heated in an aluminum pan on her gas stove. I never once thought to volunteer the fifty-nine cents to cover the cost of our little meal. I was a rube.

My stint at the State Health Department was my first real job. It ended badly, but in the grand scheme of life, it mattered little, except for the memories it created.

Alice and I remained friends for a while. She was a bridesmaid in my wedding, as I was in hers. We bore sons at roughly the same time. She and her husband eventually moved to a little town where they purchased an auto body shop. She began selling Avon products. I visited...once. Alice was fun and upbeat. I felt happy being around her. I envied her. I guess I always had.

At eighteen or nineteen, one's life experiences are seared into their brain. We have so much empty brain matter, I'm guessing, that everything -- music, little day-to-day trifles -- assume vast importance.

Thus, many decades later, I wrote a song to try to capture that time.

I'll admit, I Googled Alice, just to know what had become of her. I found her, but I wouldn't ever try to contact her, because she probably doesn't even remember me, and that would be embarrassing and humbling. Some memories should remain just that -- memories.

That hardly negates them, though.