The Delight Of A Fluffy Pop Song 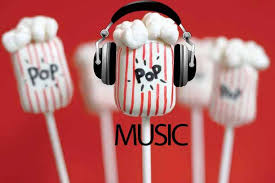 Pure pop music is as old as music itself. When I was a kid, what I called rock music wasn't truly rock. It was pop. But I didn't know better. KRAD was our local station and it called itself "rock 'n roll", even though it played everything -- everything -- from Dean Martin to Bobbie Gentry to the Beach Boys to Roger Miller, to every possible incarnation in between. If I heard a song by a new group like the Supremes, I thought, hmm, that's different. I inherently knew that someone like Roy Orbison was rock (at least some of his songs), but I wasn't quite sure why. My brother bought me an album by the Yardbirds and I hated it. That was rock. I considered the Beatles, who magically appeared on the earth in 1964 to be a rock group, but in actuality and hindsight, they really were pop; just a bit more amped-up pop. Carl Perkins and Jerry Lee Lewis, who were a tiny bit before my time, were more rock than the Beatles.

Pop isn't easy to define, but like obscenity (I guess), you know it when you hear it. A pure pop song should be bouncy. A repeating refrain is a plus. Even if the lyrics are sad, the music should be uplifting. Often it means nothing (which is how I generally prefer my songs, to be frank). Most lyrics that try to be deep are instead insipid. "Deep" songwriters miss the joy of music. I like my music fun; not studious, and especially not angry.

The first pop song I fell in love with, when I was eight years old, was "It's My Party" by Lesley Gore. I was in fact obsessed with it. I used to stand atop our picnic table in the backyard and frug and sing this song a cappella.

By the time I reached the mature age of ten, I liked this:

Time moved on (okay, by one year) and by then music had changed. Now it was visual as well as aural.  Granted, the guys were cute, but leave it to Neil Diamond to write an almost perfect pop song:

Conversely, the nineteen eighties were rife with pop. I could get into a whole sociological explanation of why people felt better in the eighties and more open to happiness, but it's really quite evident.

This song is glorious in its pop-ness.

It's almost as if Lesley Gore had been reincarnated, but more blissful.

Sheena wasn't the only one.

Come on, admit it. You liked this song. You really, really boogied on down to this song. Rick Astley was an eighties god:

If you want to just feel good (and who doesn't?), peruse the nineteen eighties pop catalog. I could include another twenty tracks here, but I won't. Springsteen might bemoan how awful President Reagan was; yet he still recorded "Glory Days", so there you go. Sometimes as hard as one tries to be miserable, circumstances budge their way in.

Even as I began listening to country music again in the nineties, I was drawn (albeit reluctantly) to poppish confections. Hate it if you want, but just try not to dance to it:

I submit that pop music is the salve of mankind.

It's time someone gave pop music its due.