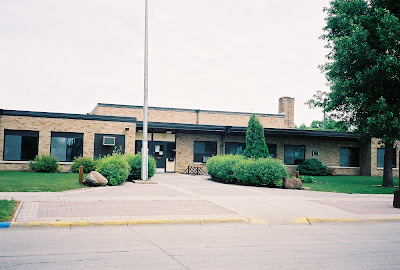 In 1962 all everybody cared about was space. Not me, mind you. I know everyone was supposed to be in awe of space travel, but all I knew was that the "astronaut" zipped through the sky in a "capsule", of which my only frame of reference was an Excedrin my mom took for a headache. When I was still in first grade that winter, my teacher wheeled a portable TV into our classroom so we could watch John Glenn do whatever he was doing. I was more fascinated by the diorama of songbirds Mrs. Fisher had built in a back corner of the room.

I wasn't completely disinterested in space. I did like this:

My interests were simple at age seven-going-on-eight. I got a sparkly paint set for Christmas and I liked dabbing it into my coloring book--sapphires and emeralds and rubies. I loved my phonograph. I had paper dolls-- cardboard cutouts of (generally) girls or sometimes someone older, like Patty Duke, for which one would cut outfits out of the book and drape them on the cardboard figure with little paper tabs that folded across the model's shoulders and hips.

I liked TV. I never gave a second thought to the fact all the actors on television were black and white, whereas the real world bloomed with color. I would watch anything, which included my mom's soap operas. I learned that doctors led really melodramatic lives; at least Dr. Kildare and Ben Casey did. Matt Dillon was a sheriff of few words; Alfred Hitchcock was a fat scary man. Ed Sullivan had a lot of really crappy acts on his show, even a guy who talked with his hand and one whose claim to fame was spinning plates in the air. Lawrence Welk was woefully out of date, but my dad liked him. Game shows were a staple of prime time--they required you to "guess" something--what someone's job was or which one, out of three gamesters, was actually telling the truth. I lay on my stomach right in front of our big TV and absorbed every single thing that flashed on the screen. My favorite shows, by far, were Dick Van Dyke and The Andy Griffith Show.

In the fall, when I entered second grade, I transferred to Valley Elementary, which was a brand-spanking new school. I would spend four and a half years at Valley; years that would shape me into a semblance of a human person. Valley was where I would write and perform a play at the Hootenanny. Valley was where I would be chosen by my teacher to become part of the safety patrol, an awesomely responsible post in which I got to carry an official flag. Valley was where I blossomed, albeit temporarily, and learned to embrace my creativity.

In second grade, though, life was terribly mundane. I did worksheets and printed words on rough double-lined paper tablets, when I really preferred to write in cursive, which we weren't allowed to "learn" yet. I was a bit ahead of most of my classmates because my big sister had already taught me how to read and write before I even began kindergarten. However, one was not permitted to outdistance one's peers, so I was bored and fidgety. I did discover the school library, which flowered a whole new world. I devoured Laura Ingalls Wilder books, all eight of them; and then moved on to other biographies. I read every book in the library that was worth reading.

My mom bought me a lunch ticket every month, which the lunch matron punched each time I alighted the line of horizontal aluminum bars and plastic trays. I understand now why I was so skinny. Some people have fond memories of school lunches. Those people are freaks. I dumped more food in the giant trash receptacle than I ever ate. Nothing in the line ever looked appetizing--hamburger mush, gloppy mashed potatoes, possibly accompanied by carrot sticks, which were at least edible. Mini-cartons of milk were the only saving grace. Fridays were always fish sticks, in honor of the Lord. Granted, I was a very picky eater, but "Spanish rice" combined all the ingredients of horror.

The most consequential event of my second grade year was when the school caught on fire. It was a dreary sun-deprived winter day. I don't remember even smelling smoke, but our teacher hastily informed us that the "superintendent" (which was what the head janitor was called) had informed her that fire had broken out somewhere in the vicinity of the furnace room. We were all shepherded out to waiting buses (single file, of course), and a gaggle of teachers alighted the open bus doors and dumped cardboard boxes of rubber snow boots onto the slippery stairs, from which we confusedly tried to snatch a matching pair. I arrived home with two red boots, one of them two sizes too large for my feet. I guess I was lucky to escape the (supposedly) roaring blaze, but I was mostly upset that I couldn't gracefully clomp through snowbanks wearing one jumbo boot.

Apparently the school was grievously damaged, because my class ended up attending class in the hallway of a neighboring elementary building for two very long weeks, with kids who belonged there staring derisively at us as they made their way to the lavatory.

In music, my tastes were influenced by my big sisters -- actually one big sister. My oldest sister was mercurial. She flitted in and out of the house like a sprite, mostly unseen. She was eighteen after all, and soon to march down the aisle. My sisters shared a record collection, however -- all '45's. My brother had yet to blow my mind with actual reams of astounding LP's. So I lived in a world of little vinyl discs. And unlike my brother, my sister didn't care if I played her collection. Her tastes, however, leaned heavily toward Elvis Presley, who I always wanted to like, but for the life of me just couldn't.


I think my favorite record my sister owned in 1962 was this, and I don't quite remember why:

One of the few times I remember my oldest sister being around, she and Rosemary did a little demo on our kitchen linoleum in front of Mom and me of this dance; and Mom, by the way, was mightily impressed (although in reality, it's a pretty easy dance, and I don't know why they called him "chubby"):

But, as the early sixties could do, popular music often devolved into syrup. I don't know anything about Bobby Vinton, except that he recorded the cheesiest songs this side of Bobby Goldsboro. But, hey, it worked for him. Bobby Vinton was an early-sixties phenomenon, with recordings like this:

One artist Rosemary liked a lot that I could get on board with was Dion. She had good taste.

My sisters shared an album that was, I think, one of two long-playing records they owned (I wonder how they divided their record collection once Carole was married). It's sort of funny in hindsight that this was considered pop music, when in actuality it foreshadowed my immersion into country, but, truly, it was pop in 1962:

This was neither pop nor country nor anything other than, I guess, Broadway, but Gene Pitney was a sensation in 1962. And rightfully so:

Every era produces timeless artists (so they say). My sister can claim these as hers:

The truth is, we and radio were a bit behind the times. So the hits of 1962 were probably not on any of our radar until '63. Not that it matters. My family owned a circular cardboard ice cream container of 45-RPM records, some of which I have no doubt my parents picked up at rummage sales, and we played them all on a scratchy phonograph.

It wasn't so much a year as a feeling. A reminiscence of soot and red rubber snow boots and twisting in the kitchen.
Music was always there.