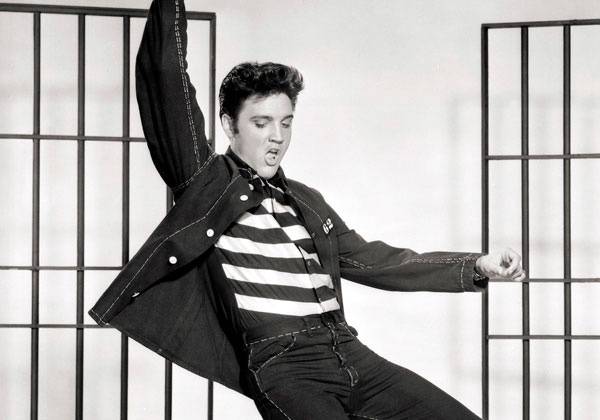 How far back does memory travel? I was born in 1955 and I readily admit I don't remember snoozing in my crib. I don't remember being bald, but I apparently was. I've always had hair problems. By the time I entered elementary school, my mom had obviously thrown up her hands. Photos of me from around that time tend to feature the high-bangs look. The remainder of my hair just lay in an unformed clump around my skull. I think moms in the early sixties were required to scissor bangs as close to their kids' scalps as possible. 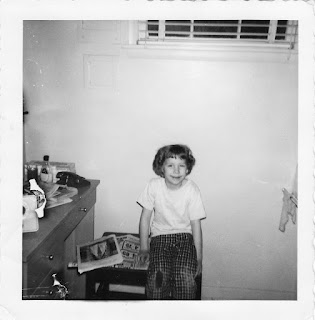 Worse were the Toni home permanents. My mother, I'll admit, was not handy with hair, which is even more reason not to try to give her kid a perm. My philosophy of hair, then and now, is just leave me the hell alone. But I digress.

I think my earliest memory was of the time I almost drowned. I either remember it or the story was told so many times that I've simply imagined myself in that perilous situation. I think it's a memory. There was a coulee across the road from our farm, and I liked water. I really liked water. Today I can't imagine myself slashing through grassy, slimy weeds taller than me to reach a "pool", but I guess I was determined. My flashback is of lying on my back in water that was oddly warm and my entire family bending over from the bank, reaching for me. Five people. I can clearly see my eleven-year-old brother's face, and my dad's. My sisters and my mom were there, too. They all seemed peculiarly concerned. I was not. I definitely was not panicked. I frankly did not see what the big deal was. Didn't they know that I needed to do things? My nosy family assuredly killed my buzz. And, I guess, saved my life.

Musically, the charts chugged slowly. Songs hung around, a couple of years, generally. Perhaps it was because fewer records were released or simply that life moved at a slower pace. We had the opportunity to savor songs and imprint them upon our brains, which was not always optimal. We always think we remember the good songs, but we actually don't. We remember the annoying ones. The Buddy Holly tracks we only caught much later. I don't remember being cognizant of "That'll Be The Day" until sometime in the early seventies, when I purchased one of those compilation LP's, K-Tel's "Best Hits of Any Damn Era We Choose To Glom Together".

No, the songs I remember are essentially thanks to my dad and his infernal Magnavox kitchen radio.

No wonder I wanted to drown myself.

By the time I entered kindergarten in 1960 and discovered that there was such a thing as "showing off" (or "show and tell", as my teacher called it), I was keen to bring records to class that I could perform to. My fellow students were mere onlookers as I executed my best dance moves. I'm guessing some of them pulled their cotton rugs from their cubbies and settled in for nap time as I sang about "making love to you".

My awareness of 1957 songs seems to have gelled about three years later (again, attributed to the slow gait of life).

My mom took me to my very first concert around that time, at the Grand Forks Armory. I don't know why she took me -- maybe my dad was busy -- because, frankly, Mom didn't like taking me places due to blushing embarrassment. We saw Marty Robbins and his band...the..."guys in the band"...(I have no idea what Marty's band was called). Mom and I sat in the third row and saw Marty perform this song:

When the show ended, Mom nudged me in the ribs and prodded me to go up and get Marty's autograph. I flatly refused. My thinking was, what if he speaks to me? I have never been a good talker. And, by the by, why didn't she queue up to get his signature? Don't be pushin' a five-year-old to do something you're scared to do for yourself. On the plus side, I did get a chance to see Marty Robbins again in concert, when I was in my twenties and had tow-heads of my own. Yes, Mom was there, too. I still didn't get his autograph. I will point out that she didn't, either.

I never liked this song, nor did I like Sonny James. I don't think Dad liked him much, either, but I definitely remember this track from '57:

You might only know Pat Boone from shilling for Relief Factor, and the obvious question is, Pat Boone is still alive? But he was using a sharp stick to scribble stuff in the grit in 1957:

I don't remember Elvis. I remember Rick(y) Nelson because he was on a TV show. I have a faint consciousness of Fats Domino and, most likely, the Everly Brothers.

This I remember, because who could ever forget?

My sisters could fill in the blanks better than I. They were older -- twelve and thirteen -- and at an age when music sheared like a knife. I was just a dumb toddler who took what was presented to me and called it "music".

Oh, and I remember some guy who people say "created" rock 'n roll:

I don't know about that. I guess I'd have to ask my dad.