If you plan to see a movie, don't read any reviews. Bohemian Rhapsody was almost universally ravaged by the critics, and honestly, because of that, I was not anxious to see it. My stepson recommended it, though, so we went. From the opening scene, I was transfixed. I almost forgot about my popcorn...

A word about critics. My husband and I are not avid moviegoers; we're more the "lie in bed and watch Netflix" types. We tend to see more movies in the fall, when the superhero flicks have been usurped by more serious releases. We caught "First Man" a few weeks ago because it had gotten good reviews (unplanted flag notwithstanding). If you are unaware, "First Man" is about the Apollo moon landing, which one would assume was a glorious achievement. (I was around then, but as a teenager, it wasn't exactly the most exciting moment of my life. My entire family, however, had gathered in front of our console television to watch the grainy pictures of Neil Armstrong stepping onto the moon's surface, so in deference to my dad, I popped into the living room for a few moments.) When we left the theater after seeing the movie, I felt depressed. The film was, inexplicably, a downer. Even when Neil's wife visited him on the other side of the isolation chamber after he'd returned to earth, she practically chastised him. The couple, if the screenplay is to be believed, had some serious marital issues. Yet most critics gave the film an A+.

My point is, movie critics reek. Yet I fall for it every single time. Before the movie today, we saw a preview for a Steve Carell film in which his character plays with dolls and cries a lot. I bet the critics will laud this one as guaranteed Oscar gold. I turned to my husband and whispered "total flop". This one looks even worse than the last Carell preview we saw only a couple of weeks ago ~ the one where he spends a lot of time praying for his drug-addicted son. Don't get me wrong; I'm not denigrating people with addictions. Lord knows my family is rife with them. But that's not what I go to the multiplex to watch.

So, let me tell you about Bohemian Rhapsody. Rami Malek commands the screen from Scene One. The prosthetic teeth are a bit distracting, but one quickly forgets about them. I had no idea Malek was a brilliant actor. I watched a season and a half of Mr. Robot and pretty much hated it. Rami was clearly wasting his talents.

His portrayal of Freddie Mercury's early career was reminiscent of the swagger of Mick Jagger. Mercury was nothing if not supremely confident. If the screenplay is true (and Brian May was an executive producer, so I'm pretty confident in its accuracy), Freddie was the band member who pushed Queen to soar. He was fearless. He skirted the precipice of danger to create sounds no one had ever dared to conceive. Yet the movie made clear that Queen wasn't solely Mercury. I liked that. Brian May's guitar solo on the Bohemian Rhapsody track is majestic. Freddie clearly understood and respected each band member's unique talents, and knew that Queen was a band...until it wasn't.

Freddie got snookered into believing he could reach higher heights by striking out on his own. A duplicitous hanger-on (played by that nice chauffeur from Downton Abbey) almost destroyed Mercury's life.

The critics' primary condemnation of the film is that Mercury's private life was downplayed. I dissent. We all know Freddie Mercury was gay. Apparently in the critics' eyes, his sexual preference was more important than his creativity and his humanity. Please stop with the virtue signaling.

The fact that Freddie was diagnosed with AIDS is not swept under the rug in the movie. Tears stung my cheeks in the scene where he informed his band mates he had the disease.

That makes the closing sequence all the more poignant. Queen performs at Live Aid and Freddie knows this is his last...and he kills it.

Fun (weird) fact: I saw Mike Myers' name in the opening credits of the movie, but I never saw him. Well, I thought I didn't. Only after seeing the movie and checking IMDB did I learn that Mike played EMI executive Ray Foster, who uttered the immortal line, "No one is going to be head-banging in the car to 'Bohemian Rhapsody!'" 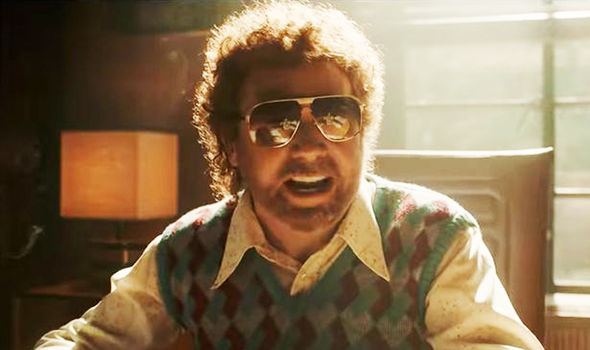