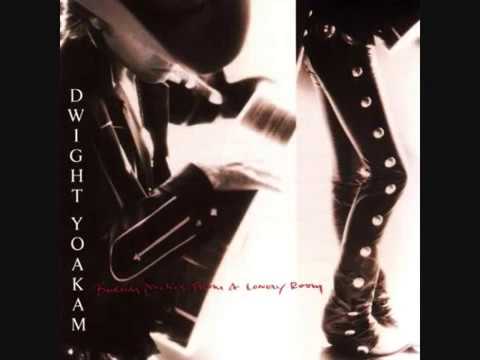 I returned gently to the country music fold. I don't remember quite how it happened. I vaguely recollect sitting in my car, waiting for the kids to alight from the elementary school door, and apathetically punching the buttons on the car radio. Y93 was my go-to channel, but something boring was playing; maybe a Debbie Gibson song, so I clicked the preset for KQDY and caught something that actually sounded like country music ~ maybe Rosanne Cash or that new guy whose voice I liked but didn't know his name...George somebody.

That was all it took. I began to explore this "new" country. I purchase a cassette tape by the Sweethearts of the Radio and played it in the background while I did my housecleaning. I bought another one ~ it may have been the Nitty Gritty Dirt Band ~ and I wore out those two tapes, not yet convinced to plunge full-bore back into the country cosmos. After all, country had betrayed me before.

But I was supremely curious. I began hitting the KQ94 button more regularly, and before long I simply left the car radio tuned to that channel. I found wonders! Yes, some of the old-timers were still around ~ The Oaks and Alabama ~ but there were all these new guys! Randy Travis and Ricky Van Shelton and Highway 101 and Kathy Mattea and Foster and Lloyd...and that new guy, George...

And I heard a song that was revelatory, "Guitars, Cadillacs". It combined everything I'd ever loved about country into a brash, bass-thumping, Telecaster twanging, two-step twirling slice of perfection.

This "Dwight" dude was different but familiar. He was no crooner ~ he had a Kentucky tenor that took a bit of adjustment for my ears to settle on. But I liked it. His songs tore at my heart, the way my mom and dad's country had once stabbed me in the gut, but better in a way I'd once only imagined sublime country could be.

When I finally took the dive and committed to country again, I became omnivorous. Now it was CD's, and I turned into the Musicland pest, scouring the racks every week for new glorious sounds.

Inevitably I stumbled upon "Buenos Noches From A Lonely Room".

Dwight's third album didn't foster many hits, but it set a marker that still stands. Country was always about singles. That changed briefly with Merle in the sixties, but nobody in country set out to make a statement. They only strived to make a dollar. Buenos Noches From A Lonely Room wasn't a concept album, but it became one. I purchased every one of Dwight Yoakam's CD's and this one ranks at the top. I've "liked" his later releases, but when I hear this one, it's fresh. It doesn't spoil with repetition. That's not an easy feat.

No live video, but this is the lead track:


Track 8 (and the number one ~ I heard this by Buck and his Buckaroos, so it wasn't relevatory like it was for others, and not, by any stretch my favorite):

There's not a lot in life that brings joy.