The Only Time I "Saw" A President 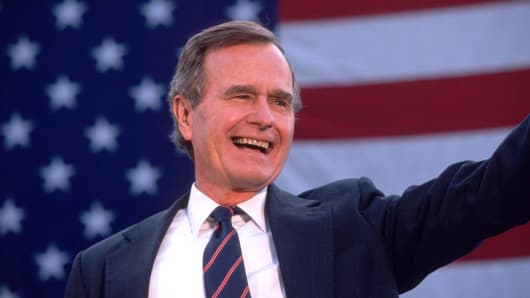 I've always been a political geek. You could say that politics is my sports. I follow my squad's standings; I cheer for my "home" team. I peruse the box scores. I never actually got to see a president outside the square box of my TV screen, except for one time.

My big brother had the opportunity to see a president up close, in 1963. I was eight and my brother was seventeen with a driver's license. President Kennedy was going to make an appearance at the Grand Forks Armory and my brother bragged to me that he was going to journey across the river to see him. As I remember it, it was only braggadocio. He never did go. In my brother's defense, it's a pain to try to get up close to a president, even in the innocent age of the early sixties. You gotta fight the crowds. You've got to deal with all that security (apparently not enough back then, alas). Then there's the inevitable traffic jam afterward.

One of the nice things about living in a small town is that politicians single them out for visits.

On April 24, 1989 (I looked it up), President George H.W. Bush was arriving in my town to plant a twelve-foot elm tree on the Capitol grounds, in honor of the state's centennial. It does seem like a president would have more pressing matters than turning over a couple shovels-full of dirt, but politicians have to do lots of corny stuff.

I was working second shift at the hospital and, dang it, I was scheduled to work that Monday. I knew the presidential limo would travel up Airport Road on its way to the State Capitol, and that was only five blocks from my house.

I called in sick.

It was shortly after lunch time and my kids were in school. I had a couple of hours free. I hiked the five blocks and situated myself in a prime spot along the Expressway. Behind me was the local bank building ~ an ugly building, molded like a brown sand pail castle. Aside from that sky-obscuring monstrosity, the sky was clear and blue. About forty other people had happened upon the same idea as me, but the street was long, so my only company was a scattered couple or two....plus the guy behind me, over-dressed for the occasion in a suit and dark glasses. It was a bit disconcerting to glance back, unable to tell if the man behind the glasses was staring back, but I imagine I didn't look like much of a threat.

Before long, a long black limousine sauntered up the street. I think little American flags flapped from the front and back fenders. Clearly, President George Bush was ensconced inside. He had some kind of microphone at his disposal, because, clear as the sky, "Hi, how'ya doin'" and "Good to see 'ya" boomed out into the crisp air. I didn't actually "see" him ~ the windows were tinted grey-black, but I know he was there. I waved my hand like a simpleton and most likely applauded and whooped. I don't know what all transpired on the Capitol grounds, but I preferred my vantage point over a clutch of over-eager zealots. I just wanted to see the president.

Sadly, the twelve-foot elm did not survive the winter. But that's politics, isn't it?

I don't know how I missed the fact that George H.W. Bush was a country music fan. I always viewed him (erroneously) as rather a patrician, but had I known he was down-home like me, his measure would have increased exponentially.

I truthfully didn't know much of anything about President Bush, except that he was my president. He wasn't Ronald Reagan, but he was the next best thing.