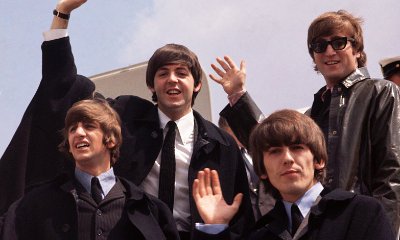 Tonight as I was clicking around my favorite channels on SiriusXM, it struck me that some artists are perhaps misguidedly exalted. Famous for being famous. Celebrated not so much for their music but for their persona.

Everyone has their own list, and some people will detest me for my choices, but they're mine. And I'm not saying I loathe these guys; I'm just saying they're perhaps a pinch over-rated.

No one loves Bruce Springsteen as much as Bruce Springsteen does. I tried to read his autobiography, but it was so bloviated and precious, I gave up. His cloying exertion to come across as a "real writer" exhausted me. I don't want to be cognizant of an author's writerly struggles ~ I have enough of my own.

I was watching the 10,000 Pyramid sometime in the mid-seventies, and Dick Clark was doing the requisite celebrity interview. Some actor who I've forgotten (as has everyone else) was asked by Dick who the best rock singer was. This guy said, "Bruce Springsteen"; a name I'd never once in my life heard. Dick said something like, "A lot of people would disagree with you," and this flash in the pan responded, "Well, they'd be wrong." The actor in question was clearly from New Jersey. There's something about people from New Jersey ~ they're very sure of their opinions and that their judgements are the correct ones.

I've got nothing personal against Bruce Springsteen ~ he had his best success in the eighties when I was watching MTV, although I'm sure he would disavow those hits, because he's rather above it all, ACT-ually. My only point is that, taken as a whole, his catalog is sub-par. I do like this one, though:

Rolling Stone Magazine love-love-loves Johnny Cash. I'm not entirely sure why, but he did wear a black waistcoat, so there's that. As someone who was heavily steeped in country music in the sixties, I can tell you with certainty that Johnny Cash was not at the top of any country fan's playlist. The truth is, all his songs sounded almost precisely the same. Folsom Prison was a remake of a song he'd originally recorded in the fifties on Sun, and even in 1968 it still had that thump thump thumpety thump, like every single Johnny Cash song in history. The good news is, even I could play that intro on the guitar, and I was a shitty guitar player.


Someone with actual talent:

My meager knowledge of the nineteen fifties confirms for me that music was putrid until Buddy Holly and Jerry Lee Lewis came along. I guess there was Perry Como and some chick singing about a doggie in the window...and maybe The Percy Faith Orchestra. The fifties were a staid time, so I can forgive the teens of that era for falling (hard) for someone who had even a semblance of spark. And granted, my perception is colored by the caricature he became, but I never understood Elvis.

I'm puzzled, much as my dad probably was when my older sisters swooned over the grainy black and white image on our TV screen when Elvis serenaded a hound dog on The Steve Allen Show. I'm torn about that appearance, because TV variety shows all the way through the nineteen sixties liked to make fun of rock/pop artists; and in this case the aim appeared to be to humiliate the future king. I'm not on board with that. I guess Steve didn't like Presley usurping Eddie Fisher's popularity.

Nevertheless, I don't "get" Elvis. Maybe it was real, but his on his singles he always sounded like he was posturing...embellishing. The only time I remember him sounding real was on a hit from 1965, "Crying In The Chapel", which also convinced my dad that this dude maybe wasn't so bad after all.

Even leaving aside his Vegas period, Elvis's RCA works were...odd. I don't know if he was popular because of the visuals, because his recordings were badly produced (sorry, Chet Atkins). The mark of a true artist is that you don't have to see them to recognize their artistry. I'd never laid eyes on the Beatles when I heard, "I Want To Hold Your Hand" on my AM radio.

These are my top three. There are others, to be sure, but I've probably offended enough people for one night. Maybe I should do a post about the most under-rated artists of all time, but that would be very lengthy ~ actually it would go on forever.