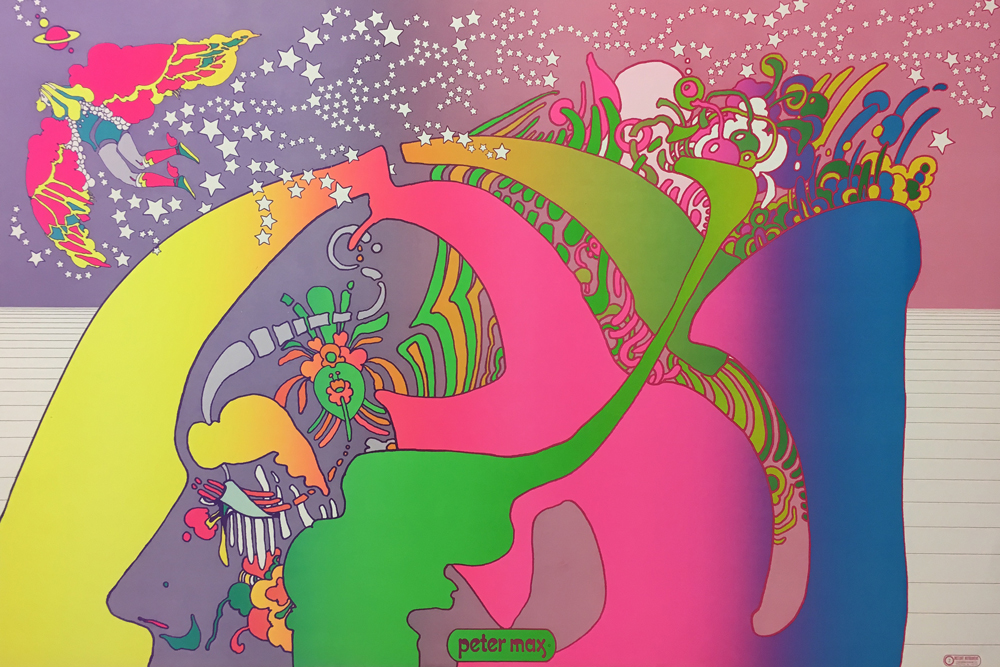 It's difficult to recreate that time, but I will do my best to remember. By '69 I had cajoled my mom into letting me move into my own room. We had 52 of them, so the loss of one wouldn't bankrupt my parents. (It was a motel; just to clarify. We didn't live in a 52-room mansion.)

Just outside our apartment living quarters was a cavernous double garage that housed the laundry facilities and folding tables and miscellaneous detritus. Room #1 bumped up against all this rumbling uproar, so it wasn't an alluring rental. Thus, I determined that this room would be the perfect ~ absolutely pristine ~ new living quarters. It was like a little apartment, with a double bed, a 12-inch black and white TV, a big dresser with a mirror, and its own bathroom. Mom, in a lucid moment, most likely realized that sharing a bunk bed with my much younger brother and sister in a pseudo-closet wasn't the ideal arrangement for a newly-budded teenager, so she agreed.

My big brother, who was a bona fide carpenter, carved a door into the wall between the deafening garage and the wondrous room; and thus, I could skit across the garage from our apartment and slip inside my very own private living quarters. The very first thing I did when I moved in was search out a sliding chain lock contraption among the clutter of odds and ends my dad owned and shakily twirl it into the wall with a screwdriver.

For about a year and a half, I lived the solitary life of a cosmopolitan single ~ albeit a thirteen-year-old single who still needed to raid Mom's refrigerator for sustenance.

I still had my battery-operated phonograph because I didn't have a job at thirteen, at least not one that paid actual wages; but I had my eye on a JC Penney component stereo ~ black. Its price tag read $100.00 and I had nine dollars and change, but I knew one day I would definitely own it. The problem with a battery-operated record player was that it didn't have an auxiliary power cord and there was no such thing as alkaline batteries, so those four D's wore down much too quickly. I did have a transistor radio, though, so the air shimmered with music at all times.

My new best friend Alice had reintroduced me to country music in 1967 and I'd embraced it wholeheartedly; yet I wasn't quite ready to give up my pop, so I had one size six-and-a-half sized foot in the country world and the other in the candy confection cosmos of KFYR-AM radio.

In January of '69 the Beatles performed a weird rooftop concert and Richard Nixon was inaugurated as the 37th president of the US, which sort of sums up the schizophrenic world of the last year of the sixties.

The Tet Offensive happened in February, and every single person alive (especially the boys deployed) were sick to death of the Viet Nam War. Meanwhile, this was the biggest hit in the country:

Down in Nashville, some guy named Cash had a network TV show that featured the Carters, the Statlers, and Carl Perkins. He also had the number one country hit of January and February. (For you trivia buffs, June Carter did not sing the "Mama sang tenor" part on the record. It was Jan Howard.)

Some guy hijacked a plane and diverted it to Cuba (yawn) in March. Hijackings were an every other week occurrence. At the Grammys, Simon and Garfunkel's Mrs. Robinson won record of the year, but not to be outdone, Glen Campbell won album of the year for By The Time I Get To Phoenix. Jose Feliciano was best new artist. Jeannie C. Riley and Johnny Cash were best female and male artists, and one of the all-time worst songs of all time, Little Green Apples, not only won best country song but best song overall (and you know how that song has stood the test of time, which proves that the Grammys are overall worthless).

Meanwhile, this was the number one pop hit:

I'm a bit queasy from watching this video. Tommy Roe filled a niche, if that niche was toothache-sweet marshmallow confections. He actually recorded a decent song a few years later and then was never heard from again (okay, I don't actually know that for a fact).

In country, nothing good happened until April. My country station just kept playing Daddy Sang Bass over and over. Album-wise, Wichita Lineman was number one for fifteen straight weeks. Now, I like Glen Campbell a lot, but back then I truly hated him. The songs would have been okay, but the hideous strings he put on all his records made me nauseous. I liked twin fiddles and a good steel guitar solo. And don't even get me started on Jimmy Webb.

A word about TV:  Even the shows I liked were awful. For those who exist in a Netflix world, let me explain how television worked in 1969. There were three networks (PBS didn't count) and that was it. If one wanted to watch TV, not only did they need to suffer through commercials, but they also had to suffer through the shows themselves. Frankly, the only good program in '69 was the Tonight Show with Johnny Carson. Shows I watched essentially against my will:  Gomer Pyle, Laugh-In, Green Acres, Hawaii Five-O, Get Smart (okay, Get Smart was good), something called Here Come The Brides, Mannix and Mission: Impossible (again, these two are exceptions to the rule); Petticoat Junction, Ironside, I Dream Of Jeannie, Family Affair. As bad as almost all those were, there were programs even I refused to watch, such as Adam-12 and Hogan's Heroes.

Alice and I attended a lot of movies that year, too, because what the hell else would thirteen-year-olds do for fun? We saw Butch Cassidy and the Sundance Kid and Paint Your Wagon, which featured a painful vocal performance by Lee Marvin. We saw True Grit with John Wayne and (hey ~ again!) Glen Campbell.

Thus sums up the first quarter of the year 1969. In retrospect, country music basically sucked and pop was hanging on by a thread.

Personally, I slathered a lot of Clearasil on my chin and dotted clear nail polish on my snagged nylons. I wore too much liquid makeup, in the wrong shade for my skin tone. I still worshiped my big brother, but he was barely around. My little brother and sister, though cute, were "others" that I scarcely interacted with. My parents were to be avoided at all cost. Life Science was an alien proposition; US History was interesting, but I was loathe to admit it to anyone. School was in essence a day to get through.

1969 does become more interesting, however, as the pages turn.