Music Has Turned Bad ~ And Why Should I Care? 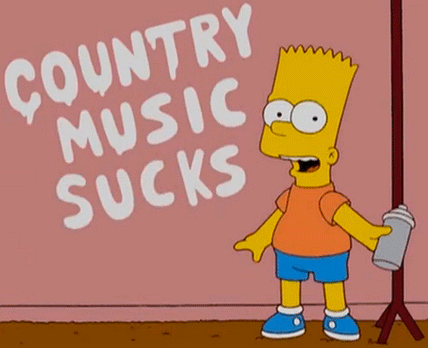 So Reba's coming back, and this time she really means it ~ she's doing a country album. She's also bemoaning the turn that country music has taken. Oh, okay, Reba. I really do appreciate that she is speaking out about how she'd like country to get back to its roots, but let's be real. In 1991, when Pam Tillis was admonishing, Don't Tell Me What To Do, and Diamond Rio was meetin' in the middle and Brooks and Dunn were down to their next broken heart, Reba was remaking an old Bobbie Gentry song:

I remember someone (I think it was my hairdresser) raving to me about Reba McEntire's live show ~ she changes outfits on stage! She's got backup dancers! Uh, that's okay; I'll skip it, thanks. I hear Alan Jackson's coming to town, so...

In 1980 I talked my mom into attending a rodeo with me (yes), because this new singer I really liked was going to be performing. Mom had never heard of her, but she was game. I'd heard a couple of the gal's singles on the radio and really liked her voice ~ it was different, in a good way. So, between the barrel racing and the bronc riding, this redhead got up on a makeshift stage in the corner of the arena and sang:

Once again, I was right.

In the eighties Reba had a few nice singles, like this one:

And she showed a flare for acting:

Then something happened. I'm not sure what. Reba claims that some of her career moves weren't her decision, but nevertheless, she definitely milked it.

And that's when I lost respect for her as an artist. She sold out.

Some (like my hairdresser) enjoyed the spectacle. I liked my concerts flat-out country. Yea, George Strait stood in front of the mic and strummed a guitar off and on, but it was the voice, stupid. Alan Jackson would never claim to be the world's most exhilarating performer ~ he didn't need to be. Merle didn't dance around the stage. The only exhibition that floored me was Garth Brooks, but he also brought the goods.

In '98 Reba had the last single of hers that I had actually liked since the eighties:

So now she wants to come back. I'm good with that. It's funny how once an artist is past her prime, she starts remembering what she liked about the music she started out with. If this new album is truly country, I'll buy it (and I don't buy albums anymore). I would love to be taken back to the Reba that was, when I introduced my mom to her at the beginning of the ninth decade.

Reba is right about a few things. Here's my take:

Today's Country™ is made by artists who don't like country music.

The only radio I listen to nowadays consists of political talk. Tuning the dial to an actual music station would be proof positive that dementia had settled in. I love music almost as much as I always have. It's just that I have options. Sirius is a revelation. I can tune in to whatever I choose. I also have about a thousand tunes on my computer, but I rarely listen to any of them, because I like to be surprised and Sirius provides that unexpected jolt. I've forgotten more music than a human brain can hope to retain.

Ten years from now will the now thirty-five-year-old catch a 2019 song on "oldies" radio and rhapsodize about how classic it is? Which song exactly? It's not as if creativity has died. It never dies. But it's gonna take an eighties-style renaissance to shake out the drudgery that music has become. Country music in the seventies turned putrid. We had Crystal Gayle and Sylvia and Dave and Sugar, and Charley Pride doing remakes of pop songs. The seventies drove me away from country. When I came back, I found that I'd missed everything good. I'd missed George Strait and Dwight and Clint Black and Randy Travis.

My philosophy used to be that the tide turns every ten years. I stuck by that until I was proven wrong. I stopped listening to country around the year 2000, when Faith Hill released "Breathe". Faith was the final straw. It's not necessarily her fault ~ maybe she was just the conduit. I hung on for the Dixie Chicks, and Dwight was still releasing decent tracks. But around the Breathe year, country became interminable. I tried; I really did. I found a Texas radio station that played roots music and that sustained me for a while. But imperceptibly, as time wore on, I gave up.

Maybe there should be separate genres ~ you know, how they've relegated Dwight and Rodney Crowell to "Americana", which translates to "Not Selling Records". But call it something cooler. I bet there are young would-be artists out there listening to their dad's (or grandpa's) old records and experiencing an epiphany. "Where did that come from??"

I don't necessarily care. I have old songs I can listen to. If I didn't happen to stumble on the Saving Country Music website, I wouldn't even have thought about it. But it seems there are still people out there who love (and remember) the same country music I do.

And maybe the wardrobe-mutating, vaudeville exhibitionist can bring it back. Stranger things have happened (as Ronnie Milsap says).

In the meantime, I won't be blue.