Forever And Ever, Amen ~ A Book Review 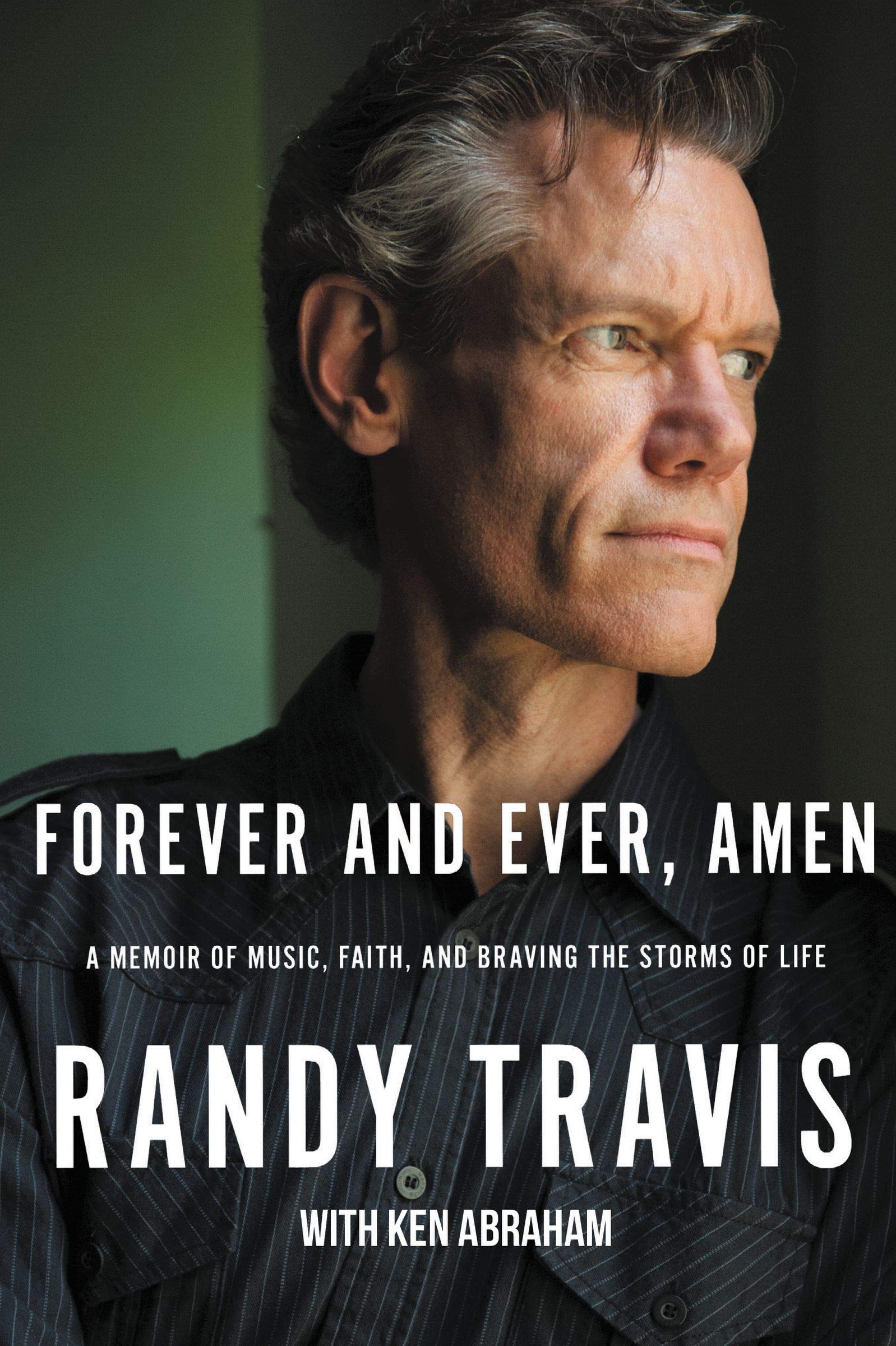 A Memoir of Music, Faith, and Braving the Storms of Life

If you know me, you know that I rarely purchase books ~ I borrow my Kindle books from the local library. My reasons are twofold:  Firstly, I can't afford to buy books that mostly turn out to be duds, and second, I'm trying to downsize my life; not upsize. It's the rare book that I will outright buy. This was one of them. I doubt my library even carries this memoir...one moment....I was right. Libraries are supercilious enterprises that feature books like the autobiography of someone like Robbie Robertson, who no one cares about; or the darling of liberals, Bruce Springsteen, but nothing that smelly Trump voters might like. In other words, no country music. Never mind that the average rating for Randy Travis's life story is four and a half stars.

As soon as I discovered that Randy's memoir was soon to be released, I added it to my Amazon wish list. It seemed that Randy Travis had been an organic part of my musical life forever. I'd mourned his alcohol-fueled mishaps and commiserated with my friend Barb, who wasn't even a country music fan, crossing my fingers that he'd turn it around. After all, I wasn't ready to let Randy go.

When I first came back to country music in the mid-eighties, I had a lot of catching up to do. I'd abandoned it, finally, when it became intolerable, with its Crystal Gayles and Sylvias...and its Kenny Rogers's. Turns out Randy faced those exact obstacles when trying to land a recording contract. The powers-that-be in Nashville had a good thing going (they thought), so why mess that up? Nobody likes stone country music anymore. Well, I did. The country music label heads drove me to MTV.

When I rediscovered country music, I found these new guys ~ George and Dwight....and a guy named Randy. Truthfully my mom and dad tried their best to convince me that country music was worth my while, but I'd by then erected a brick wall and refused to even listen. In fact, when they slipped their VHS tape in of a George Strait concert, I sat in their living room and mercilessly critiqued every stupid, corny song.

I didn't know that Randy Travis had begun the whole neo-traditionalist country movement. The years tend to run together. I only recall a cornucopia of sounds that set my heart afire. As it turns out, if it wasn't for Randy, there wouldn't be a George or an Alan, or a Clint, or even a Brooks and Dunn. It seems all these guys were waiting for someone to break through the ice dam of cosmopolitan "country" and give them permission, and that someone was Randy.

I knew about the marriage to his manager, Lib, and how completely strange that coupling was. I'd heard the gay rumors and didn't know what to make of them. After all, his wife was an old lady. I didn't know how she'd used him to advance herself, while Randy was naively living the only existence he'd known since he was seventeen. Randy gives credit to her for her tenaciousness in securing him a deal, but long after he'd become a superstar, she latched onto someone she thought she could turn into another Randy (she couldn't). And she was essentially an evil woman.

I don't know why I didn't know about Randy's songwriting. I'd long been a liner notes purveyor, but somehow I'd missed that. For example, I didn't know he'd written this:

I sure didn't know he and Alan Jackson wrote this (I didn't even know they were friends):

Reading this memoir gave me a new level of appreciation for Randy Travis.

I actually saw him in concert, albeit reluctantly. I was still in my snooty phase regarding country music when Mom and Dad talked me into attending a Randy Travis concert. I approached the whole scene with my arms crossed, fully prepared to ridicule the goofy corn pone display. Despite my best haughty intentions, I found this Travis guy to be thoroughly professional and engaging. I didn't know any of the songs, but they all sounded quite fine, especially this one:

(In case you care, this song lands among my Top Twenty country songs of all time.)

What struck me most about this book is Randy's deep faith. I have my own relationship with God, which is mine alone and doesn't fit the traditional concept of Southern Baptist conviction. But I love to read about someone who is so confident in their bond. I envy that and never dismiss it.

The only quibble I have about this memoir is that it should have stated upfront that this wasn't written in Randy's voice. Since his devastating stroke, he really doesn't have a voice. It was evident from the start that someone else wrote his story. That's okay, but a little deceptive. Before I opened the book, I wondered how he could manage to "write" his life story when he could neither write nor articulate his memories. But that's okay ~ one gets used to someone else's voice the further they delve into the narrative. (As a writer, I have a certain bias about "voice".)

If you are a country music fan, read this. You'll have to buy it, unless you wait a year or so for your local library to deign to include it. If you became enraptured by country in the nineteen eighties, read this book. It'll explain a lot.

Because I'm a picky person, I give this autobiography:

Email ThisBlogThis!Share to TwitterShare to FacebookShare to Pinterest
Labels: a memoir of music, and braving the storms of life; randy travis, book review; forever and ever amen, faith, neo-traditionalist country