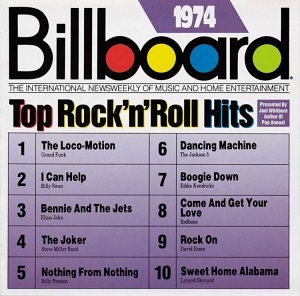 I was a sheltered girl. Much as I try to deny it, I knew nothing of real life at age eighteen. I'd reluctantly secured my first "real" job in 1973 right out of high school, because that's what I was expected to do. I'd never learned how to drive, so I depended on my dad or my brother to drive me to work every day. Why they agreed to it, I have no idea. I have a faint recollection of asking one of my co-workers, who had also been a high school classmate, if I could "carpool" with her and she said, "no.". I was taken aback; my sense of entitlement jarred. I'd been too scared to venture forth behind the wheel after one stressful outing with my dad and a short-lived attempt at driver's ed, during which the elderly instructor hyperventilated into a paper bag. So, I was helpless, frozen with highway fear.

It wasn't entirely bad. I made a friend at my new place of employment, a girl my age who actually knew how to navigate the world. She had a VW ~ not a bug, but some kind of passenger vehicle ~ a Golf maybe. I think it was yellow. Not that we drove much. Alice Two had an apartment about two blocks from the State Capitol where we worked, so we'd clomp down the sidewalk at lunchtime in our platform shoes to her place and she'd heat up a can of SpaghettiOs. I convinced myself I was sophisticated. I was an eighteen-year-old rube.

I can't even begin to describe the depths of my naivete. Even though my mom and dad were not model parents, I leaned on them as much as I could and allowed them to care for my needs, which essentially consisted of food and transport. It was a confusing time of transition. My best friend since sixth grade, Alice One, and I had begun to drift apart, despite my struggle to hang on. I desperately needed to maintain the mirage of normalcy, but nobody cooperated. It was almost as if I was being elbowed into maturity.

I was still living at home and not contributing any of my paycheck towards shelter, so I bought clothes and records. I obtained a JC Penney charge card (my very first!) that had a $75.00 credit limit and I ordered items from the catalog, took them home and tried them on; then returned most of them. It was, I guess, a semblance of the "grown-up game".  JC Penney, in fact, was the go-to store in town. It had clothes and shoes and a basement full of record albums. Montgomery Ward and Sears were a bit more low-rent.  There was also a local discount department store called Tempo, which was definitely inexpensive and definitely shoddy. Its tissue paper clothing almost disintegrated before my eyes as I lifted it from the shelf.

I had a boyfriend I tolerated, just so I could say I had one. I wasn't sophisticated like Alice Two, who had boys practically breaking down her apartment door, but then again, she did have her own apartment and I had a bedroom in my parents' house. My boyfriend wanted to get married, so I said okay. I was eighteen, after all ~ practically an old maid ~ and this might be my only chance.

My position with the State Health Department was called Clerk Typist II. The "II" was very important to me, because I was at least better than a "I", although the cache was imaginary. I began by typing up birth certificates for walk-in customers on an IBM Selectric; then toddling back to my director's office so she could emboss her official stamp on them. Sometimes the clients would want something that was stuffed inside a dusty file drawer in the back room, so I retrieved that. I must have either been a good retriever or a typist who employed Liquid Paper sparingly, because soon I was singled out to join a new project along with Alice Two; a vast undertaking to commit to microfilm every birth, death, and marriage certificate in the state of North Dakota from the beginning of time. It certainly sounded auspicious, but it quickly became as dull as dirt.

Alice Two and I and our new supervisor were cloistered inside a smoky back office, where we employed number two pencils to trace over the faded typeset (and in some cases, handwriting) of each document bound inside powdery albums dating back to 1889. Then we took turns inside the curtained microfilm booth sliding said records under the camera eye and clicking a button, over and over and nauseatingly over. It was scintillating work for a girl still in her teens. Worse, everyone else in the department grew to hate us, because we closed the office door behind us and smoked our guts out; carcinogens wafting out from beneath the door jamb.

We did have an AM radio for consolation and it buzzed out tunes all day long. 1974 was an odd year in music. There were breathtaking songs and then there were novelties. There were also tracks that were somehow taken seriously, but were actually revolting. In fact, 1974 most likely racked up some of the worst songs ever recorded.

I'll begin with the intentional novelties:

It was AM radio ~ they weren't playing Led Zeppelin.

Not exactly sure what this was:

The radio even played songs my little sister liked:

Ringo was trying to be relevant:

Then there were the good songs:

This one goes out to my little brother:

These are for me:

And most especially this:


Things did not end well in that little smoky back office. Alice Two's and my supervisor, an old married lady around age 26, insinuated herself into our friendship, desperate to regain her lost youth. As inevitably happens among a party of three, Linda did all she could to rupture Alice's and my bond. Fortunately for me, she focused her energies on Alice, setting up hapless blind dates and couples nights out. Alice was the cool one, after all. That experiment ended abruptly the night Linda's husband came a'knockin' on Alice's apartment door. While the whole imbroglio was never mentioned (expect in a whisper to me), the oxygen became heavy soon after. Linda turned brittle toward us. The AM radio was suddenly switched off. The three of us scribbled in silence.

Alice eventually met the man she would marry and we served as bridesmaids at each other's weddings.

And we simultaneously quit our jobs, leaving bitter Linda to sort out her life and find two new rubes to intimidate.

The joys of one's first job ~ little life lessons, even if we are merely innocent bystanders. We learn about allegiances and how much we're willing to assert them. And what the stakes are either way. Earning minimum wage helps in our decision making. I chose friendship over a job I didn't even actually like.

Nevertheless, for a time in 1974 we had the radio.