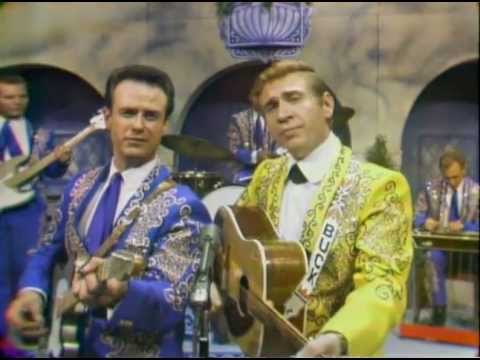 Proportionally, "Country Music" has become The Johnny Cash Show. I admit I don't see, and never have seen the allure. If country fans in the nineteen sixties had been tasked with listing their top ten favorite artists, I'm skeptical that Cash would have even made the list, except for sixty-year-old bachelors who lived in a tin shed with a broken-coil mattress and a bottle of Jack.

Now that I've gotten that out of my system, let's move on.

I truly appreciated the minutes dedicated to the Nashville session players. I was quite the scrutinizer of  album liner notes back in the day (what else does one do while the LP is spinning?), and certain names checked in the episode bring back fond memories ~ Hargus "Pig" Robbins, Lloyd Green, even Charlie McCoy, who I was completely unaware played the lead guitar intro to Detroit City (Bobby Bare's voice singing in the background of the segment was the only nod to him in this series ~ the story of his sadly uncelebrated career). We even got to see Green play a few bars of Steel Guitar Rag.

I was heartened that Roger Miller got his due. There was no one bigger in the first years of the sixties, except for Buck Owens. And I always liked Miller ~ the guy ~ as well as his goofy, dizzy songs. I haven't mentioned in past recaps how much I love seeing Ralph Emery, the "DJ Exalted", recount his memories. Ralph knows a lot, and I'm glad he agreed to share some of those secrets with the director. (I suspect there's a bunch that are best kept close to the vest.)

The first bars of Buckaroo gave my heart a jolt. This is my country. As much as I've denigrated what Buck Owens sunk to in later years, he re-ignited a country music that had slumbered into unconsciousness, thanks to Chet Atkins' "Nashville Sound". Based upon the outsize influence Owens had on country, his time on screen was unfairly brief and mostly dedicated to The Beatles having chosen to record Act Naturally. I think Don Rich was mentioned once. People who know country, as opposed to neophytes, know that Don Rich deserved more than a single name-drop.

"I guess you had to be there.". Okay, I was there, and I still didn't quite get what Loretta Lynn did ~ until now. In the moment, one judges music for its immediate appeal. We don't consider the sociological implications (hello?). I used to find Loretta corny. Don't get me wrong ~ I liked her early songs. I saw her in concert a couple of times, the first when I was around ten at Panther Hall in Fort Worth, Texas. And I bought her albums, but again, I pretty much bought what was available. I find Coal Miner's Daughter tedious in its repetition. But Loretta put herself out there ~ all her inner feelings and hurts ~ and didn't care who liked it and who didn't. Today I give her props. She wasn't singing songs penned by men who "imagined" how women felt. She wrote her own, and they were true.

Charley Pride's first album may have been the first country LP I purchased. When Alice and I first heard "The Easy Part's Over" on the radio, we agreed it was a good song. We didn't know he was African-American. Radio hid that, as if we'd care. I vaguely remember learning that fact and being flabbergasted, not because I was racist, but because I didn't think Black artists would stoop to singing country. My one-time favorite singer, Faron Young, became Charley's champion. So much crap has been written about Faron, it's heartening to hear sweet stories, especially coming from Pride himself.

Then there was Merle. Wow, did he get short shrift. How about if Ken re-packages the series and replaces all the Cash segments with Haggard? Let's' just get this out there ~ Merle Haggard was the most influential country artist ever. But thanks, Dwight Yoakam, for tearing up recounting Holding Things Together. I get a lump in my throat every time I see Merle on screen or catch the intro to one of his hundreds of songs.

Surprisingly Connie Smith got her due. Let's be frank ~ I bought far more Connie Smith albums than I ever considered buying by Loretta Lynn. Frankly, Connie Smith was the female artist of the sixties. I'm also glad that Marty Stuart got to relay the story of their relationship. I'm a fan of both of them.

Sooo....then we begin Dolly Parton's story. The episode forgot to mention that Dolly met her future husband, Carl Dean, on her first day in Nashville, at a laundromat. Otherwise, it told her early musical story competently. It kind of brushed past the part about Porter and Dolly's many, many hit albums ("recorded a few duet albums together" ~ okay).

"Ode To Billy Joe" was mentioned, although frankly, that track got played a lot more on pop radio than on country. And how could we escape the sixties without "Harper Valley PTA"? (Tom T, what do you have against writing choruses?)

Annnnnd.......now back to Johnny. Yep, he recorded Folsom Prison Blues around '68, live, at a prison. And the rest of us were imprisoned by that song for about one long year (chunka-chunka-chunka).

I'm guessing Tammy Wynette is featured in Episode Six. I'm guessing Lynn Anderson is not. We already know that Bobby Bare is apparently a footnote.

As much as I like and appreciate "Country Music", Ken kind of fumbled this particular era. And no mention of Conway Twitty? I'm no fan, but come on.

But hey, Jeannie Seely, nice to see you! And "Don't Touch Me" is a great song.