September Is Country Music Month ~ I Almost Missed The Eighties 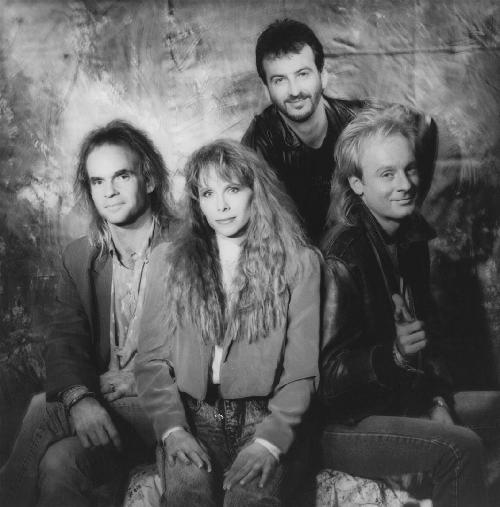 Unlike today when country music really is dead, by the dawn of the eighties I was convinced (erroneously) that my favorite music had bit the dust. I mostly gave up on listening at all, although a part of me kept checking in just to make sure I was right. Decades-long habits are tough to break.

Country was dominated by Kenny Rogers and a newly-pop Dolly Parton. Alabama was still clinging to the charts, but I was frankly tired of Alabama. In my little town, we didn't get a lot of concerts, but Alabama showed up almost once a year; thus I went, simply to see live music. They were the sort of group if asked one's opinion about them, we would say, "they're okay". I don't mean to knock Alabama; I just wasn't excited by their music. I caught a couple of artists on the radio I liked ~ new girl singer, Johnny Cash's daughter, Rosanne; and I still was a fan of the Oak Ridge Boys. The movie Urban Cowboy was released in 1980 and almost smothered country's breath. I saw the movie with my mom, because we both liked country; she superficially; me reminiscently. The soundtrack was not good. It was a gloppy stew of disjointed songs. And if I never again hear Lookin' For Love, I will consider myself blessed.

Sometime in the early eighties a new channel slipped into my cable lineup ~ MTV. I found that the songs were catchy and it seemed that, unlike country artists, the musicians really liked what they were doing. So I made the wrenching decision to forsake country completely. My car radio preset became pop station Y93. Ask me anything about eighties pop and I can tell you. Mention early Judds and I'd ask, "who?"

The eerie thing about skipping a few years of country was that I did it just as the genre was making a comeback, and I completely missed it. Who did I miss? The afore-mentioned Judds, George Strait, Randy Travis, Dwight Yoakam. I stopped in to visit my mom and dad one evening and they were watching a VHS tape of George Strait in concert. Of course, I didn't know who George Strait was, and I tossed my head derisively. I'm sure I clucked my tongue, too. The next day, just to make sure I'd been right, I twirled my car radio dial to the local country station and gave it a trial listen. I was flabbergasted to hear actual country songs, real country songs; and no longer analog. The steel and fiddles were so crystal-clear. The bass pounded like a heartbeat. There were drums! The artists seemed unafraid to burst forth with actual passion.

Damn! I'd missed it!

I didn't stop watching MTV, but I found a new channel called CMT. It had music videos, too, and they were country! This whole revelation was mind-blowing! Maybe all it took was for me to go away for a while (unfortunately, that theory hasn't worked for the last 20 years).

I'm not completely convinced the nineteen eighties were the best decade for country music ~ the sixties and nineties are stiff competition ~ but the eighties roped me back in.

So, to celebrate September as Country Music Month, let's look back at the best songs of each tick of the eighties:

Sorry, too many. Here's a bonus:

I could go on and on and on, but I'll stop here.

And thank you, Dwight Yoakam.

A couple or three of these songs were written by you, Rodney Crowell. I am in your debt.

This is country music.

There you go, Ken Burns.