Anatomy Of A Great Country Song 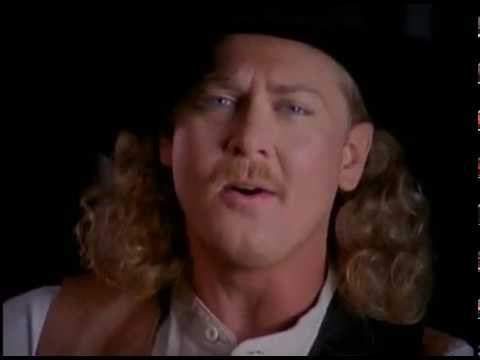 I'm not a stickler for profundity in music. In fact, to me the message is beside the point. That's why it's called music; not poetry. It's such a simple concept, I am befuddled why so many "experts" miss it. The message is in how the song makes you feel in the pit of your gut. Really, the words are superfluous. If a good singer with a good band sang, "bah bah bahhhhh" with just the right chord progression and change-ups, I'd proclaim that it deeply touched my heart. And I'd be right.

Granted, a meaningful message paired with soulful singing and the right melody is an added plus. That's country's aspiration. And that's what also makes a great country song gossamer.

There are a ton of country songs that people consider classics, but the majority of them make you feel the words but not that punch. Sometimes it's soaring violins that do it ~ think "He Stopped Loving Her Today". Or the duh-duh-duh-DUM of the steel guitar in "Stand By Your Man". Or the searing harmonies in "Sing Me Back Home".

There are no step-by-step guidelines for creating a classic country song. If there were, we'd be gulping water in a roiling sea of perfection; and then what would we have to compare? It's not even the truly bad songs that allow us to recognize a great one; it's the banal ones. A thousand different artists went into the studio and recorded songs that they thought were, "Hey, pretty good!" Except they weren't. Those are the songs we hear, but don't really hear, on the radio. They're static at best.

The worst conceit is a song the artist wrote him/herself. There's nothing worse than a self-absorbed songwriter (take it from one who knows). Songwriters equate the sweat that went into creating a song to its relative quality. Not many can carry that off ~ Kristofferson can; Yoakam can. Haggard could.

When I was writing my retrospective of country in the nineties as a companion (or counterpoint) to Ken Burns' documentary series, I re-found "Sticks and Stones", and remembered how much I'd loved it. Silly me; I'd always thought Tracy Lawrence had written the song. That's wrong, wrong. The songwriters were Elbert West and Roger Dillon.

Maybe it's just me; maybe it's not. I categorize Sticks and Stones as a classic country song. It's not static. And it provides that gut-punch that a great country song requires.

Tracy Lawrence became one of those "disposables", when Nashville again decided that real country was passe. "Bro country, man! That's where it's at!", said the fifty-year-old label exec whose Wranglers were a bit too snug when he tried to pull them on for an industry event. You will be pleased to know that Tracy is still out there and recording music. He doesn't have a label, of course, like Mark Chesnutt doesn't have a label, and Clay Walker doesn't have a label. Apparently all the classic artists have transcended labels.

The nineteen nineties was the last time that country music was country music. Country is mostly gone now; a tyrannosaurus rex in a world that subsists on EDM and synthesizers. Static in the extreme.

But that's why I'm here ~ to memorialize true country before everyone forgets.