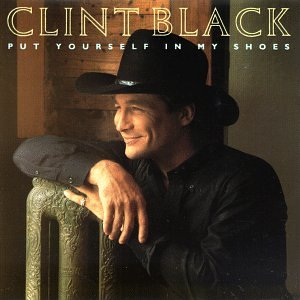 For a variety of reasons, barroom songs are the best songs. I grew up around bars, or what one might now call "tap rooms", with a juke box and a local band playing on weekend nights. The whiff of stale tobacco mixed with gin and bourbon smells like home. There's nothing like the morning after, when tables need to be cleared, to soak in that cloud of obliterated good times.

As a kid I only knew about the music and that people seemed to be having tons of fun. I could perch right outside the entrance of my uncle's bar, and later my dad's bar and take in the abandon displayed before me and the thumping of an electric bass and the crash of drums; even though I couldn't quite discern which song the band was playing. I didn't even think to make judgments about the masses inside ~ the sad men bumped up against the bar nursing a tall frosted glass or the wiry arms draped around hairspray-stiffened fake blondes in red booths in dark corners. Once a quarter got dropped into the juke box slot, men who had, after three whiskey sours, developed a certainty of their dancing prowess would coax the ladies into their arms and onto the dance floor, and they would two-step to Ray Price's "Crazy Arms" or Buck Owens' "Foolin' Around".

It was all exciting to me because it was different; foreign.

For reasons that all pointed back to my dad, I renounced bars for a couple of decades thereafter. The fun is fleeting; the repercussions are piercing daggers that stab for a lifetime. But sometime around 1987, I felt a craving to re-immerse myself in the fun times ~ experience the abandon as a fully-grown woman. There was a renowned country bar in my town called The Dakota Lounge that brought in all the best regional bands on weekends and had a scrolling neon sign inside that flashed all the upcoming acts. The club was dark, as all bars should be. Faux cowboys strolled in around eight o'clock, black hats perched atop their sideburned coiffes; shiny pointed boots inadvertently pinging against bar stools. The gals would saunter in as a clutch around nine; red kerchiefs circling their slender necks, a powder puff of Jovan Musk wafting off their breasts. The cowboys began to circle, scoping out the prettiest, and then the juke box would kick in as weary bar maids took drink orders.

Decades had passed since Ray Price had boomed out of a Wurlitzer's speakers, but the tableau was just the same. It requires a special vibe to commence the ritual; mystic, yet immediately agreed upon. The song is a toasty embrace with a pulsing heartbeat.

This was that song:

Had Clint Black never recorded another song, "A Better Man" would still be celebrated as the ultimate country hook-up song of the nineteen eighties.

But he did record more:

What Clint did was, he didn't forget country music:

Thanks to Saving Country Music, I found this wholly original video:

Ken Burns may have brushed Clint Black aside, but I won't.