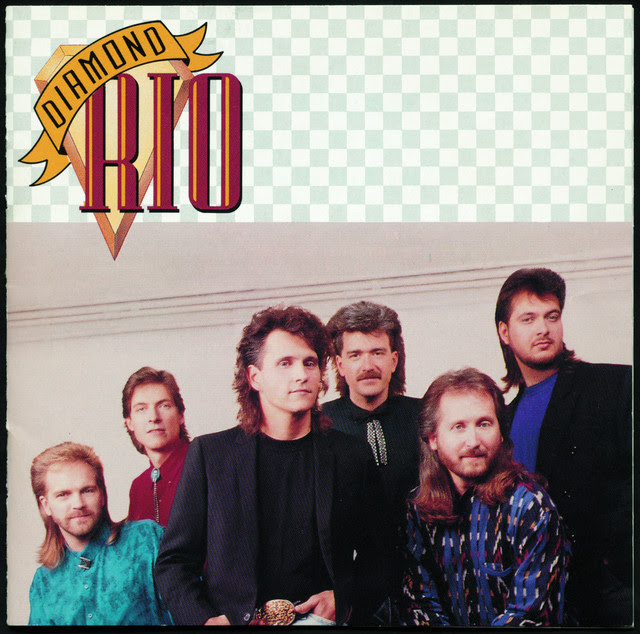 Over the years, I've seen a lot of country bands. To be clear, a band in country terms is distinct from a rock band. In the sixties a country band played "backup" to the star. That said, some bands distinguished themselves ~ The Buckaroos and The Strangers, to name two. I would add the little-known Po' Boys, who backed Bill Anderson, and get zero mention.

By the seventies things began to change. Alabama was self-contained; Randy Owens was the lead singer, but the band in its entirety was the star. In the eighties, NGDB (The Nitty Gritty Dirt Band) were iconic. The Mavericks, in the nineties, distinguished themselves as seminal musicians.

But the best true band I ever saw live was Diamond Rio. It was a small, intimate venue, in a casino many miles from home. Having dinner in the restaurant prior to the concert, I spied Gene Johnson at a table alone, endeavoring to eat his steak and baked potato, when a couple of frenzied female fans accosted him, and I thought, wow, leave the poor man alone. He was gracious, but I would never do that to another human being. It was an eye-opening revelation; thus when my then-husband and I passed by his table on our way out, I deliberately ignored Gene.

At half past eight o'clock, we settled into our third-row seats in the venue and proceeded to be wowed by a phenomenal band. I think there was actually a red velvet curtain as a backdrop.

Marty Roe was a true bluegrass singer who tucked himself into the country genre and embraced the role of showman. Lead guitarist Jimmy Olander exuded perfection and personality. Gene Johnson, despite the heartburn interference, was a master. The band was rounded out by Brian Prout on drums, Dan Truman caressing the keys, and Dana Williams plunking the bass.

There are great artists who are duds at live performance. See: Alan Jackson. I wouldn't even remember the Jackson concert I attended except for a skinny elm tree perched in front of the mic wearing a white cowboy hat.

Diamond Rio was no Alan Jackson.

I love this song:

I'm partial to this one, too:

Sadly, I don't know if DR was oblivious, but they never made an official video of this song?

All Rio's songs weren't about the fun.

Yes, George Strait did it, but Diamond Rio did it first:

The nineties can be summed up for me in two words ~ Diamond Rio.

This is what the nineteen nineties were about.