Worst Christmas Songs Of All Time 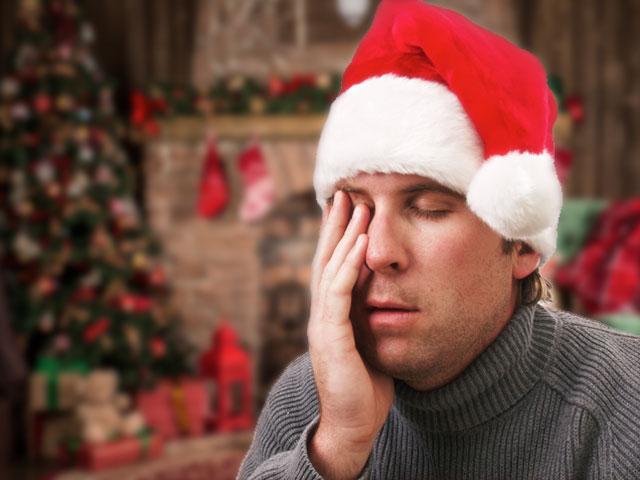 Someone out there, someone whose name will never be known, has written a new classic Christmas song. It won't ever be recorded because this writer savant doesn't know how to get his or her song to the right people, or because no one is interested in new holiday tunes. After all, there's plenty of old ones to recycle.

Like all music, there are great Christmas songs, middling tunes, and finally, the putrid.

In the late nineties in my workplace we had piped-in music. Songs were cycled on a predetermined schedule. Like all Muzak, it was aimed at offending no one. Thus, we heard "The Weekend" by Steve Wariner forty times a day, and something by Mariah Carey. Come Christmastime, holiday songs abounded. You know how it is when you hear a tune that makes you grit your teeth, and then you have to hear it once an hour, on the hour?

There was a song by Andy Williams that I can't find anywhere online, probably because someone had the good sense to burn the master in a fiery blaze. It was jazzy. The lyrics went something like this:  "boo-dee-doo-dee-boo-dee-bup-POW!"  Nothing quite says Merry Christmas like an over-age hipster throwing tradition to the wind. I regret that I can't remember the title, because I would cherish sharing its awfulness with you.

I'm not necessarily a traditionalist. I'm down with Wham! and with rockin' the jingle bells. I do believe, however, that Christmas tunes should fall into one of two categories: wistful or gleeful. Many people associate the holiday with Bing Crosby and Nat King Cole, but give me Dean Martin any day. Dino'd had an eggnog or two before he sauntered up to the mic and he was in a good mood, like we all should be this time of year. He didn't take the whole thing too seriously; too somberly. If I want a good cry, I know which songs to punch up; but if I just want to feel good, who's better company than Dino Crocetti?

But aside from jazzy cocktail tunes, the worst for me are the drudging, tedious ones. I don't understand why anyone would like this one:

I've sampled it by many different artists, from Johnny Cash to the old boo-dee-doo-dee-POW! Andy Williams, and I don't care who sings it, it reeks. Here it is, in a nutshell: "PAH-rum-pum-pum-PUM".  I can't begin to describe how much I hate this song. Any tune that relies on onomatopoeia can go to hell.

Here's another one. First of all, the tune is kind of scary for a kid. It sounds foreboding, like something evil is wafting in on the wind. I don't think that's what Jesus intended:

I don't include kids' songs on my list, because kids are entitled to like stupid songs. That's how they learn about music. At age eight, I instinctively knew that "Up On The Rooftop" wasn't a standout song, but it was easy for a kid to sing along to. I can even tolerate Alvin and The Chipmunks. In fact, when I was little, I sang along to lots of dumb holiday songs, but I liked "Winter Wonderland" and "Silver Bells" the best (I wasn't big on reindeer, and my older sister had wised me up to the Santa Claus scam at a young age).

Late on Christmas Eve as I'm nursing a glass of wine, give me "I'll Be Home For Christmas" or even "The Christmas Song". Something sad and pretty. If I'm wrapping packages, I'll take Brenda Lee and Bobby Helms. Hell, there just aren't any great new Christmas songs being written ~ sorry, aspiring songwriters. Just don't play stupid, scary, scatting, or pandering songs.

And I'm sorry, all you nostalgists out there, but I really don't like Andy Williams.

I may or may not write another post before the Big Day, so if I don't, please have a happy Christmas.  Remember what matters.

And it's okay to be a bit grumpy.

Email ThisBlogThis!Share to TwitterShare to FacebookShare to Pinterest
Labels: andy williams, do you hear what i hear, little drummer boy, worst christmas songs