There Are No Good Conservative Songwriters 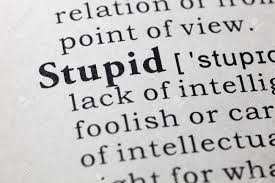 Some dolt named Jason Isbell, who is apparently the "King of Americana Music" (I honestly have no idea who the idiot is) recently got into a Twitter tussle with someone who tweeted that they didn't like his progressive politics, and responded, “If it ever gets to be too much for you, there are a lot of great songwriters out there who agree with you politically. Oh wait, no there aren’t.”

I abhor making fun of the mentally challenged, but I will make an exception in this case. Let's begin with the absurd moniker of "King of Americana". Who crowned him? In my limited exposure to whatever the hell Americana is, I would exalt Dwight Yoakam (who is apparently no longer considered "country") to that title. And Dwight's politics are, yes, progressive, but he's no imbecile. There is no chance in hell Dwight would make a statement like that, because he knows better. Dwight knows that political bent has no bearing on songwriting prowess. In fact, political leanings have no bearing on creativity, period. I don't know (and don't care to know) what kind of songs this Isbell guy writes, but if you're in the country milieu, aren't you writing about heartbreak and about life's ups and downs? I didn't know that was solely the purview of liberals. In fact, I'm pretty sure it's not, based on my reading of online political site comments; unless the songs are all about how much I hate Trump and the world is going to hell...because of Trump.

It's sad that some people's existences are so tiny that all they have to latch onto is hate. No, not sad -- pathetic.

I'm not going to enumerate all the superb conservative country songwriters, because Trigger compiled a comprehensive list here. My point in writing this post is that people need to get over themselves. I sometimes lurk on a (fiction) writer's forum and it's just as hateful as Jason Isbell. The prevailing opinion there (among writers who've had just as much success as me; meaning "none") is that conservatives are hayseeds who can barely read, much less write. The place oozes with condescension.

No wonder I pine for the days when music was just "music". Now we are forced to take sides. That's not what music is about. Music should be joyous. Music should be a respite; a little jewel we tuck inside our pockets. I don't want it to be ruined. I knew that Stephen Stills was a Hollywood Hills lefty, but I didn't care because I liked his music. I know what John Lennon was. Lennon is a god to me.

Let's all calm down and stop hoisting our battle shields.