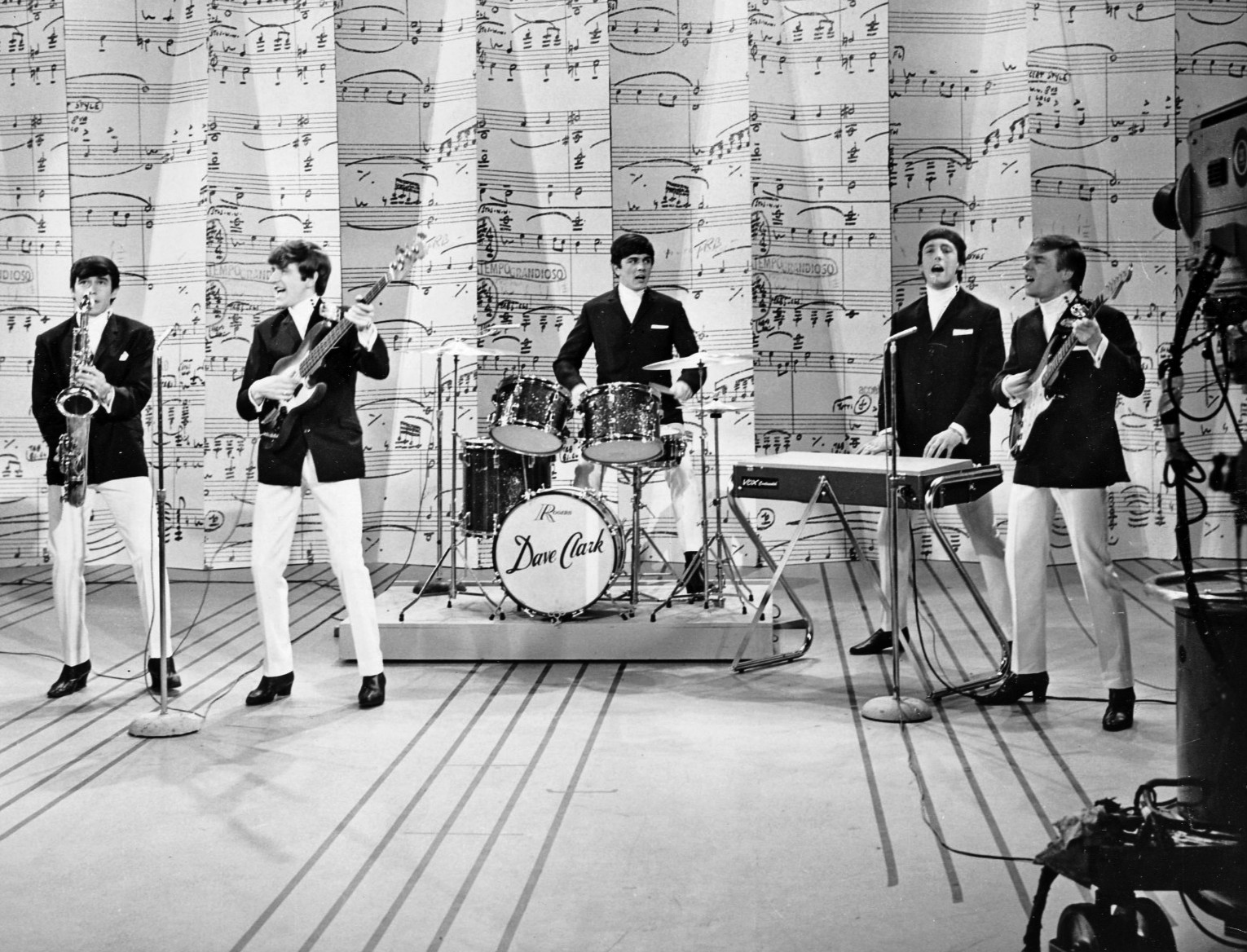 It's impossible to convey the awe of discovering new music in the sixties to anyone who wasn't there. It was a singular time that will never again happen. There was probably a reason for it, but I don't know what it is. "Experts" ponder that it was an optimism borne out of the Kennedy era, but I don't think so. First of all, most of the fresh music emanated from the British Isles. Perhaps it was a post-war release, a baby leaf sprouting out of bombed-out soil. The Beatles came first, but there were, oh, so many others.

Everyone hypes the so-called rivalry between The Beatles and The Rolling Stones, but I was there, and The Beatles' competition was not The Stones--it was The Dave Clark Five.

It wasn't long after The Beatles debuted in America (on The Ed Sullivan Show) that The Dave Clark Five showed up. Long forgotten is the fact that The Beatles began their career by featuring tons of cover songs. Yes, they had She Loves You and I Want To Hold Your Hand, but they also covered Chuck Berry and Motown. The Five also copied previous hits, like Do You Love Me and You've Got What It Takes, but they also had originals:  Glad All Over and Can't You See That She's Mine.

My wondrous discovery of The Beatles in 1964 only made me salivate for more. And I didn't have to wait. It seemed like a confetti bomb burst and suddenly I was showered with more music than I could absorb into my tiny brain. And they were all British Invasion artists. Bam, bam, bam -- they exploded out of my transistor speaker. There were so many, I could afford to be picky. Gerry and The Pacemakers -- kinda boring. Freddy and The Dreamers and Herman's Hermits -- novelties.

But, ahhh, The Dave Clark Five. When one is nine, they ponder mundane realities like, why is the band named after the drummer? Nobody does that. It's not called "The Ringos", after all. At first I assumed the lead singer was Dave Clark, but I was oh so wrong. The soul of The Dave Clark Five was the astounding Mike Smith.

Mike Smith was hands-down the heart of the band.

At age nine, I didn't know what the tiny piano/organ was; some kind of jet-age invention. But the primary appeal of the band, aside from the drums, was Mike Smith's cuteness. Cuteness was a primary factor in a nine-year-old girl's assessment of...well, everything.

I didn't appreciate this song at the time, but boy:

Surprisingly, I can't find a live performance of this song, but c'mon:


In actual years, The Dave Clark Five had a short run, but it's not the calendar that signifies greatness. The Beatles had kind of a short run, too, but it seems that people keep listening to their songs.


Let's not forget The Five -- or if you're younger than me (as most people are), let's discover them. To a giddy nine-year-old, this band was out'a sight!