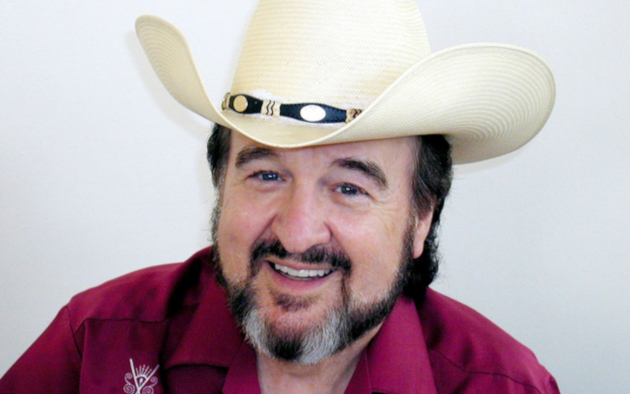 Country music fans of a certain era know Johnny Bush. How could they not? I've told the story before about being shipped to stay with my older sisters in Fort Worth, Texas when I was thirteen. That's the time I first heard Johnny Bush, on Bill Mack's all-night radio show on WBAP. At first I thought, who's this guy trying to sing like Ray Price? (Ray Price actually had a lower register, but Johnny's phrasing was very similar.) It seems that Johnny had been a member of Price's Cherokee Cowboys, so a bit of absorption was probably natural. However much I mistakenly thought he was a Price wannabe, however, I couldn't ignore the perfection of this track:

This was 1968. Johnny had released a couple of earlier singles, but I heard this one first. Later I discovered another Bush recording from that year that has since become a classic (and was covered sublimely by Mark Chesnutt):

What Johnny Bush did so well, aside from writing songs, was to perform them in a flawlessly heart-stabbing, gut-punching classic country style.

Johnny's hit-making time was short. 1968 to his last real hit in 1973 only comprises five years, but it seems like so much more. Those years, as it happens, coincided with my newfound and total immersion into country music. It was also the time when the music was country -- Merle, Tammy, Connie Smith -- they didn't try to hide it. That was the cache of country music. The only people making fun of the music then were "too cool" dolts who'd never ever listened to it ~ as opposed to today when people who profess to like country music actually have no idea what country music is.

I was a junior in high school when this track was released and my friend Alice and I loved it. Johnny wrote it, but it was later co-opted and ruined by Willie Nelson. Unlike me, Johnny was no doubt thrilled that Willie played it (and still plays it) at all his shows, but unless you're a fan of jazz-country, Willie's version reeks. Here's how it's supposed to sound:

1973 was the last time I heard a new hit from Johnny. Alice and I were taking a post-graduation road trip and anytime this song was queued up on the car radio, we sang along...loudly.

After '73 my life moved on and I rarely thought about Johnny Bush except to spin his singles from time to time. I thought that he, like many artists of his time was simply dropped from his label. The music was changing (and not for the better), so that was that. Only later did I learn that Johnny lost his voice due to spasmodic dysphonia and could no longer sing. Through years of work he eventually regained seventy per cent of his singing voice, but by then the times had passed him by. He still performed regularly in Texas, though, where we was (rightfully) revered.

Johnny Bush died on October 16 at the age of 85 and took a large chunk of my musical past with him. I'll surely miss his voice.