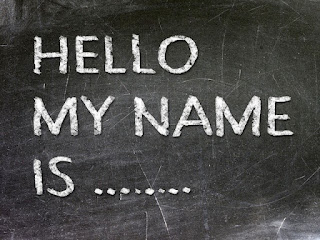 I'm not Saving Country Music's target audience. I check out the site daily, but mostly to find news about artists I'm familiar with. I've honestly tried to get into some of the current acts and the site owner always posts YouTube videos with each article, but in the couple of years I've been browsing the site I've maybe found one unfamiliar artist that merited more than a single listen. Most score a cursory twenty seconds, even when I slide that little red dot a few paces hoping to find the "good part".

Apparently it's not an age thing. Many of the commenters are as old or older than me, but they're still enamored of new music and seem quite knowledgeable about current acts. They listen to Spotify (I, on the other hand, don't like someone else -- even a bot -- picking my music for me). I know nothing about Florida Georgia Line, but I know that most true country fans hate them, so they must be awful. The more obscure the artist, the more the site's devotees love him or her. Honestly, I think these aficionados are simply making the best of a mediocre music scene. They're grading on a curve.

Scanning the home page of SCM today I found the following bands:

These groups might be great. I don't know. But the names could use some spit and polish.

I thus decided to use a random country band name generator to try to create some buzz for a few new groups I've discovered:

Game Loaf With The Acrid Bowel 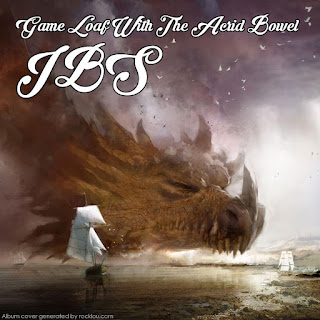 One of the most rumbled-about country bands erupting out of Enid, Oklahoma, Game Loaf With The Acrid Bowel literally blew up indie country radio with their very first single, "IBS", a rocking and queasily rolling debut. Some critics have called the track bloated, but that hasn't cramped GLWTAB's momentum. The band continues to belch out hits that punch fans hard in the gut. Fans especially appreciate lead singer and primary scribe Far T. Trotsky's perceptive takes on life's challenges, with songs like Colitis Calling Me Home, Please Don't Divert My Ticulitis, and of course, I Don't Got Milk. It remains to be seen if Game Loaf's fans will continue to view them as a gas, but all signs for now point to a chronic and persistent ache for future releases. 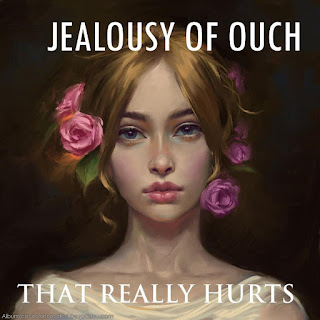 Jealousy Of Ouch vocalist Jenny Bandade scrapes one's heartstrings with slashing lyrics that leave the listener bloodied and buckled. From her quiver Jenny chooses razor-sharp words that plunge an emotional arrow straight into a cheating man's bloodied heart. Jenny offers no mercy as she jabs deeper and deeper, until the listener is left psychically crippled. Then she salves the wound with reassuring tracks like "Mama Will Make It Better" and "Stop Fucking Crying - It's Not That Bad".  Certainly Jealousy Of Ouch isn't a band for the faint-hearted. But if one likes their music raw and exposed, they should check out the title track, along with standouts such as, "I Didn't Hit You That Hard" and "I'm Gonna Tell Mom You're Just Faking It". 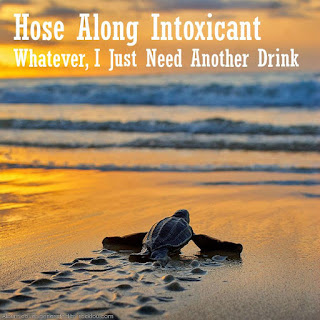 Mississippi has birthed artists as disparate as Elvis Presley and Jimmy Buffett, Charley Pride and Marty Stuart, even blues legend Robert Johnson, but never has it produced a group as debauched as Hose Along Intoxicant. HAI is poised to surpass even the whiskey-fueled roller coaster that is Faith Hill in bawdiness, and its fans are quick to slosh to their nearest record store, drunk on the knowledge that they're sure to find a juiced-up good time. Hose Along Intoxicant is definitely a party band, albeit one that has a puking pile of regrets the next day. One wonders how long HAI can keep staggering on without some kind of intervention. But for a country fan in the market for some lush party tunes, Hose Along Intoxicant is the answer to a skid row prayer. Tracks like "Just Mix It All Together" and "Listerine Ain't All That Bad" speak a tight truth many hard-core country fans are thirsty for. Lead singer G'Rain Everclear hits the high notes with his blood vessel-popping regurgitation of the band's best late-night compositions. Give HAI a spin on a midnight Saturday and it won't disappoint. You'll find yourself stomping one step outside the beat around your bedroom, but no one will care. Sadly, you'll hate yourself the next day. But that's the price we'll willingly pay for tight indie music.