Ever Ask Yourself, Whatever Happened To...? 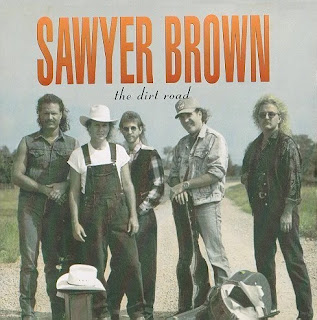 I generally assume the bands I once knew have scattered like the winds, which brings me to Sawyer Brown. I wasn't a big or even middling fan, but I heard "Some Girls Do" on SiriusXM the other day (Sirius plays the same twenty to twenty-five songs over and over again -- it's like classic rock radio) and asked myself, "Whatever happened to...?"

The Google Thing™ is an indispensable tool. I quickly learned that not only is Sawyer Brown still together, but they're still touring. In fact they'll be in my general area of Minnesota this summer. Don't scoff at county fairs or casinos. The best country concert I ever saw in my life was from the second row of a casino stage. To country artists of a certain age (and their fans) casinos have been a gift from heaven. I would definitely buy tickets to see Sawyer Brown perform in a casino.

SB is kind of an anachronism, much like Alabama. They were everywhere, had their hits, but never quite burst through the glass neon ceiling. In 1983 there was a Saturday night (?) syndicated talent show hosted by Ed McMahon called Star Search, and had eight categories of competition, including the now infamous "spokesmodel" bracket, which...really...models who can actually speak? Anyway, a new group called Sawyer Brown won the very first vocal group award (Mark Miller had hair then).

Sawyer Brown wasn't accepted in Nashville at first, as Mark Miller detailed in an interview, because they were considered too "rock and roll". Seriously? That's not rock and roll. Regardless, it was partially the group's own fault. They didn't do substantial songs. It was all fun, which is okay, but it's kind of like Achy Breaky Heart. Fun songs are okay for a month or two, until they descend into dreck. I get it; they went with their strengths. And now, almost forty years later, I bet fans lap that stuff up (ahh, nostalgia).

They also remade "The Race Is On" (don't remake classics), and I don't know if this is an official video, but the quality is awful.

I never once purchased a Sawyer Brown album until "The Dirt Road". Mark Miller and Gregg Hubbard wrote this one. Maturity? This is when the group ventured into substantial territory. And the song is flat-out good.

Even the "fun" song on the album actually said something:

Subsequently the band incorporated hefty songs into their repertoire:

Those of us who were around watched Sawyer Brown transition from a goofy bunch of kids into a serious band. The years kind of do that, don't they? Sirius kind of tricked me into only remembering the silly stuff, but this retrospective knocked some sense into me.

Yea, I would definitely see Sawyer Brown in concert...now.