Spotify Beats SiriusXM All To Hell 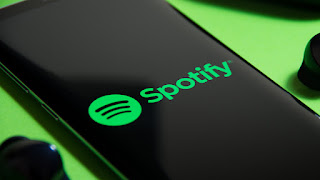 Well, I made the switch.

It wasn't easy. Sirius is dedicated to making sure one NEVER cancels their subscription. For those who are wondering, use the chat option and just keep telling the chat bot that you can't afford to continue. It's a hard argument for their reps to counter. "I'm sorry. I'd really like to continue, but I'm pooo-ooo-rrrr." I actually am poor, so that wasn't a fabrication. I can afford one music subscription, and Sirius just wasn't doing it for me.

I'm not sure, but I'm suspicious that they have some kind of financial arrangement with Juice Newton's management, because "The Sweetest Thing" and "Angel Of The Morning" kept popping up on every country channel I clicked on (and, come on, Angel Of The Morning isn't even a Juice Newton original.) That, and Crystal Gayle. I like some Crystal Gayle songs, but not over and over and over. SiriusXM never swaps out their songs. They take their subscribers for granted. The best channel on Sirius is Willie's Roadhouse, and even then, they like to feature an obscure Kitty Wells single that I couldn't abide. It takes a lot for me to listen to Kitty Wells in the first place. I'm not eighty. Dwight's channel doesn't feature enough Dwight, and besides, I own all his albums, so there's no added value there.

I can create my own playlists, so I can listen to the songs I actually want to hear. And there's not one Juice Newton track among them. Seriously, what's with Sirius's infatuation with Juice Newton?

I actually emailed SiriusXM once and volunteered to give them some music recommendations. Of course, they ignored me, but it made me feel better.

What bugs me about Spotify?

Sometimes the only versions available are remakes. I DON'T LIKE REMAKES. I like recordings to be the way I remember them. I realize this isn't Spotify's fault -- they have to go with what's provided to them. Still don't like it.

I also don't like that Mel Tillis's singles aren't available. Maybe Pam could rectify that; I don't know.

But overall, I could spend interminable days creating playlists. And love it. I like categorizing things and I like that nobody can stop me from doing it.

It took me way too long to switch on the light bulb. Often we simply stick with what's familiar, even though it sometimes shreds our nerves. If it wasn't for my podcast notion, I wouldn't have even given Spotify a second look.

Now I'm so busy creating playlists, my podcast idea has taken a back seat.

Email ThisBlogThis!Share to TwitterShare to FacebookShare to Pinterest
Labels: how to cancel SiriusXM, juice newton, spotify