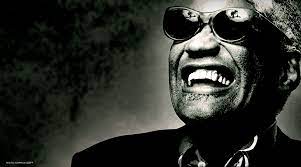 In order to be eligible for the Country Music Hall Of Fame's veteran's category, an artist must have reached national prominence at least forty years prior.

That list of performers thus include artists such as Tanya Tucker, Lynn Anderson, JERRY LEE LEWIS, among others.

So, what did the mysterious HOF members do? They inducted R&B star Ray Charles.

Ray Charles recorded one ostensibly country album in 1962, Modern Sounds In Country And Western Music (first clue that someone is not country: call it country and western). 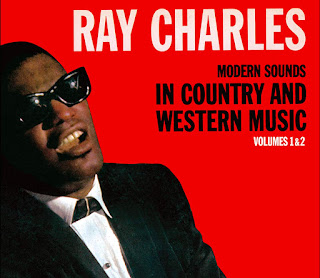 I was seven years old in 1962 and I do remember hearing a couple of the tracks from the album on the radio:

Even at seven I knew this wasn't country. The second track is how country would sound if Andy Williams tried to sing country (Andy would, no doubt, add the "and western" to his track label). The first track is fine as an R&B version of Don Gibson's country song.

So eighty-five-year-old Jerry Lee Lewis, who devoted years and years to actual country music, can smile down from heaven when he is finally inducted into the hall of fame. Maybe Faron Young who, too, only got inducted after he died, can join him in his celebration.

Ray Charles was a great artist. He just wasn't a country artist. So why was he inducted into the HOF, bypassing actual deserving country stars?

The Hall Of Fame needs to widen its induction process. Why only one artist in each of the three categories per year? Come on. If they're going to be politically correct, fine, I guess. But how about three in each category? Even then they wouldn't be able to keep up.

I've pretty much washed my hands of this "organization".