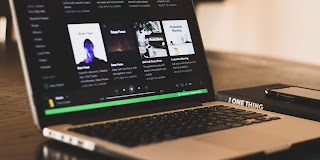 Who says I'm a time waster? Okay, me, probably. Regardless, I've been busy creating new Spotify playlists, for those days when there's nothing on TV and I need something playing in the background.

I believe the sixties were the best years for rock (or pop - your choice) music, and thus I formulated a playlist for the entire sixties. This posed some problems, because trust me, 1960 was eons different from 1969. Melding the entire decade together was kind of clunky.

And though my memory is still pretty good, even I couldn't even begin to remember every hit song from every year. So I consulted Billboard's top one hundred hits from each of the ten years and then started selecting.

I ended up with a playlist of 373 songs (yes). I'm not in love with all of them, but my criteria was that I had to at least kind of like the song. The ones I hated were not included.

I've also created a playlist for the eighties. This one only has 124 songs, which I admit is much more manageable. And this one was not based upon any record charts.

One downside to Spotify's playlists is that it doesn't allow one to reorder songs, other than by title or artist. I would like the ability to rearrange songs to my liking. But I can live with that.

I may have exhausted my playlist options, but I doubt it. Now I move on to other distractions (for now).