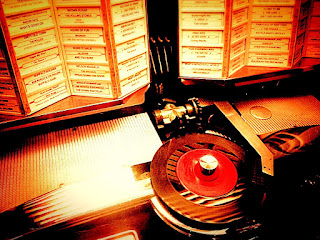 In creating my (awesome) Spotify playlists, I suddenly realized I'd completely overlooked the seventies. I have a love/hate relationship with seventies music. I can't pinpoint the reason, other than frustration. It's not that there weren't great singles released in the decade, but there were also so many bad ones. One's memory can become clouded. The seventies actually weren't all cheesy disco songs. In perusing the top one hundred charts from each year, I found tons of tracks I'd forgotten. And yes, there was Barry Manilow, who actually wasn't bad, and the Bee Gees, who actually were pretty great. But there were also a lot of one-hit wonders, whose singles were kind of wonderful.

Just as the sixties were a dichotomy, the seventies, too, were delineated for me by my station in life. From 1970 to 1973 I was in high school, a time when music meant everything. By '76 I had more important priorities -- being a mom -- and music fell to the background, though I was still aware of it. The year 1973 resonates with me most keenly, music-wise. Those are the tracks that occupy prime positions in my playlist.

And a word about classic rock radio: I hate HATE it. I don't even know why it still exists. Guys who still listen to classic rock are at least in their mid-fifties. It's time to move on, boys. My local classic rock station's rotation consists of this: Aerosmith, The Rolling Stones, and The Who. Lather, rinse, repeat. I can barely tolerate most of these bands, and my playlist reflects that. I threw in one or two samples of each, just because people searching Spotify for seventies music (old geezers) will expect to find them on a playlist titled A Decade Of Seventies Hits.

As I've done before, I researched the top one hundred singles from each year and made my selections accordingly. After 300 songs I just got tired. I might revisit my list later, but for now three hundred will have to suffice.

I knew I said I was done with playlists, but it's addictive. Too addictive.

Who knows where I'll travel next?

Email ThisBlogThis!Share to TwitterShare to FacebookShare to Pinterest
Labels: spotify playlists, the seventies