Reviewing The Top Ten Country Hits From This Week In 1987 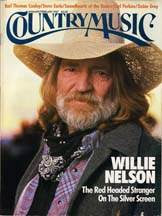 As someone who considers myself quite the country music aficionado, the number of successful country hits I've forgotten is mind-boggling. In perusing the country singles chart from this week in 1987, thirty-five years ago, only two (two!) of the top ten are familiar to me. 1987 was a rather seminal year for me in country, since that was the year I came back, after a several-year foray into rock. My leaving wasn't my fault; it was country's. Naturally, however, while I was away, country got good again and I had a lot of catching up to do. No regrets. With music it's a snap to play catch-up. It's not like music suddenly disappears. And everything is new, even if it's old!

But I digress. Scanning the totality of the top forty for this particular week, a few soon-to-be classics were scratching their way to the top. That, however, is not my job here. My designated task is to review the top ten as if I've never before heard them. In most cases, that's actually true.

The usual disclaimer: Performance or music videos may not be available on YouTube. All I can do is my best.

I love this guy's voice. It reminds me of that seventies pop group, England Dan and John Ford Coley 😀. Truthfully, however, his voice belongs in country, not pop. That said, this song is forgettable. It's a middling ballad that without the soulful voice would be something a wannabe singer would strum on an acoustic guitar in his basement bedroom. I'm going to boost it half a grade solely due to the singer.

I'm not sure what to make of this. It has a comforting cadence that evokes the song's message. The chorus is relatively easy to memorize and thus is sing-alongable. But it's one of those tracks that doesn't say as much as the writers maybe thought it did.

This song should remind today's songwriters that the best lines are not twelve words long. Five words, if they're the right words, are the mark of great songwriting. GREAT songwriting. Shout out to Robert Byrne and Rick Bowles. HUGE shout out to the late master Earl Thomas Conley who made this track magic. A great song, a great, soulful singer; a track that will pull couples onto the dance floor (trust me). What dos that add up to? A classic.

This group is capable of so much more. I don't even know what this is, but it's a mistake. The track seems to have one foot in (bad) eighties pop and one toe in country. The key changes do nothing to improve it. And the Kenny G-type sax -- c'mon. Even Jeff Hanna's voice is buried in this rancid stew.

Never wear your boots outside your pants, but that has nothing to do with the track itself. I just felt a need to mention it after viewing the video. Hmmm, this is kind of a little nothing song, but it does have a pleasant melody. Surprisingly, this topped out at number three for Eddy. If I heard it once (which I just did now) I'd never care to hear it again.

#5 ~ Straight To The Heart ~ Crystal Gayle

While watching Crystal perform this song, my mind wandered. I wondered if she'd ever cut her hair (spoiler alert: no). A wandering mind is the mark of a bad song, which this most definitely is. They all can't be winners, I guess. But they all don't need to be this bad.

#4 ~ I'll Come Back As Another Woman ~ Tanya Tucker

It's near impossible for this woman to do a bad performance. This is but one of a ton of Tucker hits, and a minor one. In the hands of a lesser singer this song would be a mess. I would listen to it again, but it's not $-worthy. So, no, I wouldn't buy it. Or include it in a 1987 Spotify retrospective. Another half-grade bump based on the singer.

It's a sad fact of show biz that 99.9% of artists have a shelf life (the other .1% are named George Strait). This track reeks of desperation. I would never play this again and would celebrate my superior taste in successfully avoiding it. Love ya, though, Ronnie.

See: "Shelf life (Ronnie Milsap)". The first thing Sheppard shouldn't have done was try to sing in a higher register. I think there's a reason I've never heard this track before. I'll just say it: this is putrid.

A totally forgettable track. This makes me want to lie down and go to sleep. I don't know what this guy's deal is. I guess he performed on Broadway or something, and went slumming into country music and fooled some people. I don't get it and I don't get him. The only reason this track gets a bump is because T.G. Sheppard's song is so bad.

This was a fun experiment. Was. Now I'm simply depressed. I happen to know that country music wasn't this bad in 1987 as a whole. Maybe it's just that the year was new and listeners didn't know how much wondrous music was yet to come. Or maybe if one sorts out the chaff, they're left with one classic track. Is there only one classic country song released each year? That can't be right. I might have simply stumbled on the wrong year.

I should be celebrating Earl Thomas Conley's A+++ instead of dwelling on the absolute drivel.

Celebrate the good. Forget the rest.