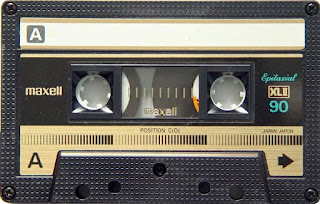 My husband I have a difference of opinion. He loves classic rock; I hate, hate it. I hate Aerosmith, and to me, Rolling Stones tracks sound tinny and weak. Led Zeppelin is okay, but I never bought any of their records. The Who is a complete mystery. Forget any of the heavy metal bands. I'm not a fan of angry music.

I think the disconnect is as simple as AM radio versus FM. In the seventies my spouse was an album guy. I bought no rock records, but I binged on AM radio, mostly because I was surrounded by it, either at work or on my portable transistor. In my small town, FM radio was a niche. Nobody actually tuned into it, probably because the lone classic rock station was lazy and didn't even try. Anybody who was anybody glued their car radio dial to 550, KFYR. KFYR played the hits; not deep album tracks.

Thus, my husband's and my musical experiences were completely divergent.

Like I once denigrated seventies country music until decades later when I learned better, I scoffed at seventies pop ~ cheesy, manufactured, trivial.

Turns out I was wrong.

Oh, there were plenty of cheesy hits throughout the decade, including possibly the worst single of all time, "You're Havin' My Baby"; and there were others. You Light Up My Life, My Girl Bill, Muskrat Love, Afternoon Delight, American Pie (😉 ~ maybe that's just me).

And tons of one-hit wonders. But that's what makes the seventies so singular. One top ten hit and never heard from again. Come on, Brownsville Station? Paper Lace? Yet, if you were around then, you've never forgotten those singles.

I currently have 310 tracks on my seventies Spotify playlist, but never fear ~ I'm not going to inundate you with 310 music videos. I'll choose six or seven, tops, ranging from "fun" to "classic" (yes, there were classics!)

1973 ~ Elton John ~ Goodbye Yellow Brick Road
1971 ~ Nilsson ~ Without You (sorry for the fake "live" video)
1974 ~ Gordon Lightfoot ~ Sundown
1977 ~ The Bee Gees ~ How Deep Is Your Love
I could go on and on (obviously), but one must know when to stop. Suffice it to say, I now love the seventies. It could be nostalgia, but I believe it's a case of not recognizing the good while it was happening.

By the way, I like cheesy songs as long as they're deliberately corny and not a steaming mound of cow patties masquerading as "super serious" ditties. (I'm lookin' at you, Paul Anka and Debbie Boone.)

And:
I think I just may come back to this topic at a later time.