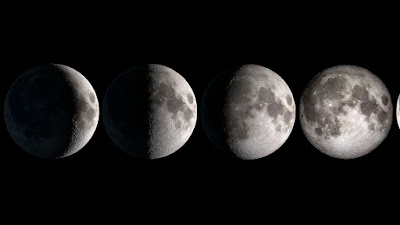 I've had a lot of interests in my (okay, long) life. Ninety-nine per cent of them involved the creative arts. I think that derived from the fact that I spent most of my time as a young child alone, with nothing but my imagination for company. I was a middle child, with much older and much younger siblings. My mom had her first child at age nineteen, me at thirty, and my youngest sister at thirty-seven. My oldest sister's first-born son is but one year younger than my little sister.

So, in the winter our basement was my playroom. I played teacher to my dolls and even a priest serving Mass. Upstairs in my room I lip-synced to records in my bedroom mirror. Summers were spent walking along country paths or exploring our little grove of trees, most of the time making up songs in my head and singing them to the birds. If anybody ever asked me what I wanted to be when I grew up, I said "teacher" (which I sort of actually became). What I didn't tell them was "singer". That was too preposterous for even a naive little girl to utter.

I grew up and stopped singing. I had a couple of stops along the way ~ a western trio with two of my cousins when I was nine, a one-time reel-to-reel recording of myself singing three-part harmony to Silver Wings, which I admit wasn't bad, but also wasn't the hardest song to tackle. I never sang again, except along to my car radio, until I was forty-five. My songwriter husband said something to the effect that "you can write; why not try to write a song?" I accepted the challenge, wrote my first song and then my husband recorded me singing it. I wasn't terrible, but I wasn't all that good. I did manage to stay on key without any hocus pocus auto-tune, though. It kind of snowballed from there. I wrote songs like crazy, most of them horrible, until I hit my stride and wrote a bunch of good ones. And my voice got better ~ stronger. It's amazing what a shot of confidence can do.

Around nine years ago I quit writing songs. It wasn't a conscious decision. I did FAWM (February Album Writing Month) for four years, which is a songwriting challenge, the goal being to write fourteen songs in twenty-eight days. All fifty-six songs I wrote weren't awful, but they were a labor, and not of love. I think our band actually recorded one of them. The only reason I did FAWM was that I had no new ideas and I was hoping the nudge would spark my creativity. It didn't. That's when I quit.

I didn't quit because I was a failure, because I wasn't. I simply lost interest. I think some pursuits have a shelf life. Songwriting is not like collecting stamps, or baseball cards, where there's always a new quest to pursue. A songwriter's quest is only what her mind can conjure, and honestly, I'd already said all I had to say.

I've had a few creative pursuits in my life. Photography was a huge one for me for about ten years. I still like it, but I don't walk around looking for subjects to frame. I was a crafter even longer than that. I tried getting back into it a couple of years ago, but again the desire simply wasn't there. Think it's not creative to raise and nurture houseplants? Well, it is, lemme tell ya. I did that for a time and I accumulated quite the collection; maybe fifteen or so. But after a time the thrill of keeping them all alive dissipated.

So, after I finally abandoned songwriting, I returned to my tried and true ~ writing prose. I wrote a memoir and briefly published it before I realized that I was intruding on others' private lives, so I took it down. But that project led to (so far) three novels and three novellas.

I now view songwriting as a fork in the road, one that led to mystical, exhilarating sights, yes, but ultimately bumped up against a dead end. I still don't regret the detour, though. Every single thing one does teaches them something.

I think I might hang on to this fiction pursuit for a while. But if I run out of ideas, I'll find something else.