Reviewing The Top 10 Country Singles From This Week In 1973 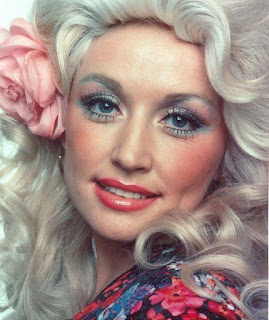 I enjoy reviewing country music's changes across the decades, and frankly my resource only lists a finite selection of October country music charts. Plus, 1973 was a seminal year for me. That was the year I graduated from high school, which makes me approximately 132 years old.

What was I doing in '73? Well, by October I was ensconced in my first "real" job (defined as a job that didn't involve my parents as employers). My years-long best friend and I had drifted apart, since I had a serious boyfriend and she had a bar band. At my job, though, I made a new friend who shared her name with my now-distant compadre. Thenceforth, I only made friends with girls named Alice (not really).

I was still living at home, mooching off my parents. I suggested to my mom that month that I would move in with New Alice, but Mom threw a fit and decreed that I most certainly would not be moving out. I didn't argue, because nobody argued with Mom. I guess I saved money by living at home, though I never seemed to have any money because I got paid a pittance.

I was a Clerk Typist II (the "II" being absurdly important because it conferred a lofty status that a measly "I" could only hope to attain). I worked the front desk of the Division Of Vital Statistics for the State Health Department, on the seventeenth floor (the top floor of the Capital Building if one didn't count the mechanical room on Floor Eighteen) and waited on the occasional visitor who needed a certified copy of a birth or death certificate. I'd dutifully type up the document, then toddle over to my scary director, Elna Kavonius, to scribble her signature and clamp her official stamp atop it. The remainder of my day was spent filing documents ~ climbing up on a rolling step stool and yanking heavy folders out of their slumbering cocoons. It wasn't the worst job in the world; it was undemanding. It sure beat cleaning motel rooms. And anyway, I wasn't demanding much.

Friday and Saturday nights were date nights, but the rest of the week wasn't all that different from when I was a school girl. My parents never made me pay rent because they didn't need the money, and I barely ate anything, so I wasn't a drain on my mom's grocery tab. I essentially had my own "apartment" at home, having claimed Motel Room #1 years before, when I became too damn old to share the second bedroom with my little brother and sister (for God's sake). My older brother cut a hole in the wall leading from our industrial garage and installed a door leading to my new room, but I found a chain lock among the junk littering the garage and screwed it in myself to keep out unwanted visitors (which included my entire family.) Eventually Mom moved my little sister into my room, so we squeezed another bed inside, but my sister was a gadfly and seldom home anyway, and surprisingly my new roommate became welcome company. I still had a mostly private bathroom and a little black and white TV beside my bed and a long cubby to house my polyester dresses. Thinking back, it was probably the richest I'd ever been and I failed to appreciate it.

I still bought the occasional '45, but I'd mostly graduated to LP's. Most every track that appeared on the charts was contained within an album I'd already bought. Scanning the Top 40 chart from October 20 of that year, I don't recall purchasing any of them as singles. To be frank, there were few worth laying down ninety-nine cents for.

Regardless, I am primed to review the Top Ten. As usual, my rules are thus:

Immediately I'm reminded of Mickey Gilley, sans piano. This track is but one of the treacly country-pop singles emanating from Nashville around this time. It's not horrible; just not memorable. Wallace had a single that went to Number One last year (1972) ~ If You Leave Me Tonight I'll Cry ~ that my parents loved, and I will admit it outshines this one, but neither are exactly to my taste. Perusing Jerry Wallace's discography, it seems that he makes a good living recording songs that sound like 50's pop hits (a la Perry Como), but aren't actual remakes, but rather "sound-alikes", with only enough country touches to endear him to the charts. I don't want to be cruel, yet I really don't consider this country, so...
C

If this track is even remembered, it will be as an homage to early seventies cookie-cutter country pop. I get it; an artist needs to stay relevant, but Brenda Lee is so much better than this. Utterly forgettable.

One thing I've always admired about Barbara Mandrell is her hair. And her petite frame. Oh, and her voice. I don't know where her career will take her, but I like the hard country tilt of her singles. Maybe she's not the preeminent country singer of her era, but her producer certainly knows what works. And there is maybe only one other female singer filling the vacuum in 1973. I like this; I like her.

For someone three years younger than me, I hate her....for being so damn good. I hated her when I first heard Delta Dawn on the radio and found out she was only thirteen. Well...just wait until she's sixty-four...then we'll see.

Back to the song, however. This is so unlike the other songs in the Top Ten that I'd rate it as stellar, just for that fact alone. But this track is about the stars aligning ~ writer Curly Putman (Green, Green Grass Of Home, He Stopped Loving Her Today), producer Billy Sherrill, and naturally that Texas Tanya twang. Tanya is hard-core country, and just my cup of...beer.

As a natural talent, Jeannie Seely is vastly underrated. She has just the right amount of cry in her voice to fit right into the sweet spot of country. I don't know if her producer just isn't a good song-picker (although Owen Bradley is no slouch) or exactly what derailed this promising career, but as a songwriter and singer, I think she's top-notch.

That said, clearly this is Red River Valley, but I guess if you find a melody that works, why deviate? I hate to be a purist, but this track gets knocked down a notch simply for its unoriginality.

I know a person who's really taken with this track...freakishly taken with it...but musical taste is personal. I'm more interested in seeing the writer of Act Naturally in the flesh. As a simple country song, one can't argue with this, and I do appreciate Russell's nod to the working man. It's difficult to rate "meh" songs. I can't picture myself ever deliberately listening to it, but still it's fine for what it is.

This singer's on my list of "new guys to watch in '73". Heaven knows, country has been in a drought. I am a booster of Rodriguez, ever since he released Pass Me By earlier this year. Shoot, I rushed out and bought his debut album. This one was written by Johnny himself, unlike his debut single, penned by his mentor, Tom T. Hall. This guy has something special. If he doesn't squander it, he can have a career in country for years to come. Nice, excellent track.

#3 ~ You've Never Been This Far Before ~ Conway Twitty

Well, what the hell is this? Buh-buh buh? Is it just me, or is Conway Twitty just...icky? I feel myself shivering (and not in a good way) as I write this. I wish I knew what this guy's deal is. He needs some beta blockers or something else created in a future lab to decrease his libido. At the very least, he needs to stop foisting it on innocent radio listeners. As a recording, this doesn't have a terrible melody. Twitty probably could've come up with better subject matter if he wasn't such a horn dog. And let's face it, he's no Chad Everett.

Simply for the shudder alone...

My initial thought is, what's with the hand claps? Were they just thrown in as an afterthought? I have not been a fan of Fairchild since that horrendous hit from 1972, "The Teddy Bear Song". Please, artists, have mercy on fans who aren't a hundred and seven years old. My mom probably liked How Much Is That Doggie In The Window, but we're more sophisticated in the seventies. I believe that if Fairchild embraced her country roots, she could have a substantial career. She's a fine singer, just out of her realm.

As a life-long Ray Price super-fan, I can't tell you how much I hate this track. Oh, the singing is fine. But if this is country, so is Tony Bennett. Guys who abandon their roots lose a modicum of respect with me. Truth be told, I kind of gave up on Ray Price around 1965, when his Texas drawl disappeared and he embraced the singing book, Bel Canto. I can only hope that a few years into the future, Ray will reclaim his first love; maybe move back to Texas and remember the guy he used to be. As for this Tonight Show affect, consider me gone.

As an eighteen-year-old, if I was to guess based on this chart alone, I would put my money on Tanya Tucker and Johnny Rodriguez withstanding the vagaries of the recording world. Perhaps Barbara Mandrell. But life is funny. Who knows what events, twists in the road, might intrude. Patsy Cline was inducted into the Hall Of Fame this year. Could Tanya Tucker someday be likewise honored? Stay tuned.

Conway? Maybe if there's an Oily Pervert Hall Of Fame.