Were The Seventies Really Cheesy...Or Were We? 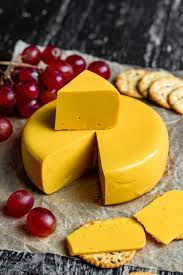 To anyone who wasn't around in the nineteen seventies, the pop hits of the day most likely sound cringeworthy. It's like my dad trying to describe the majesty of a tube radio to me. "Oh, for God's sake, Dad, get with the times!" How naive!

In hindsight, however, the old days were actually kind of good. I give my dad props for The Big Band era -- I love listening to the Glenn Miller Orchestra -- not every day, mind you, but I'm humble enough to admit those recordings were sublime.

Of course, the seventies were an entirely different vibe. I don't know what happened to music then; maybe it was a backlash against the seminal sixties decade of timeless songs. Maybe the seventies had no choice but to go a different way, to distinguish themselves.

When I think back to that time, I see myself as a young woman navigating the unknown. I, frankly, knew next to nothing about life, and every day was a brand new experience. I, a newly married woman in 1974, was pitifully poor, but I didn't know it. We lived in a mortgaged mobile home, the first ever home I could call my own. I shopped for decorating essentials at Woolworth's and at a bargain warehouse called Tempo. If I was ever forced to put a purchase on a credit card, my balance never exceeded a hundred dollars. But mostly I just paid in cash -- yes, actual paper money -- though sometimes I would fill out a check and hand it over to the cashier, who demanded two forms of ID.

As for musical sustenance, my main source of music was AM radio. I had a portable radio at my bedside, I had one in the kitchen, and most importantly, I had AM in the car. I don't think my '74 Chevy Vega even had a FM option. Besides, AM was where it was happenin'. My mom and dad had upgraded their musical experience, so they bequeathed their console stereo/radio/eight-track player to me, and that plank of pine dominated my living room. I rarely invested in albums unless they were K-Tel compilations advertised on TV. Of course, I still had my old collection of LP's and singles, but the few new albums I remember purchasing at the time were The Eagles Greatest Hits and Emmylou Harris's Elite Hotel.

But those albums were for days off or weekends. During the week, it was all AM radio, all the time. And yes, there were plenty of cheesy songs. Some were so awful they inspired ridicule; like Havin' My Baby or You Light Up My Life or Muskrat Love. But there was also Elton John's Goodbye Yellow Brick Road and Dave Loggins' Please Come To Boston. And everything ABBA.

And there were lots and lots of one-hit wonders. The seventies ruled the one-hit realm. It was a time of feeling one's way as an artist. Maybe something would hit; maybe it wouldn't; and if it didn't, you'd go back to your day job at the Tastee Freez. I'm willing to bet that the original members of Paper Lace are swirling up soft-serve cones right now. And Blue Swede's players are traversing the Norwegian fjords in their kayaks. Andy Kim could be a successful Hollywood hairdresser, for all I know.

Seventies radio was a pure arbiter of what was good, what was putrid, and what was so cheesy it attached itself to your brain.

Many of these singles weren't necessarily bad, taken in context. Right now today I can open up Spotify and spin practically any song that strikes my mood. But in the pre-digital days of the seventies, if you weren't flush with disposable income, your radio and your TV were your sources of musical entertainment. The decade was big on variety shows -- Donny and Marie, The Sonny and Cher Comedy Hour, Tony Orlando and Dawn, even Dean Martin and Jim Nabors (seventies network television pretty much reeked). And all the shows needed musical guests. So, whoever had the hottest Top 40 single at the time showed up over and over. That's how we learned what these artist looked like. The Captain and Tenille were so pervasive, even they eventually were awarded with a show of their own.

And with the networks' delicate sensibilities, only "safe" artists were allowed to appear. Thus, we saw The Carpenters, balladeers like Jim Croce and the benign songstress Roberta Flack. Old-even-then Paul Anka. If we wanted to catch anyone people our age actually liked, well, we had The Midnight Special. That's where Elton popped up, along with Gordon Lightfoot (although no one could actually call him "dangerous"), Grand Funk Railroad, The Guess Who.

That was it. Except for the radio.

There isn't an artist anywhere who hasn't been influenced by those surrounding him. In the sixties Brian Wilson was in a de facto competition with The Beatles. Even Bob Dylan's early songs were influenced by Woody Guthrie. Who were seventies artists surrounded by? Other seventies acts. So we had a few categories of hits:

Those With Excellent Musical Taste

The 1970's offered something for everyone. It was probably the most schizophrenic decade in popular music.
Maybe that's why I rather like it.