What are "essential" country albums?

"Essential" means different things to different people. If one is a music critic, the list will include the usual suspects ("Red Headed Stranger", "Will The Circle Be Unbroken", anything by Gram Parsons or Johnny Cash; you get my drift).

If one discovered "country music" in the 21st century, the list would be, well, sad. To generalize. Which I'm famous for doing.

In Part One, I kind of sifted through my music collection and made my choices by "feel". Which isn't actually a bad way to go, because what do we do, if not "feel" music?

And, in Part Deux, I'm going to continue along that path. I could intellectualize the whole thing, but what fun is that? Kind of takes the soul right out of the music, doesn't it, music critics?

In the late hour and in my zeal to create List Number One, I realize now that I made a really big gaffe.

And the big gaffe was this: 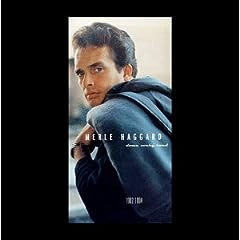 Down Every Road - Merle Haggard

One could try to isolate the best of the best of Merle Haggard (another actual CD title) by choosing only one of Merle's albums, but why do that, when you can have basically his entire career, all in one inexpensively priced box set?

If a listener is starting out "new" to country music, this is THE place to start. In fact, it kind of starts and ends with this guy.

We can start with the early days and "Sing Me A Song" or "(I'm a Lonesome) Fugitive" or the classic, "Sing Me Back Home".

We can move on to the middle years, with one of the all-time greatest country songs ever, "(Today) I Started Loving You Again", or "Mama Tried" or "Silver Wings" or "Workin' Man Blues" or "If We Make It Through December" or "Always Wanting You" or "Runnin' Kind", or one of my other personal favorites, "Everybody's Had The Blues".

We can move on to the third portion of the trifecta, with "Footlights" or "Misery and Gin" or "Big City", or the Townes Van Zandt song, "Pancho and Lefty".

You see? It's kinda hard to choose.

So, yes, I'm an idiot for leaving this off Part One. I guess, if you don't buy any of my other recommendations, buy this one, and I'll be thrilled for you.

The original Nashville Rebel, Waylon, from all I read, could be a bit of a hell-raiser and an overall less-than-nice dude. Doesn't matter. In 1967, Waylon hooked me with Love of the Common People (not included in this two-disc set).

What is included in this set are songs such as, "The Chokin' Kind", "Only Daddy That'll Walk The Line", the beautiful "Yours Love", the equally beautiful "Dreaming My Dreams (With You)", "Brown Eyed Handsome Man", "Rainy Day Woman", and "Good Hearted Woman" (and that's just disc one).

Disc two has the ever-overplayed "Luckenbach, Texas", "Wurlitzer Prize", "Mamas, Don't Let Your Babies...."......well, you know the rest; the lovely "Amanda", Waylon and Jessi's duet version of "Storms Never Last", and, the never to be forgotten, "Theme From The Dukes of Hazzard" (and if I've said it once, I've said it a thousand times: They keep a'showin' my hands, but not my face on TV.)

Seriously, Waylon ranks right up there in the pantheon. Which is kind of a cool word that one doesn't get to use much in everyday conversation. Yes, the pantheon of country music legends. 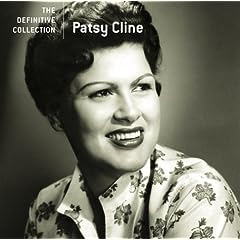 One can't really call Patsy Cline a "girl", though. It would be more accurate to call her a "dame".

And, well, wow! Since 1963, when Patsy perished in a tragic plane crash, girl singers have been trying to become "dames" like her, and unfortunately, (in my opinion, of course) only one came even slightly close. But they keep trying!

Beginning with the haunting, "Walkin' After Midnight", and continuing on to the soulful "Leavin' On Your Mind" and "I Fall To Pieces", to the unquestionably top twenty (or is it ten?) of all-time best country songs, written by Willie Nelson, "Crazy", this album will introduce novices to the only queen that country music really ever had.

Don't forget Patsy's version of Bob Wills' "Faded Love" (with that cry at the end) or Don Gibson's "Sweet Dreams".

It's sad that we lost Patsy so prematurely. If she were still alive today, she'd be recording "alternative country" albums, which we would have to find in the bargain bins of our independent records stores; and she wouldn't get any press, of course. But at least those who know would still have that voice. 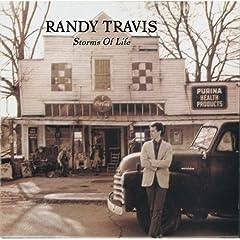 $4.97? Really? For Randy Travis's seminal album? Who could afford NOT to buy it?

Released in 1986, this album was a revelation to those who cherished, but dearly missed, real country music.

Here was a guy who obviously loved country, and who had the pipes to pull it off. Not to mention some classic songs.

"On The Other Hand"? Classic. 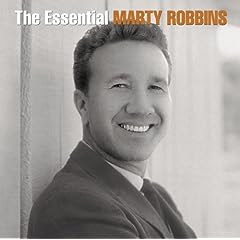 Some people love him; some people don't get him. I am in the camp of "love him". If you want to read my take on Marty Robbins, click here.

I'll admit; I'm puzzled by those who don't get him, because it seems obvious to me. But tastes are tastes.

Maybe it's because he had such an expansive vocal range. Maybe people are used to the monotoned folks of today. I guess it's all conditioning, isn't it?

But if you think that Marty is irrelevant, check this out:

So, if a now, happenin' guy like Keith Urban can get on board with Marty Robbins' music, maybe you should, too.

Missing from Keith's performance is the classic, groundbreaking, Don't Worry. Groundbreaking? Yea. Marty inadvertently gave birth to the fuzz guitar LONG before the Beatles ever did it.

You be the judge: 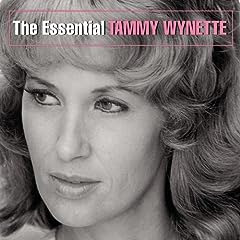 There are a lot of pretenders to Patsy Cline's throne. No one comes very close. Tammy Wynette comes the closest.

Donald Eugene Lytle (aka Johnny Paycheck) wrote Tammy's first hit song, "Apartment #9" (and I love that hatchmark for "number", don't you? Gives it sort of a cache all its own).

Tammy, of course, only went on to bigger and more hit-worthy songs from there. We won't really spend any time on "Stand By Your Man". It is what it is. It was good the first 200 times. After that, I was pretty much over it.

But don't forget "Your Good Girl's Gonna Go Bad" or "My Elusive Dreams" (with David Houston) or "I Don't Wanna Play House", or another of my top twenty of all time, "'Til I Can Make It On My Own".

Like Patsy, we lost Tammy too soon. Someone may come along one day like Patsy or Tammy. It could happen. I'm just not holding my breath. 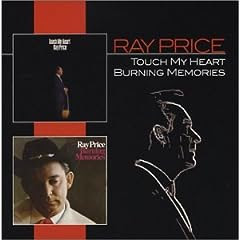 Chet Atkins (God rest his soul) takes a lot of heat, to this day, for the Countrypolitan sound that he made famous.

At the age of 83, Ray is still touring, and still sounds good! What the heck more can you ask of someone who's 83?

My mom really loved Ray Price; and I think my parents owned maybe two LP's in the early years. One was by Buck Owens. The other was "Burning Memories". Thus, I pretty much have this album memorized, track order and all. But aside from sentimental reasons, you should listen to this album, if for no other reason, than to hear "Here Comes My Baby Back Again", a song written by Dottie West, and done superbly here by Ray Price.

After my dad passed away, I sat in my room and listened to Ray sing "Soft Rain" over and over. "Soft rain was falling when you said goodbye". Actually, rather than being sad, this is a happy memory for me. I think my dad was there listening with me.

Put this CD on your player and sit back and reflect. Really, there are no clunkers here. Every track is a gem. 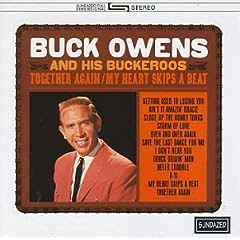 Okay, if I'm going to talk about "Burning Memories", I have to also talk about this album.

Where do you think Dwight Yoakam got his mojo? Well, it started here, with this album from 1964.

"Close Up The Honky Tonks" - sorry, but two-steppin' heart-breakin' country music just doesn't get any better than this.

And, of course, there's "Together Again", featuring the timeless steel guitar virtuosity of Tom Brumley.

A couple of relatively unknown tracks that I highly recommend on this album are "Over and Over" and "Getting Used To Losing You".

If you like your country real and raw, check out this album.

I don't know about you, but I like my country with a shuffle beat and a couple of twin fiddles. Call me crazy.

Faron Young initially made his splash recording for Capitol Records. His early recording years produced songs such as, Alone With You and If You Ain't Lovin' (You Ain't Livin'), later covered by George Strait.

And, of course, there was Hello Walls.

But it was in his Mercury Records years that Faron, to me, really hit his stride.

Classic tracks, such as "Wine Me Up" and "Step Aside" co-mingled with Kris Kristofferson's "Your Time's Comin'". My sentimental favorite here is a song written by Tom T. Hall, called, "If I Ever Fall In Love (With A Honky Tonk Girl)".

And let's not forget, "It's Four In The Morning".

If you've forgotten, or don't even know Faron Young, you're forgetting the history of country music. Faron was relevant in the fifties, and he became even more relevant in the seventies. Faron was a contemporary (and friend) of Hank Williams, and he was a friend to songwriters throughout his many decades of recording. 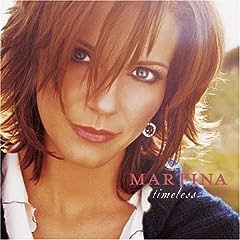 Surprise! An artist NOT from the fifties, sixties, seventies, or even the eighties!

Why did I include this?

Well, because it's TIMELESS.

Martina normally may be kind of boxed into recording songs that will get radio play, but obviously, her heart is with TRUE country music.

Seems to me that this is a real labor of love, because Martina includes many songs here that made my personal list of the twenty all-time best country songs. So, I guess she has good taste! Songs like, "Love's Gonna Live Here" and "'Til I Can Make It On My Own". And she even dusted off that seventies Lynn Anderson chestnut, "Rose Garden", and it actually sounds kinda cool!

My favorites on this album, however, are lesser-known (or more accurately, forgotten) hits, such as "Pick Me Up On Your Way Down" and "I Don't Hurt Anymore".

And she does a killer version of Buddy Holly's "True Love Ways".

If you think you might, sorta, like older country music, but you like it jazzed up a bit with a more modern sound, buy this! You'll get a crash course in country music history, and you will love it!

So, there you go. My list of essential CLASSIC country albums.

I think it's important to not forget. Most of these guys (and gals) are the reason there even IS something called country music (although it would be a stretch to even remotely connect the two now).

But at least we have it on record.