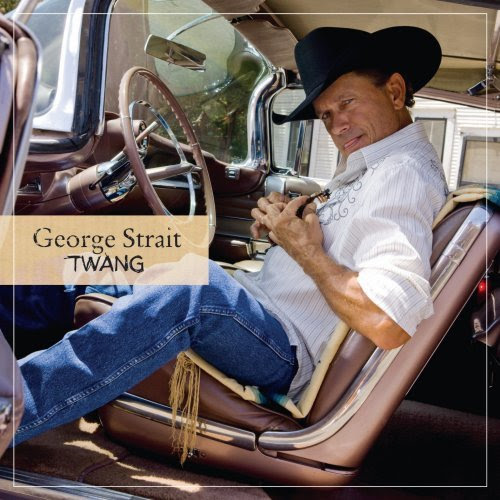 I'm not much of a record buyer anymore. I used to be.

All the mainstream magazines review George Strait's albums, while virtually ignoring every other country release. And they all give him good reviews, every time.

How I miss the days of the defunct Country Music magazine, and writers like Rich Kienzle. Rich would have told it like it is.

I recall the days when I'd buy a George Strait album, and find six or seven songs that I really liked. Nowadays, if I find two, I consider myself lucky. Three is a bonus.

Don't get me wrong. The songs he's recorded in the last few years are nice enough, and also forgettable enough. I was parked and waiting to pick up my kids from school in 1994, when a new song called, "The Big One" came on the car radio. I said to myself, "Whoa! I can't wait for THAT CD to come out!"

Those are the times I miss.

My favorite George Strait albums (I'm sure you have your own list) are Easy Come, Easy Go, Beyond the Blue Neon, and Pure Country. Those were a long time ago!

Don't get me wrong - he's had a bunch of nice tracks over the years. Tracks. Not albums.

On every George Strait CD, I can pick out (usually) at least one song that I really like. But one song does not a great albums make (or however that goes).

I think it's great that George wrote some songs for this album with his son, "Bubba". Sure George, you're one of the few country singers that employs outside songwriters anymore, but go ahead; hog those royalties! (just kidding?) George and "Bubba's" songs are okay; nothing to write home about.

The three (count 'em; three) tracks on Twang that I like are I Gotta Get To You (written by the ever reliable Jim Lauderdale; Beautiful Day for Goodbye, and El Rey (sung in Spanish!). That last one is a nice, unexpected bonus, and I like it.

That's it for me. Nothing wrong, per se, with the rest of the tracks; it's just that I've already forgotten them.

Here's George doing the required promotion for Twang, and ironically, the only song of my three that he mentions is El Rey. Trust me, the missing two are probably the best on the album.