Baby Boomers Are So Self-Absorbed 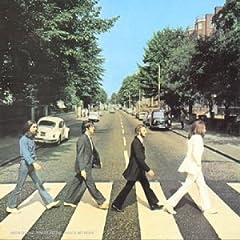 Don't baby boomers get on your nerves? They're so obsessed with stuff that nobody cares about. I mean, like Beatles remasters. They're all flocked around the Beatles display at Target, trying to decide whether to buy Help or Rubber Soul or Revolver. Stuff that was recorded in the dark ages. There they are, all hunched over, leaning on their canes. It's pathetic, really.

And don't even get them started on a discussion of music. Because it will bore you to tears. All they do is hark back to the time when the Beatles first appeared on some TV show called, "Ed Sullivan". Like, you know, they were the first super group ever. Like they changed the face of music or something.

It's kind of like sitting at your great-grandpa's knee, and hearing him talking about the old Model T's. And how they just don't make cars like that anymore. You pat him on the shoulder and say, "I hear ya, Grandpa", and later, you take off in your Jeep Cherokee and chuckle about how Great Grandpa is mired in the past.

Cuz you know, from what I hear, the Beatles actually recorded their stuff on vinyl! What a weird, totally unworkable concept. The strangest part, to me, is that people would actually go to the "record store" and buy something called "45's". All you'd get is one good song on Side A, and some crap "filler" on Side B. What the hell? Who came up with THIS brilliant idea? I mean, you could get, for instance, "Revolution" on Side A, and then you'd be stuck with some loser song like, "Penny Lane" on Side B. Or "Day Tripper" on Side A, and "We Can Work It Out" on Side B. Worthless.

And how good could the Beatles have been, really? I mean, if any of their songs lasted longer than three minutes, that was a stretch. You can't say much of anything in under three minutes.

And they did something called "albums". Me, I like my MP3 downloads. I get exactly what I want, when I want it. What's the big deal about albums? Is it like a conceptual thing? Is there some kind of vibe, or ebb and flow that I'm missing? Is there some coherence that I'm supposed to recognize?

Everywhere you go, you're bombarded with John Lennon this, Paul McCartney that. Get real. Like they were visionaries or something. Ooh, and George Harrison was such a great guitar player. He played the sitar! For my money, give me a good rap artist, talking over some riff that somebody else created, and I'm happy as a clam.

I just don't get it. I'm a big music fan. I consider myself to be well-informed about the music biz. I like what's hip; what's now. I don't need to be bothered with discussions about something that happened sometime before electric lights were invented.

Email ThisBlogThis!Share to TwitterShare to FacebookShare to Pinterest
Labels: life, musings, the beatles