When You Write A Song For Someone... 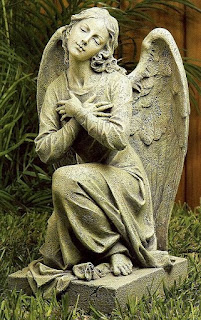 I once wrote a song about my dad, but I was either too much of a novice at the time, or I simply couldn't capture what needed to be said.

My dad passed away in 2001. He was a lot of things to me, but if I boil all those things down, what I come up with is, he was a hero. And not necessarily a hero in the John Wayne mode, but more in the way he faced life. He was, after all, like all of us. We all have our challenges and our weaknesses and our downfalls. His was called alcoholism.

I lived through the years of turmoil that his disease wreaked upon all our lives. It was a bitch, but you know, I am what I am today because of the stuff that I went through when I was growing up. I learned a whole lot of stuff that I didn't even know I'd learned, like empathy. And acceptance, and forgiveness.

The thing that my dad did that made him a hero to me, though, was that he never gave up. He went through substance abuse treatment three times, until it finally "took". I think he was just stubborn enough that he wasn't going to let it beat him. He was going to reclaim his life. And that he did, in 1976.

I was pregnant with my first son at the time (although no one knew it yet), and I attended the dreaded "family week" that was part of my dad's treatment. When the day was done, I went home and laid on the couch with a throbbing headache and wondered if I could even face the whole thing again tomorrow.

But, selfishly, I only considered what I was going through, and it never even occurred to me what he was facing. Six long weeks of having his life laid bare in front of a bunch of strangers, and admitting a whole lot of things that he didn't even want to admit to himself.

I don't know what got him through it, but all I know is, he came out of Heartview after six weeks as the man I knew when I was just a little kid. He actually started caring about other people, just the way he used to, when I'd follow him around on the farm and make a pest of myself, and he'd delight in the little person that I was; his daughter.

So, I finally figured out what I wanted to say about my dad, in song. I tortured myself over the lyrics and melody of the thing. Harder than I ever worked on any other. Because I had to get it right, you see.

If my dad could hear this song, I think he would cry. And I do think he's heard it, you know? I hope that he thinks that I captured it just right. I don't know, but I feel like I did.

“Six weeks you’ll be here”
My head hurts like hell
“Admit you’re powerless”
Well, how can she tell

I needed to get outside
I needed to clear my head
A guy offered a smoke and asked
Surprised that you’re not dead?

And through my tears
I heard the angels sing

And here is the video I made: