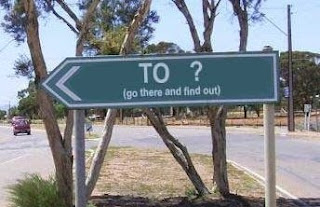 The end of the year lends itself to reflection. I'm a big "reflector". I like it, when I can clear my mind enough of the mundane junk that I deal with every day, and actually take the time to do it.

Since this is, in essence, a music blog, I started to think today about what I have done in 2010, music-wise, and what I would write about that.

I kept coming back to the word, "tried". I tried to do a lot of stuff. Well, not a lot, but a few things that were important to me.

I learned that, if one keeps trying long enough, eventually she will become better at something, inevitably, except for math (on a personal note).

I tried FAWM seriously in 2010. I'd done it before, but I never really committed. I wasn't fooling anybody, least of all, me.

In 2010, I became disgusted enough with my lack of follow-through, to force myself to, just once, do it and complete it. And I did. The FAWM challenge is to write 14 songs in 28 days (in February), and I wrote 16, dang it!

I was reading some prior blog posts I'd made about my FAWM success, and boy, I was really full of it. I said something about most of the songs being keepers. Well, that's not true!

I'd say two of them are keepers. The rest are exercises in mawkishness. Yet, not futile mawkish exercises. Because I learned. Yes, I learned how to be a better songwriter, by doing. They're not all going to be winners; rather, I'm lucky if 2 out of 16 are ~ really lucky, in fact. But the work helped me. And the "trying" made me feel good about myself.

I also tried to write songs after February. I tried, in fact, working and reworking, and re-reworking a great song idea that I've had in my pocket for about a year. I learned that some things are better left to die. So, I scavenged the best lines out of it for a different song. I can be mercenary when pushed too far.

Most fun for me, music-wise this year, was that I tried making music videos (okay, "slideshows", if we're being technical). Even if they are slideshows, they still require a lot of effort and a degree of imagination, if one is to do them creatively.

I used to do an updated video each December for one of our songs, called "Ring In The Old". That was the only video I would do each year. I recently looked back at some of these prior "efforts", and they were appalling. I've gotten better. WAY better.

This year I created nine music videos, and I like most of them (I would, however, like to know why YouTube keeps suggesting that I tag every one of my videos with the word "kayak". None of these songs say one word about kayaks, and why in the world would they? I think YouTube has some kind of "bug" or has been hacked by a loose organization of kayak-lovers).

All kayaks aside, I really, really like doing this! I find that I'm a visual person, apparently, and sadly, for a so-called songwriter. Or else, it's just more making up of stories, which is sort of what songwriting is anyway. I think I'll keep doing it until I run out of songs.

I wrote two songs that I really like (see FAWM). One of them is in the process of being recorded, but it won't be done in 2010. It still counts, though. I consider it a bit of weather-related inspiration, mixed with a healthy dose of imagination. Even my husband, the producer, likes the song.

I'm going to spring the other song on him the next time it's my turn to have a song recorded (there are three of us in the band, each with his or her own songs).

delightful blog. It's so good to braze the new year with much positivity.

Thank you so much, Gloryrose. I appreciate your comment.

I like it! It's great that you are able to look back on the old year and know that you learned things. Good for you!

Julie, you are always so supportive; I appreciate it!