So, You Got Songs ~ Then What? 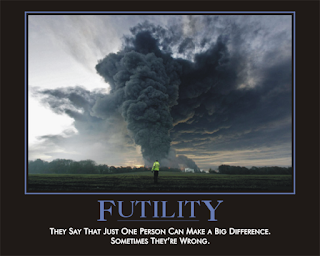 I guess anyone can write a song, if they try. At least I sort of believe that.

Which means, there are at least 300 million songs floating around out there (and that's only figuring one per person).

I don't count lyrics. Lyrics are not songs. Lyrics are rhyming poems. Sorry, lyricists, but it's true. I could dash off as many lyrics as there are hours in the day, but what the heck would I do with them? Unless you can strum them on a guitar, or plink them out on a keyboard, they're not songs.

So, let's say you've got a body of work. Then what?

Well, you can plunk them on SoundClick or ReverbNation, for all the good that'll do ya.

The only people who peruse those sites are other songwriters/musicians; and they just want to get their own stuff noticed. Fat chance.

If you're not looking for a cut (which is akin to winning the Powerball), and say, you want to advance your own skinny self as an artist, where do you go?

Alas, that is the question, isn't it?

The winning answer is, there is nowhere to go.

Yes, by all means, try the music libraries. We've been signed up with music libraries for about three years, and you know what that's gotten us? About $20.00. And the sad part is, we can't even collect the twenty, because there's some arbitrary benchmark that one has to reach before the $20.00 is doled out, and we, apparently, haven't reached that yet. And probably never will. But it was a nice ego boost at the time.

As a band, I think we're stuck at the crossroads of Delusion Street and You Gotta Be Kidding Me Boulevard.

But, you know, that's okay, really.

What songwriting is, and what music production is, is a diversion; a way to fill the hours. I could sit and watch the latest episode of "Modern Family" (and don't think I don't), and reap as many rewards (if not more) than I would if I continued to shop our songs around.

I'm a realist. I don't have my head in the clouds. Is that a good thing or a bad thing? I'm thinking bad, because it really dashes one's hopes. But on the other hand, it's a good thing, because I'm not being taken for a sucker.

If this was 1968, I could theoretically be hailed as an up and coming songwriter. I might even get a chance to shake hands with Kris Kristofferson.

But it's 2011. Everybody's way more jaded now. What passed for talent, then, now is considered lame, or hopelessly outdated and naive.

Oh, and don't forget to record it REALLY LOUDLY.

Ahh, music. I think I'll just do some guitar/vocals of my songs, and be done with it.

Cuz after all, who do you need to please but youself? Isn't that the bottom line?

And if that twenty dollars really means that much to you, stick a twenty in an envelope and put it someplace that you won't notice for a few months. Then, one day, when you're doing some organizing, you'll find that twenty, and say, "Hey! Twenty dollars! Cool!"
at January 26, 2011