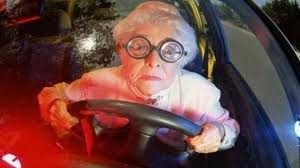 A cardinal rule of songwriting is that one must be disciplined.

You will find none of that here.

I was putting laundry away, when the phrase "Hell on Wheels" popped into my brain out of nowhere.

So, I sat down and started noodling around on the guitar, and came up with a few lines. Then I just got silly. I chalk it up to lack of sleep. I, after all, worked long and hard last night to write what turns out to be, in the cruel light of day, a really mediocre song.

Well, that's how it goes, doesn't it? You toss a handful of spaghetti against the wall, and see what sticks.

SOURCE: When cooking spaghetti, if you toss a noddle at the wall and it's not fully cooked yet, it will fall off.

My song #2 was not quite fully cooked.

(And I just realize that I wrote, "noodling" around on the guitar. What a lame-ass I am.)

So, herewith, the lack of discipline part. I was being silly, and just kept coming up with scenarios that made me laugh, and then I had to put them into some kind of rhyming form.

And then the song kept getting longer and longer. It could have become a tome, if I hadn't stopped it at some point. (So, I guess there was a tiny amount of discipline involved, at least in the stopping).

Sadly, and ironically, when I was trying to record the song, I had to shrink the view a bit, in order to fit the lyrics on one page, and then I had to back away from the mic, so my guitar wouldn't be too loud, and then I realized that I couldn't read the lyrics from that far away.

So, I fully understand and appreciate the challenges of getting older. But, I guess, that's what this whole concept thing is all about.

To make a long story short (too late!), here is Hell On Wheels:

Pickin’ up prescriptions
I just have conniptions
It takes so long

They’d look at my license
Say, you’re seventy-five
You’re in a hurry

They say I’m hell on wheels
But they’ll know how it feels
One day
Trust me
Yes, they will

The post is so enlightening on the valuable tremendous collection. Read Superbs People will get information and entertainment through your web.Hope you will keep posting Nice writing.