Which Artist Do You Wish You'd Seen Live Before It Was Too Late? 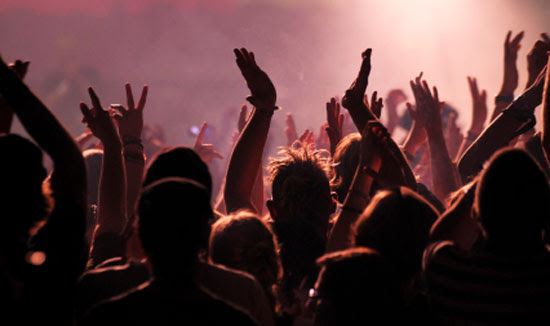 Entertainment Weekly posed this question after the passing of George Jones:  Which artist do you wish you'd seen live before it was too late?

I can giddily say that I"m not very deficient in the concert category.  I've seen a whole bunch.  I've seen so many that I've forgotten some of them.

I, too, though, have a list of artists I wish I'd seen.

When John Lennon was killed, I realized my chance would never come.  Up until 1980, I'd held out hope that the four lads would reunite; maybe for a final goodbye tour.  I've read that their brief foray into live performing was unsatisfying for both the band and the fans.  Too much screaming; too little actual sound.  A goodbye tour, though, could have been different.  More efficiently managed.  I think I would have mortgaged my house to buy Beatles tickets.  Some bastard put a swift stop to all that, though, didn't he?

Granted, I don't smoke anything besides nicotine cancer sticks; and one probably needs to be smoking something else to fully appreciate a live concert performance by Jim Morrison and the Doors; but wouldn't that have been something to talk about?  They all say that Jim Morrison wasn't a good singer, but I don't get that.  I think he was as good a singer as anybody; and he most certainly had a stage presence that could not be denied.

Admittedly, I would have had only a short window of time to see Buddy Holly live, since he died in 1959.  And, had I seen him between ages one and four, I may not have had a lucid recollection.  I bet the teens, then, though, had a rockin' good time, jitterbugging in the aisle during his concerts.

I was what you'd call an early Waylon adapter.  Way back in 1967, I thought Waylon Jennings was an undiscovered fruit just waiting to be plucked.  Weirdly, it took until about 1975, when Waylon had let his hair grow out, and had visited Willie in Austin a couple or three times, for people to acquire some common sense and notice him.  I wasn't keen on the scraggly Waylon, but my son sure liked him showing his hands and not his face on TV, during the Friday night Dukes of Hazzard opening.

As a non-cool kid listening to country radio in the late nineteen sixties, I heard a few records by a guy named Charlie Rich.  I liked him.  He was soulful; a standout from the regular country fare.

Little did he, or anybody else, know that all it would take was a six-bar piano intro to turn him into a huge star.

Charlie Rich was a bit dangerous.  I remember him as a presenter on the CMA Awards, announcing John Denver as Entertainer of the Year; and pulling a cigarette lighter out of his pocket and setting fire to the envelope containing Denver's name.  We all felt a bit of catharsis when Charlie did that.  I wonder what the hell Charlie would make of somebody like Taylor Swift.  Don your hazard-mat suit, Taylor!

Just because Eddie Rabbitt died young is no reason to forget him.  In a short span of time, Eddie created songs that are earworms to this day.  Drivin' My Life Away; I Love a Rainy Night.  Those were the eighties hits.  Eddie Rabbitt, though, had other songs that nobody but country fans would know.  Better songs.   He was a New Jersey boy who must have aimed his radio antenna toward WSM in Nashville on late school nights; because he sure did get it right.

Nope, I never saw him.  But one has to put it all in perspective.  Sure, Johnny had a hit TV show starting in, what?  1969?  That's when the Man in Black persona took root.  Before that, though, Johnny Cash was just a guy who did three-chord songs, backed by a three-piece band; and mostly, all the songs sounded the same.  Johnny Cash was famous for who he was; not for what he sang.  More power to him.

I still wish I could say I'd seen him live, though.  I think (in the recesses of my memory) I actually had the chance to see him live once.  I don't know why Alice and I passed up the opportunity.  We weren't exactly picky about who we would see.  Maybe the fact that even I could strum Folsom Prison Blues on my acoustic guitar led me to an attitude of disdain.  I can't speak for Alice.

Granted, Hank Williams died in 1953; two years before I was born.

That doesn't make me wish any less that I'd seen him in concert, though.

The absolute biggest, best thing that ever happened to country music; when the farmhands were contenting themselves listening to Hank Snow and Red Foley; was Hank Williams.

Finally!  Somebody who could write a decent song; and who had the balls to perform it properly!

Yea, I would have liked to see him.  I believe he would have put on a hell of a show.

I was nine years old when Patsy Cline was killed in a plane crash, and I didn't even know who she was!  (Granted, I was a kid.)

I think it must be hard for girl singers.  Everybody wants something to aspire to.  Something they can do better than anybody else.  But when the bar was set about 60 years ago, that has to be disheartening.  "No matter how good I do, I'm never gonna be better than Patsy Cline."

Well, sometimes life sucks.  And sometimes we have a video record like this:

One would think that I could come up with an even ten; but I honestly can't.

Funny, I never wanted to see Elvis.  I guess it was a different generation.

There are performers still alive that I haven't seen; and wish I could.  Time's running out, though:

I think maybe I should look at the glass as half full.   I've been damn lucky; or I was in the right place at the right time.

I honestly need to appreciate those experiences more.