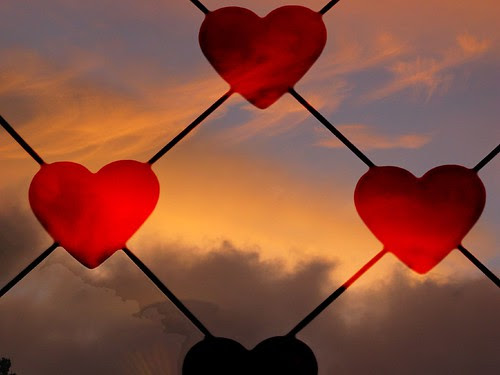 It occurred to me tonight that throughout my life, the majority of my music-listening has been solitary. It's not that I'm anti-social (though sometimes I am), but sharing music is a gamble. I like what I like, and I don't need somebody telling me, "That song sucks." Maybe it does, but maybe there's a reason I like it that you wouldn't understand. Maybe it takes me back to a special time in my life that you can't relate to, because you weren't there. I was never one to say, "Hey, listen to this," because if I loved a song and the other person didn't get it, my feelings would be hurt. Thus, my musical "sharing" happened organically.

I can say essentially that there were three periods in my life when I shared music.

Okay, technically, I didn't share music with my brother. He shared with me. Honestly, if it wasn't for my big brother, I think my musical life would have been paltry -- sort of like those old dudes driving big Cadillacs, puffing on big cigars, who slip a CD into the changer to show you how "hip" they are -- and the CD is by John Mayer.

Before I even knew what music was, my big brother pointed at the big radio in our kitchen and schooled me in good music and bad. I was little more than five years old.

The first song he taught me was "good" was by a group called the Tornados. I believe the year was 1962.

Technology, as people naively called it then, was the next big thing. I didn't know that Telstar was a satellite. I thought it was some kind of rocket ship. My big brother was a teenager, so phenomenons like John Glenn going 'round and 'round the earth was a revelation. I watched Glenn's blast-off (or whatever they called it) on a tiny black and white TV in my first-grade classroom and I didn't see what all the fuss was about. I guess one needed to be older and more mature, like my fifteen-year-old brother, to truly grasp the magnitude of the event.

My big brother introduced me to Bob Dylan, who he told me was really Robert Zimmerman, from Hibbing, Minnesota. I was confused why Robert Zimmerman wanted to change his name, but I was proud that he was from Minnesota, just like me. My brother chuckled over this song. I figured it was because it was so ragtime.

The thing my brother did that sent me flying toward the rest of my life was to clue me in to albums. I was a singles girl -- I rarely could gather enough spare change to purchase one measly '45 at Poplar's Music, and at that, my indecision was excruciating. It was a monumental choice; one that my whole life depended on. If I chose wrong, my existence would be ruined. My big brother, on the other hand, slipped albums 'neath his coat like he'd just popped a stick of Black Jack chewing gum between his gums.

My big brother showed me a brown and white LP called "The Beatles Second Album". I thought the Beatles were awesome and such good songwriters -- with songs like this:

Granted, it was 1964 and I had no knowledge of musical history. Thus, I naturally assumed the songs on the album were all originals.

Later, my brother would show me LP's like "Help!" and "Rubber Soul". By then I was gone -- besotted -- immersed.

If I have anyone to thank for my lot in life, and I surely do, it was MY BIG BROTHER.

The early sixties was a time that was innocent in its naivete. What did we know at age ten? We thought the whole wide world rained exquisite songs. And it did, then. Superb singles were as abundant as the lacy snowflakes we caught on our tongues.

We were so jaded then. "This song is great, but I can't wait for the next one." "Yea, the Beach Boys. They're so nineteen-sixty-three." My best friend, Cathy, and I, traversed the Louis Murray Bridge on sultry summer Saturdays to partake in the YWCA dances, which consisted of twenty-six gangly fifth-grade girls doing the Jerk to singles buzzed on a record player, like:

Alice and I dragged Main Street in 1973 in her mud-brown Chrysler.  Alice was the best friend I didn't deserve to have. If she were still living, I'd think about asking her what she ever saw in me. I brought nothing of import to the table. Perhaps I had a good sense of humor and she appreciated that. Other than that, I got nothin'.

In 1973, we were about to turn eighteen -- the magic number. Life was a soon-to-be-devoured feast we'd yet to conjure. We shared the music blaring out of the tinny AM car radio, the wide-open windows tossing our hair in the breeze. The nights were starry and still. Country fanatics that we were, it's strange that we had the radio tuned to KFYR, the local rock station. I think maybe rock was more apropos for the timbre of the times, more befitting the nights.

There are songs from then, from 1973, that remind me of those nights. Here are the ones I remember most because they were played the most:

And here is our anthem.

We sang along with it, over and over and over. We were in love with it. The stars, the blade-sharp black sky. The hot, yet cool, arm-tingling promise of the night. If I close my eyes I can see Alice now, gliding the car down the double-strip street, her blue eyes sparkling with a giggle, her blonde bangs fluttering in her eyes . We sang bad harmony -- she was the singer; I was the pretender. We sang at the top of our lungs; sang at the sleepy denizens whose misfortune it was to dwell in second-story apartments above Conlin's Furniture Store, in apartments in the top stories of the old Patterson Hotel.

We sang along with:

Music alone is fine. I can conjure my own memories. The trouble with that is, nobody else knows. And sometimes I get weary of no one else knowing; of pretending that that one special person is in the room with me as the song unwinds, but they're not.

If you find that special song, life is superb if someone else knows it's special, too.