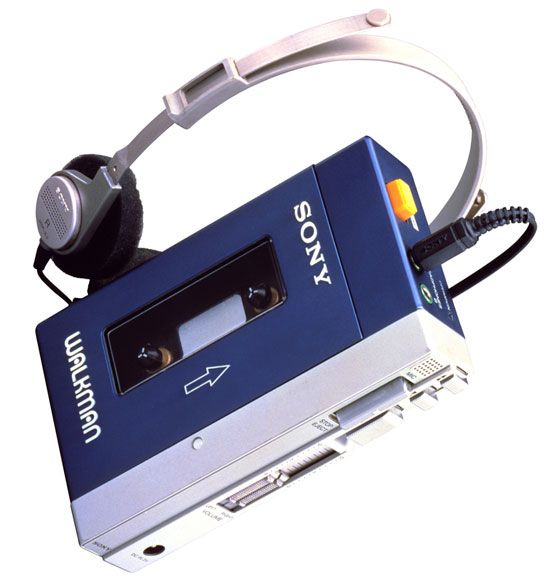 (Can you imagine taking your music with you?)

1979 was in many ways a depressing year. We had a depressing, nay, dreary president. He could sap the fun out of any gathering. He lectured us on TV about our "malaise", not realizing that he was the one who caused it. It was as if by telling us how disappointing we were, we'd snap out of it.

One exciting event of that year was the exploding Ford Pinto. When you drove a Pinto, it definitely took you for a ride. Lucky for me, I had a Chevy Vega.

The Iranian Ayatollah decided to take 44 Americans hostage in December, which resulted in the launch of a 10:30 p.m. TV show called "Nightline", starring Ted Koppel's hair. Our hapless president only managed to make things worse by authorizing an ill-fated mission to rescue the prisoners. The operation went spectacularly wrong.

In household news, Black and Decker introduced something called the "Dustbuster", It was ingenious. Everyone who was anyone raved about their little cordless vacuum. One pitfall of the new invention was that the batteries went dead right in the middle of sucking up toast crumbs from the shag carpet in front of the sofa. Yet we all felt so "with it".

ESPN came into existence in '79. I never watched it, because---sports. On the other hand, a new network called Nickelodeon showed up on cable and we watched it religiously, because---kids. Otherwise we watched 60 Minutes on Sunday nights and followed Mike Wallace as he stalked some unsuspecting scofflaw around dark corners.

Jack Tripper and Chrissy and Janet lived upstairs from the Ropers and sexual innuendo ensued. Eventually, Suzanne Somers wanted to leave the show because she felt her salary was a mere pittance; so thenceforth she phoned it in, literally. Every episode featured a shot of Chrissy on the phone with her apartment-mates, to convince the TV-watching rubes that all was all right on ABC Tuesday nights.

Friday night was "Dukes of Hazzard" night. My three-year-old was obsessed with the show. I wasn't sure why. I did get a kick out of the fact that my son thought the sheriff's name was Roscoe PECO-Train. For my part, I liked the theme song that I surely knew was performed by Waylon Jennings, even though they only showed his hands, but not his face on TV.

Musically, we still possessed stereo components. Sure, Sony had this new gadget that claimed to let one port one's music, but that was kind of goofy; silly. Why did we need to carry our music with us? We had the car radio! This seemed to me akin to the Dustbuster; a sad trail of dead batteries.

Country music was sad, and not in the traditional way. Our big stars were Kenny Rogers and Dave and Sugar.

There were a few sparks, though. This song featured Linda Ronstadt on the original recording. This performance, however, does not. But she couldn't be everywhere. I do want to say, thank you, Rodney Crowell. If it wasn't for you, 1979 would have been lamer than it already was.

Speaking of the Dukes of Hazzard and Rodney Crowell:

In kids news, a McDonald's Happy Meal was a treat that was affordable, even for us, at $1.00. The Muppet Movie was the tenth highest grossing film of the year, and taking a one-year-old and a three-year-old to the movie theater was an experience no parent should miss, for the wailing and the seat-climbing and the chaotic showers of popcorn. Oh, and the movie was good, too.

To relieve the stress and relax my tendons, when we reached home I listened to this:

Anne Murray was still making hits, and I liked this one:

Fashion-wise, we favored bib overalls. Beneath those, we wore blouses with puffy sleeves and a tiny bow at the neck. Throughout the seventies, women wore one-piece contraptions that were hell to undo when one had to pee. Therefore, we were careful to limit our liquid intake. I worked part-time at a retail establishment, so I had to dress up. Since my hourly wage was $2.65, I shopped at K-Mart for work attire. I picked up some below-the-knee skirts and twin sets and high-heeled plastic slides. I purchased my pantyhose at Woolworths, however, because they carried the size that fit best. I honestly don't think I took home any money from that job, after laying out all my earnings to buy appropriate work attire. Wearing pants to work was unheard of. Velour was also the fabric of choice, but if I ever owned a piece of velour clothing, I've blocked it from my mind.

At 9:30 p.m., when I landed at home after work, I poured myself a glass of....Coke...because I didn't drink. I slipped the stereo needle on this:

One can't underestimate the influence the Oak Ridge Boys had on country music in 1979. Aside from Kenny Rogers, who wasn't country, no act was bigger. This video is notable for the lack of giant white beard on William Lee Golden's chin:

In a nutshell, the biggest country acts of the year, aside from Kenny and the ORB's, were Eddie Rabbitt, Crystal Gayle (yes), Moe Bandy, and Don Williams. Some were nearing the end of their careers, some were one-offs, some had a couple of decades yet to go.

In the daytime hours, TV was what TV was -- game shows in the morning, Days of Our Lives in the afternoon. In between, advertisers took great pains to inform moms what they needed to feed their kids to keep them happy and healthy -- KoolAid, Ore-Ida french fries, Kraft Macaroni and Cheese -- all the nutritious choices. On the plus side, however, mothers were still a "thing" then. And kids.

Also, AT&T urged us to reach out and touch someone. I didn't know many people with whom interaction required a long-distance phone call, but if I'd made any "friends" on vacation, trust me; I wouldn't have called them.

Generally with music, I chose to avoid chaos. Life was chaotic enough, with two kids under the age of four, and with my part-time job that ostensibly "contributed to the family coffers". Better days were to come, but that's what days generally do, if one is lucky.

Meanwhile, I relaxed to this: