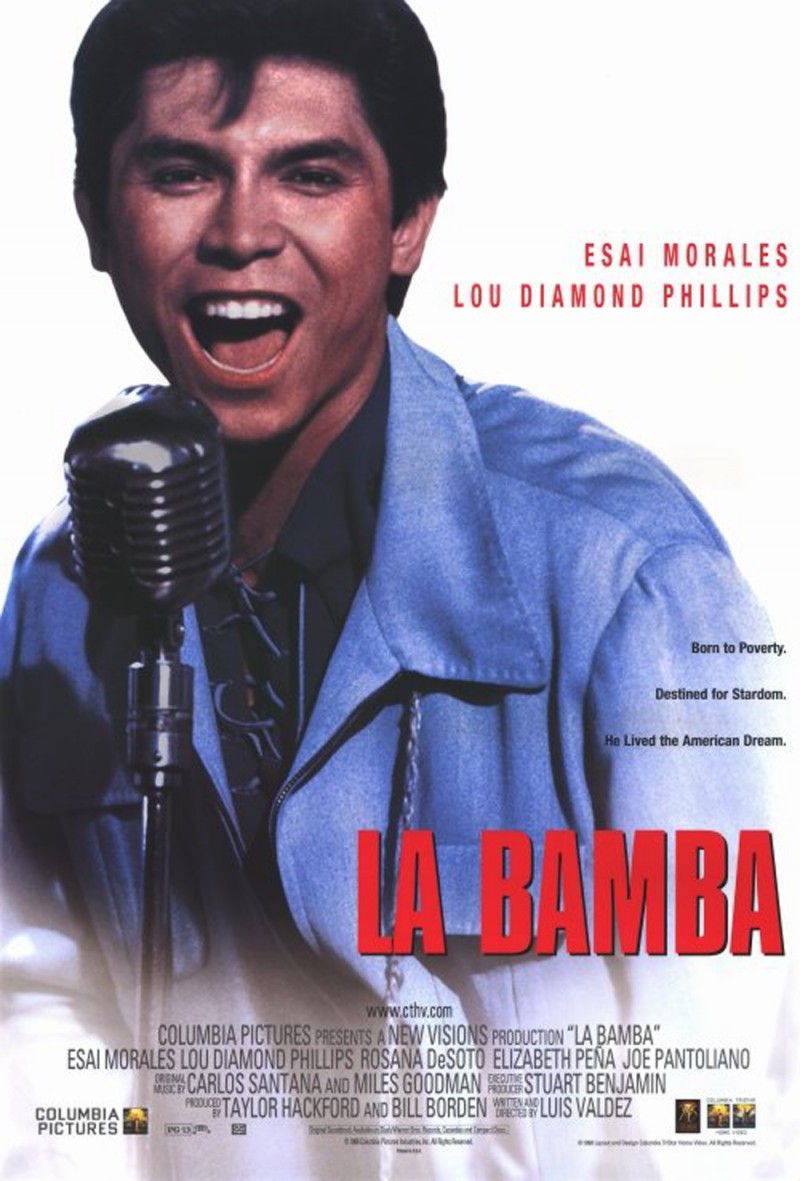 I'm a sucker for musical biopics. I've probably seen all of them, even the bad ones like "Great Balls of Fire" (Dennis Quaid is more convincing in his Esurance commercials.) I liked "The Buddy Holly Story", which starred a pre-crazy Gary Busey. Coal Miner's Daughter is a classic and instituted my long-standing crush on Tommy Lee Jones. Needless to say, "Bohemian Rhapsody" is fabulous. "Walk The Line" is sort of not exactly true.

Today, there was absolutely nothing on TV nor in my DVR queue I wanted to watch, so I checked out the On Demand movies and found La Bamba. There was a time in the eighties when I subscribed to HBO, which liked to play the same movies over and over and over; and thus, I can pretty much recite the lines from La Bamba. That doesn't negate the fact that this is a really good movie. Even trusted source Rolling Stone (I say ironically) rates the movie as the fifth best music biopic of all time.

Like the other artists who inspired the "Day The Music Died" meme, Ritchie Valens was before my time. Over the years I'd heard La Bamba and Come On, Let's Go many times, but I'd never given a second thought to the artist who created the songs. Valens died at the young age of seventeen, which makes me sad, even all these years later. There've been far too many entertainers who've perished in plane crashes, and all of them hurt my heart ~ Jim Croce, Rick Nelson, Patsy Cline, Stevie Ray Vaughn, Otis Redding, John Denver, Buddy Holly, of course.

The movie La Bamba ensured that Ritchie Valens would not be forgotten.

It didn't hurt that Lou Diamond Phillips was cute (he hasn't aged badly, if you've ever caught an episode of Longmire). But his portrayal of Valens was captivating in its innocence mixed with swagger. The musical performances, actually voiced by Los Lobos, are pristine (credit the film's music editor).

Esai Morales, as Ritchie's brother Bob, cringingly overacted his role (Easi is now a much respected producer), which added a touch of okaaay to the viewing experience. Overall, the casting was excellent, from Ritchie's mom (Rosanna DeSoto) to Elizabeth Peña to Danielle von Zerneck  as Donna.

Like everything that's dramatized, the actual music of the era wasn't as good as its recreation. But let's not quibble:

I don't necessarily believe that one split-second decision alters the course of musical history, but if not for a coin flip, we would never have had Waylon Jennings. On the other hand, Buddy Holly would today be a musical elder, whose pronouncements on music we'd gobble up. I guess everything is of its time.